You are here: Home › biology › Guillaume Rondelet and the Aquatic Life 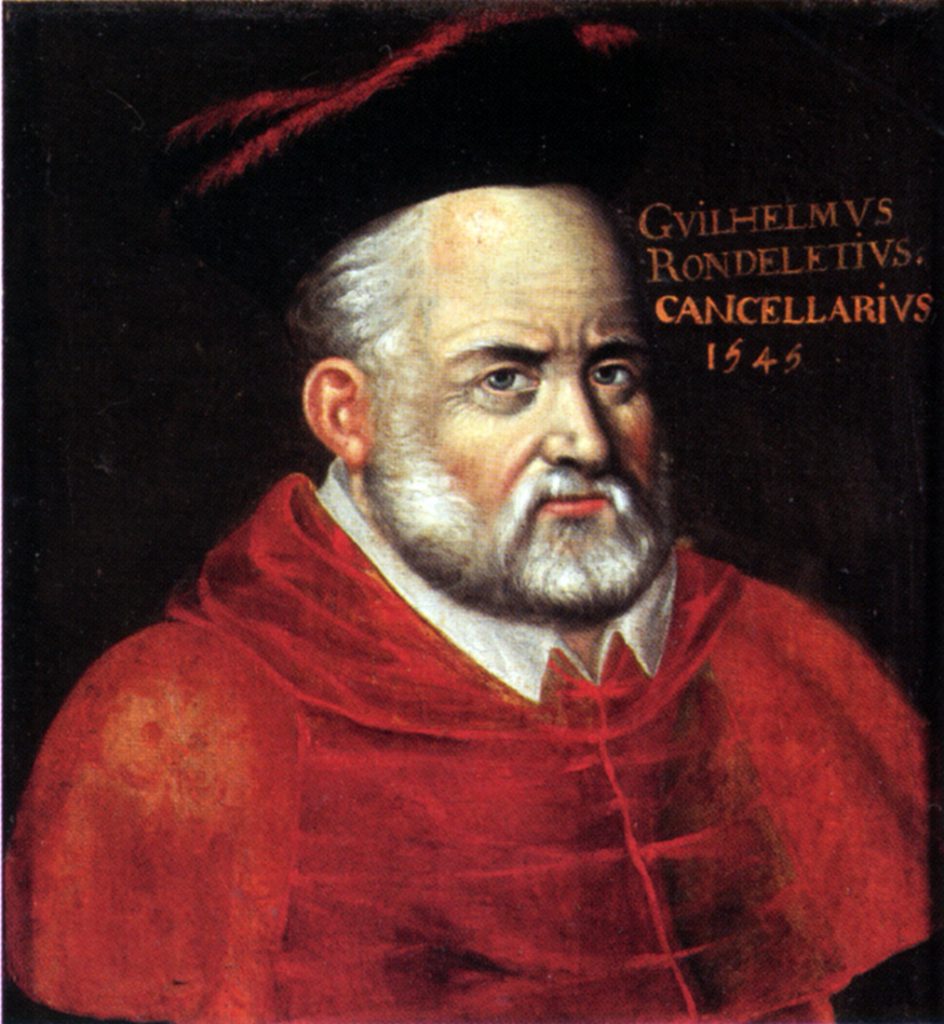 On September 27, 1507, French anatomist and naturalist Guillaume Rondelet was born, who had a particular interest in botany and zoology. His major work was a lengthy treatise on marine animals, which took two years to write and became a standard reference work for about a century afterwards, but his lasting impact lay in his education of a roster of star pupils who became leading figures in the world of late-16th century science.

Guillaume Rondelet was born in Montpellier, France, the son of a herb and spice merchant who died at an early age. His health was poor until he reached the age of 18. Rondelet was educated in Montpellier and was sent to Paris in 1525, where he studied Latin and Philosophy at the University of Paris at the Collège de Sorbonne. As Rondelet was mostly interested in medicine during his studies, he joined the Faculty of Medicine at his home town’s university and became procurator (Student Registrar) within a year. He became friends around this time with a fellow physician, François Rabelais,[4] who later wrote La vie de Gargantua et Pantagruel in which Rondelet is satirised under the thinly disguised alias of “Rondibilis“. While serving as procurator, Rondelet expelled the newly enrolled Nostradamus [5] from the university for being an apothecary and slandering doctors. Rondelet went to Paris in order to study anatomy while supporting himself through teaching. After practicing for a while he managed to finish his doctorate, however, his medical practice was not a great success. He managed his finances badly and he outraged the citizens of Montpellier when he publicly dissected his infant son in an attempt to determine the cause of death.

Cardinal François de Tournon turned out to be a great financial support to Guillaume Rondelet and with his support, he also traveled around parts of France (today’s Belgium and Italy) staying in Rome for three months in 1549. His trip to Italy enabled him to meet many of the Italian scholars whom he knew through his correspondence, among them Luca Ghini at Pisa, Antonio Musa Brasavola at Ferrara, Ulysse Aldrovandi at Padua and Cesare Odo at Bologna. Due to his interest in natural history, Rondelet could really make use of his visits at the coast and was able to write a great treatise on marine animals, titled Libri de piscibus marinis in quibus verae piscium effigies expressae sunt (1554). Rondelet wrote on his work for two years, covering not only fish but all aquatic animals. As it was usual at the time, Guillaume Rondelet made no distinction between fish, marine mammals such as seals and whales, crustaceans and other invertebrates. Overall, he described 244 species of Mediterranean fish. Very critical for the old texts, he rejected all that can appear to him to be a fable. His rising status was confirmed in 1545 by his appointment to the post of Regius Professor of Medicine at Montpellier. 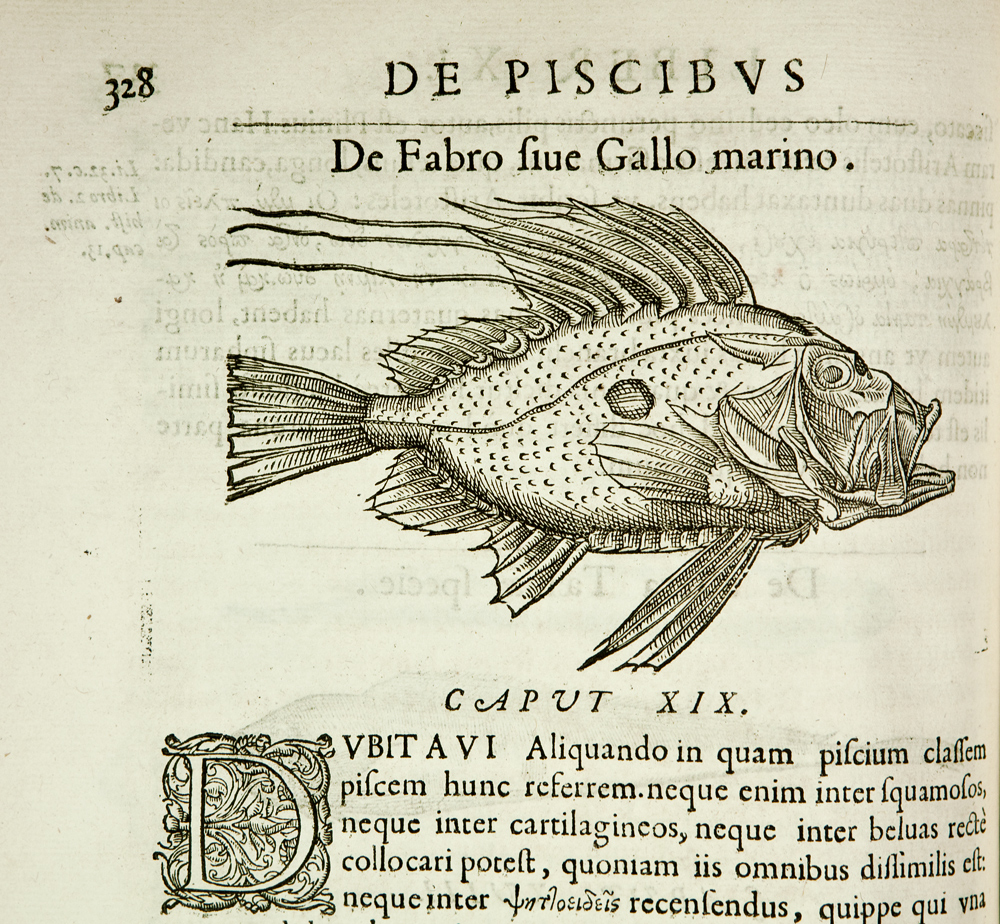 Rondelet’s research focused mainly on the functional aspects of a creature and examined why and how a particular feature or organ functioned. In the case of freshwater fish, for instance, he looked for and compared the swim bladders of freshwater and marine specimens. He dissected and illustrated numerous creatures and his anatomical drawing of a sea urchin is the earlier extant depiction of an invertebrate and he found important anatomical similarities between dolphins, pigs and humans. Rondelet’s work was published in 1554 and used as a standard reference work for many years afterwards and was translated into French in 1558 under the title L’histoire entière des poissons.

In the summer of 1566 Rondelet visited Toulouse. As it was hot, and the hygienic conditions in the medieval city were rather poor, there was an outbreak of dysentery. By the end of July, Rondelet became infected too. That didn’t stop him following a friend’s request to care for his sick wife in Réalmont. As a consequence of the journey, Rondelet’scondition grew worse and he died in Réalmont on July 30, 1566.