You are here: Home › engineering › Marc Seguin and the Wire-Cable Suspension Bridge 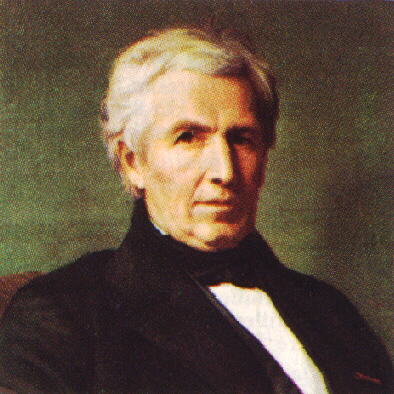 On April 20, 1786, French engineer Marc Seguin was born. He is best known as being the inventor of the wire-cable suspension bridge and the multi-tubular steam-engine boiler.

Marc Seguin was born in Annonay, a French commune in the north of the Ardèche department in the Rhône-Alpes region of southern France, to Marc François Seguin and Thérèse-Augustine de Montgolfier, a niece of Étienne and Joseph Montgolfier, the pioneer balloonists.[7] Séguin developed an early interest in machinery. Introduced to scientific studies by his uncle Joseph, in 1799 he enrolled in the “Institut et Conservateur des Arts et Métiers”. After various sojourns in England, he worked in various fields of mechanical industry, pursuing his studies informally but so successfully that by 1822 he was carrying out promising experiments on the strength of wire cables. Together with his brother Camille he studied the principles of the suspension bridge, at that time built with chain cables. Over the Rhône River at Tournon in 1824 the two brothers erected a bridge suspended from cables made of parallel wire strands, the first of a succession of such modern bridges all over the world. Séguin was also one of the first to suggest the solution to the problem of deflection under load by the addition of web trusses on either side of the roadway. [1]

A Short History of Suspension Bridges

The very first design for a bridge resembling the modern suspension bridge is attributed to Venetian polymath Fausto Veranzio, whose 1595 book Machinae Novae included drawings both for a timber and rope suspension bridge, and a hybrid suspension and cable-stayed bridge using iron chains. In 1801, the Jacob’s Creek Bridge, an iron chain suspension bridge in Westmoreland County, Pennsylvania, was designed by James Finley, which incorporated all of the necessary components of a modern suspension bridge, including a suspended deck which hung by trusses. Early British chain bridges included the Dryburgh Abbey Bridge, constructed in 1817, and the Union Bridge from 1820. The famous Clifton Suspension Bridge,[8] designed in 1831, is one of the longest of the parabolic arc chain type. The very first wire-cable suspension bridge was the Spider Bridge at Falls of Schuylkill (1816), only a modest and temporary footbridge with a span of 124 m. 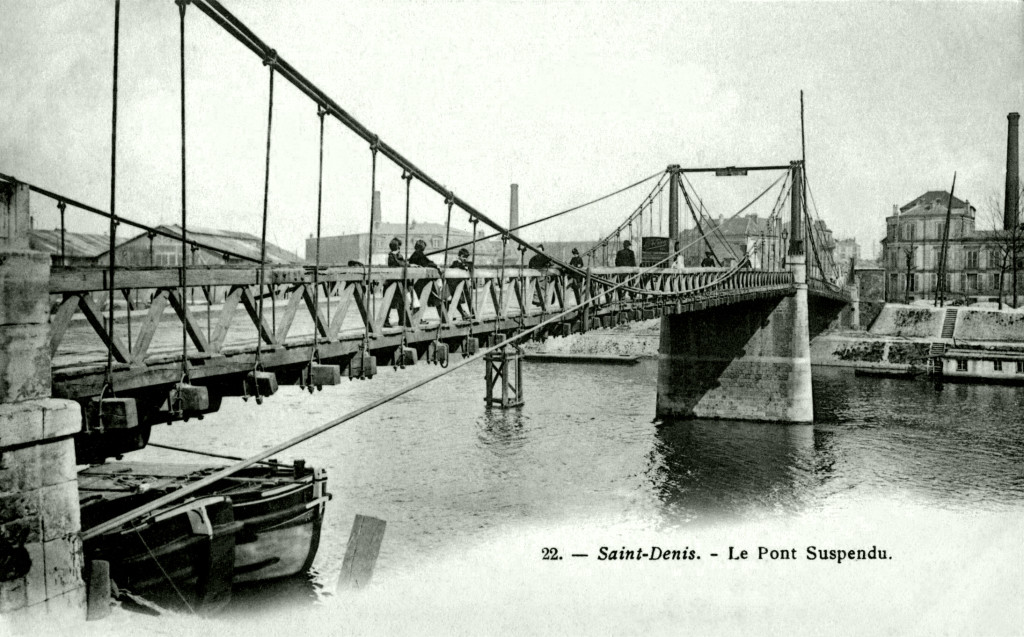 Suspension Bridge over the river Seine connecting Saint-Denis and l’Île Saint-Denis, constructed in 1844 by Marc Seguin and his brothers

The main forces in a suspension bridge of any type are tension in the cables and compression in the pillars. Since almost all the force on the pillars is vertically downwards and they are also stabilized by the main cables, the pillars can be made quite slender. In a suspended deck bridge, cables suspended via towers hold up the road deck. The weight is transferred by the cables to the towers, which in turn transfer the weight to the ground. With a suspension bridge, longer main spans are achievable than with any other type of bridge.

Shortly after the world’s first public railway to use steam locomotives, the Stockton and Darlington Railway in England opened in 1825, Seguin visited it and observed George Stephenson’s Locomotion in operation, which drew Séguin’s attention to the problem of locomotive power.[10] His invention of the multiple-fire-tube boiler, in place of the water-tube boiler used by the earlier steam engines, marked a decisive advance. George Stephenson used the Séguin-type boiler in his Rocket locomotive that won the competition of 1829 on the Liverpool and Manchester Railway. [1] 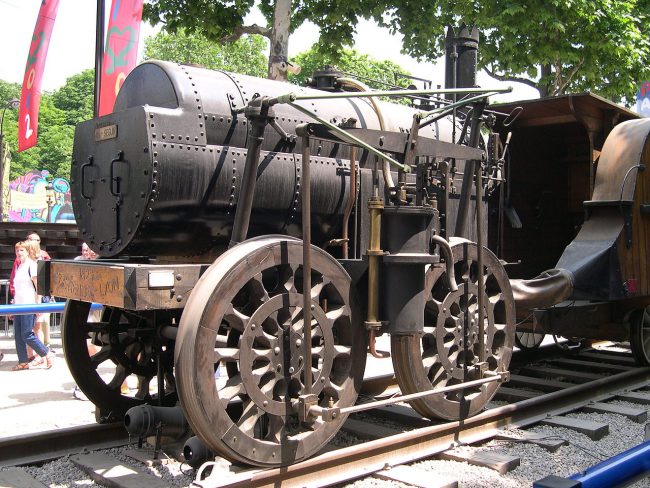 In 1829, Seguin delivered two steam locomotives of his own design to the Saint-Étienne–Lyon railway. These used an innovative multi-tube boiler and also prominent mechanically driven fans to provide draught on the fire, rather than the blastpipe that was coming into common service at this period. Uniquely, Seguin’s design also arranged the furnace in a large square water-jacketed firebox beneath the boiler to provide a large grate area and greater heating capacity. Seguin’s boiler enabled steam-engine trains to increase power and velocity from 4 miles per hour to 25 miles per hour making railroad a more viable mode of transportation. In collaboration with his brother Camille, he played a leading role in the construction of the first French railroad, between Saint-Étienne and Lyon (1824–33). In 1839, owing to his studies of the steam engine, Seguin concluded that heat and work were interconvertable and was said to have estimated the mechanical equivalent of heat.

In 1845, Marc Seguin was voted into the Académie des Sciences. He was made a Knight (Chevalier) of the Légion d’honneur in 1836 and an Officer in 1866, and wrote numerous books on the use of physics and mathematics in building bridges and locomotives engines. He was married three times and had a total of 19 children. Marc Séguin died on 24 February 1875 in Annonnay, at age 88.

One of the most epic engineering feats in history – Alex Gendler, [11]