You are here: Home › engineering › The Mainz Psalter and Major Innovations in Printing 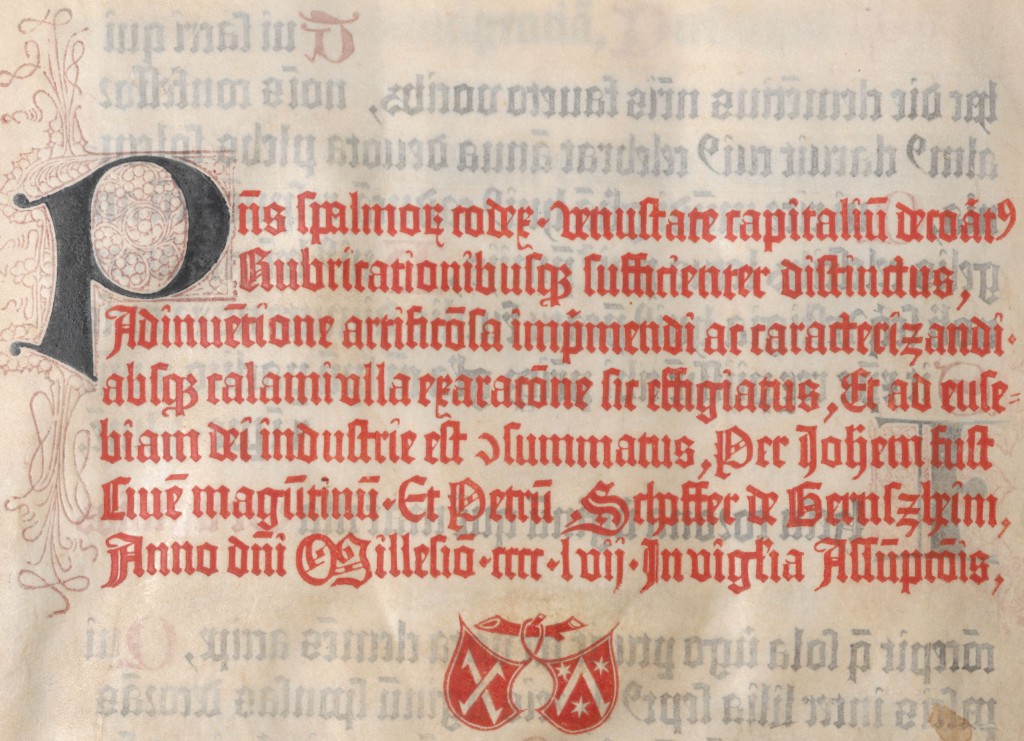 On August 14, 1457, the Mainz Psalter, the second major book printed with movable type in the West, was published according to its colophon, which was the very first to contain a date. Also it was the first important publication issued by Johann Fust and Peter Schoeffer following their split from Johannes Gutenberg.

The Case against Gutenberg

Johann Fust and Peter Schoeffer famously carried on a partnership after Fust sued and won a case against Johann Gutenberg in 1455 for the right to take back his loans that he offered Gutenberg years earlier.[2,3] Peter Schoeffer was an associate of Fust that worked as an apprentice to Gutenberg during the making of the 42-Line Bible. Schoeffer took Fust’s side when the court case was presented to Gutenberg and subsequently had his name join Fust’s on the completed copies of the Bible. 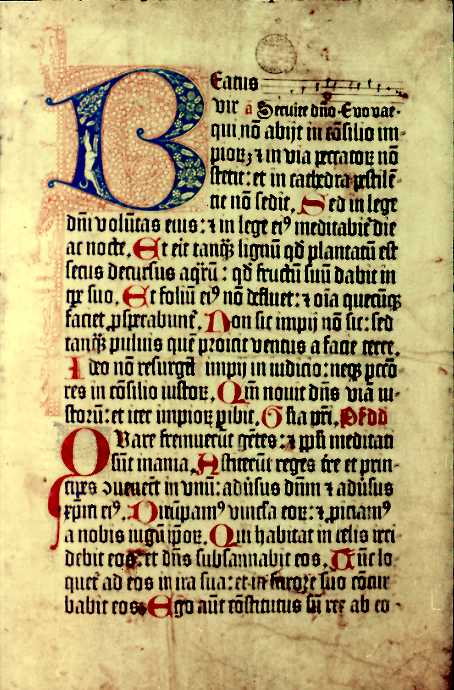 Actually, there were all but three Bibles left to be completed when Fust decided to foreclose on his loans. All in all Gutenberg ended up having to pay 1,200 guilders to Fust along with all of the completed Bibles, unfinished books, and his workshop. From that point on Gutenberg was hardly ever heard from again and Fust went into partnership with Peter Schoeffer. Schoeffer had learned all the fine skills of printing from Gutenberg. This meant that Schoeffer would be able to use the same techniques he had learned and practiced while the businessman Fust could find ways to do what he was best at, which was to sell the books that they were making.

Fust, Schoeffer and the Mainz Psalter

The first publication of the partnership of Fust and Schoeffer was the Mainz Psalter, August 14, 1457, a folio of 350 pages. It is a psalter commissioned by the Mainz archbishop in 1457. The Psalter combines printed text with two-colour woodcuts: since both woodcuts and movable print are relief processes, they could be printed together on the same press. The Psalter is printed using black and red inks, with two-colour initials, and large coloured capitals printed in blue and red inks. These capitals were partly the work of the artisan known as the Fust master, who later also worked for Fust and Schöffer on the 1462 Bible.

Two versions were printed of the Mainz Psalter, the short issue and long issue. The short has 143 leaves, and the long has 175 and was intended for use in the diocese of Mainz. All surviving copies and fragments are on vellum, and it is not known if any paper copies were printed. At least one copy was still being used in services in a monastery in the mid-eighteenth century.

Now, the psalter contained three major innovations in printing technology: it was the first book to feature a printed date of publication, a printed colophon, two sizes of type, printed decorative initials, and the first to be printed in three colours. In early printed books the colophon, when present, was a brief description of the printing and publication of the book, giving some or all of the following data: the date of publication, the place of publication or printing, the name(s) of the printer(s), and the name(s) of the publisher(s), if different. Sometimes additional information, such as the name of a proofreader or editor, or other more-or-less relevant details, might be added. A colophon might also be emblematic or pictorial rather than in words. The normal position for a colophon was after the explicit (the end of the text, often after any index or register). After around 1500 these data were often transferred to the title page, which sometimes existed in parallel with a colophon.

The colophon can be translated as follows:

This volume of the Psalms, adorned with a magnificence of capital letters and clearly divided by rubrics, has been fashioned by a mechanical process of printing and producing characters, without use of a pen, and it was laboriously completed, for God’s Holiness, by Joachim Fust, citizen of Mainz, and Peter Schoeffer of Gernsheim, on Assumption Eve [August 14] in the year of Our Lord, 1457.

The Psalter is the earliest European book with a printed date of publication, though not the first printed book to feature a date associated with its production: in August 1456 the binder and rubricator of a copy of the Gutenberg Bible added handwritten dates to show when these tasks were completed

Julie Dreyfuss, The evolution of the book, TED-Ed [6]