You are here: Home › social science › William Isaac Thomas and the Thomas Theorem 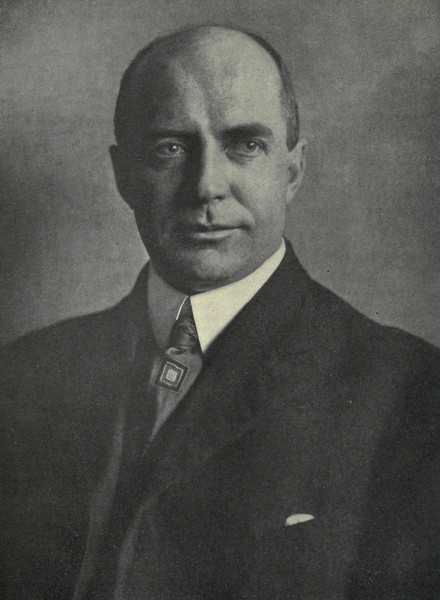 On August 13, 1863, American sociologist William Isaac Thomas was born. Thomas developed innovative work on the sociology of migration and went on to formulate a fundamental principle of sociology, known as the Thomas theorem, in which he contended that, “If men define situations as real, they are real in their consequences“.

William Isaac Thomas was born in Russell County, Virginia to Sarah Price Thomas and his father Thaddeus Peter Thomas, a Methodist minister of Pennsylvania Dutch descent. To improve the educational opportunities of his children the family moved to Knoxville, home of the University of Tennessee. From 1880, Thomas studied literature and classics at the University of Tennessee, where he obtained a B.A. degree in 1884 and became Adjunct Professor in English and Modern Languages. At the same time, he developed an interest in ethnology and social science after reading Herbert Spencer‘s Principles of Sociology.[1] During 1888/1889, he attended Humboldt University in Berlin and Georg August University of Göttingen to pursue studies of classic and modern languages. During his time in Germany, he also furthered his interest in ethnology and sociology under the influence of German scholars such as Wilhelm Wundt.[7]

However, upon his return to the United States in 1889, Thomas taught at Oberlin College in Oberlin, Ohio from 1889 to 1895 as a professor of English and then sociology.[4] In 1894, Thomas was invited to teach a class in sociology at the University of Chicago. The next year, he relocated to the University of Chicago permanently in order to pursue graduate studies in sociology and anthropology in the university’s new department of sociology, where he finished his Ph.D. thesis, On a Difference in the Metabolism of the Sexes, in 1896. After that, he returned to Europe to conduct field studies in various ethnic and cultural problems in preparation for the writing of a comparative work on European nationalities that he never completed.

For nearly the next 25 years, Thomas taught sociology and anthropology at the University of Chicago, becoming instructor in 1895, assistant professor in 1896, associate professor in 1900, and professor in 1910. From 1895 until 1917, he also co-edited the American Journal of Sociology.

1907 saw the publication of Thomas’s first major work, Sex and Society. Despite a biological bias that would nowadays be considered sexist by many (“Anthropologists … regard women as intermediate between the child and the man“), the book was progressive for its time. In “Sex and Society“, Thomas speculated that women’s intellect might actually be superior to men’s “due to their superior cunning” and “superior endurance“. After an initial interest in cultural evolution and the use of comparative materials, Thomas began a sustained focus on analyses of social motivations in various situations of crisis. The major study of his career — The Polish Peasant in Europe and America (1918-1920), written in collaboration with Florian Znaniecki — applied this interest to the adjustments of immigrants. For several years he had collected oral and written reports from Chicago’s Polish community as well as from Poles in their native land. But Thomas tried to show that adjustment was explainable by personal perception and evaluation (definition of the situation) and by socially derived differences in personality.[4]

Thomas and Znaniecki worked out a personality classification system, based on the criterion of adaptability to the social environment, in which three types of personalities were distinguished: the philistine type, characterized by traditional attitudes; the bohemian type, characterized by unstable and disconnected attitudes and a high degree of adaptability; and the creative type. Thomas claimed that social and cultural advances are solely caused by creative individuals capable of discovery and innovation. According his view, personal psychological qualities, as determined by temperament, are the source of progress.[6]

In The Unadjusted Girl (1923), a study of delinquents, Thomas interpreted deviant acts as experimental responses to vague social cues and to practically meaningless traditional codes. With further investigation, Thomas gave increasing emphasis to observing and theorizing on the realistic situations in which persons function.[4] In 1927, Thomas was elected president of the American Sociological Society. Further, he introduced the important concept of the ‘definition of the situation‘, which was later referred to as the Thomas theorem. An example of this major contribution is if James is convinced that George hates him then he will act towards George in a way that will sour their relationship, regardless if George’s hatred is real or imagined. What really counts is the way the actor defines the meaning of the symbol, not what the symbol may mean to the sociologist investigating the actor’s actions.

His last book, Primitive Behavior (1937) was an extensive collection of sociological and anthropological materials on nonliterate societies. In 1942 Thomas moved to Berkeley where he died December 6, 1947 at age 84.[5]