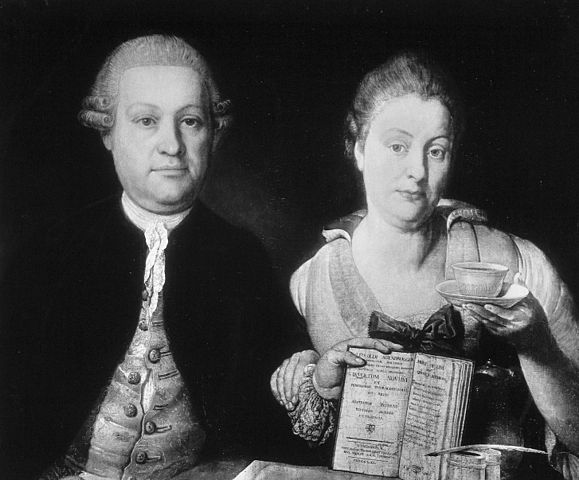 On November 19, 1722, Austrian physician Leopold Auenbrugger was born. Auenbrugger invented percussion – the art of striking a surface part of the body with short, sharp taps to diagnose the condition of the parts beneath the sound – as a diagnostic technique. On the strength of this discovery, he is considered one of the founders of modern medicine. Auenbrugger invented the method of auscultating the patient‘s chest in 1754, while the French physician René Laennec invented the stethoscope in 1816.

Auenbrugger was born in Graz in Styria, an Austrian province. His father, a wealthy hotel keeper, who died when Leopold was quite young. Nevertheless, he gave his son every opportunity for an excellent preliminary education in his native town and then sent him to Vienna to complete his studies at the university of Vienna, where one of his teachers was Gerhard van Swieten, who, through a series of reforms had made the medical faculty one of the leading in Europe. Auenbrugger was graduated as a physician at the age of 22 and then entered the Spanish Military Hospital of Vienna, where he worked as assistant physician from 1751 to 1758, but did not receive a salary until 1755. Because of his work in the hospital, Empress Maria Theresia in 1757 ordered the Faculty of Medicine to admit him as a member without charging him any fees. From 1758 to 1762 he was chief physician at the Spanish Hospital, obtaining experience in diagnosis of chest diseases. After leaving the Spanish Hospital Auenbrugger became one of Vienna’s most distinguished physicians.

During this time, he found out that, by applying his ear to the patient and tapping lightly on the chest, one could assess the texture of underlying tissues and organs. This technique of percussive diagnosis had its origins in testing the level of wine casks in the cellar of his father’s hotel. At that time, pulse and respiration were the principal tools of examination, of patients suffering from diseases of chest. With his new method, he was able to plot outlines of the heart. It was the first time that a physician could relatively accurately and objectively determine an important sign of diseases. He published his findings in a booklet, but nobody paid much attention to it. However, this method was already used by Avicenna about 1000 years before that for medical practice such as using percussion over the stomach to show how full it is, and to distinguish between ascites and tympanites.[13]

The Diagnostic Value of Percussion

During his ten years of patient study, Auenbrugger confirmed his observations on the diagnostic value of percussion by comparison with post-mortem specimens, and besides made a number of experimental researches on dead bodies. He injected fluid into the pleural cavity, and showed that it was perfectly possible by percussion to tell exactly the limits of the fluid present, and thus to decide when and where efforts should be made for its removal. His name is also associated with Auenbrugger’s sign, a bulging of the epigastric region in the thorax, in cases of large effusions of the pericardium, the membrane which envelops the heart.

His later studies were devoted to tuberculosis. He pointed out how to detect cavities of the lungs, and how their location and size might be determined by percussion. He also recognized that information with regard to the contents of cavities in the lungs and conditions of lung tissue might be obtained by placing the hand on the chest and noting the vibration, or fremitus, produced by the voice and breath. These observations were published in 1761 a little book called Inventum Novum ex Percussione Thoracis Humani Interni Pectoris Morbos Detegendi, the full English title being “A New Discovery that Enables the Physician from the Percussion of the Human Thorax to Detect the Diseases Hidden Within the Chest“. Among other things, he described the phenomenon of damping and explained it with the reduced air content of the tissue. He also listed various clinical pictures in which he found an increased damping of the knocking sound. It is considered a book that marks an epoch in the modern history of medicine.

A Pioneer of Physical Diagnostics

Like most medical discoveries, Auenbrugger’s method of diagnosis at first met with indifference. Only another of his writings on the treatment of various diseases with Camphor (1783) brought him far greater prestige. In 1784 he was awarded the noble title Noble of Auenbrugg.Before his death, however, it had aroused the attention of French physician René Laennec, who, following up the ideas suggested by it, discovered auscultation. The value of percussion in physical examination was later recognized by Jean-Nicolas Corvisart in France and by Josef Skoda in Vienna. It was not until a French translation by Jean-Nicolas Corvisart des Marest, personal physician to Napoleon, appeared in 1808 that the diagnostic method gained worldwide acceptance.[3] The first version in German was published in Vienna in 1843.

Auenbrugger lived to the happy old age of 86. He is sometimes said to have died in the typhus epidemic of 1798, but the burial register of the parish church in Vienna, of which he had been for half a century a faithful member, shows that he did not die until 1807.[2]