You are here: Home › biology › Karl von Frisch and the Dancing Bees 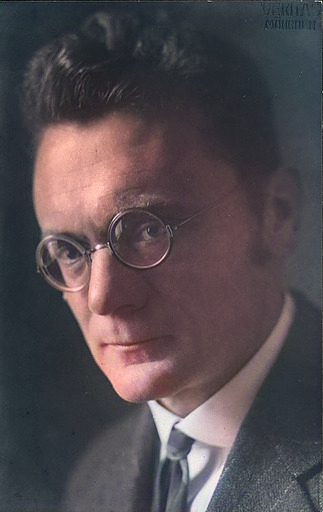 On November 20, 1886, Austrian ethologist and Nobel Laureate Karl Ritter von Frisch was born. His work centered on investigations of the sensory perceptions of the honey bee and he was one of the first to translate the meaning of the waggle dance, which he described in his 1927 book “Aus dem Leben der Bienen” (The Dancing Bees). He received the Nobel Prize in Physiology or Medicine in 1973, along with Nikolaas Tinbergen [10] and Konrad Lorenz.[9]

Man in his thirst for knowledge
Ponders and researches all his life long,
Only to realize with abandon:
Basically he can understand nothing.
– Karl von Ritter – Resignation (1967)

Karl von Frisch was a grandson of Anton Ritter von Frisch (1811-1886), a general staff physician who was ennobled in 1877. He was the youngest of four sons of the surgeon and urologist Anton Ritter von Frisch (1849-1917) and his wife Marie von Frisch née Exner. After his school time at the Schottengymnasium and the 1905 passed Matura he first studied medicine, but changed after five semesters to zoology and studied in Munich from 1908 with Richard von Hertwig. In 1909 he returned to Vienna and worked with Hans Leo Przibram at the Biological Research Institute, where he received his PhD in 1910 with a thesis on the relationship of pigment cells in the fish skin to the sympathetic nervous system. In the same year he became Hertwig’s assistant at the Zoological Institute of the Ludwig-Maximilians-University in Munich, where he habilitated in 1912 with Über farbige Anpassungen bei Fischen (On colour adjustment for fishes) and became a private lecturer for zoology and comparative anatomy. During the First World War he worked in medicine and bacteriology at the Rudolfinerhaus in Vienna from 1914 to 1919. In 1919 he was appointed an extraordinary professor, again in Munich near Hertwig.

In 1921 von Frisch became professor of zoology and director of the institute at the University of Rostock. In 1923 he followed a call to Breslau, but then returned to the University of Munich in 1925, where he became director of the Zoological Institute. In 1924, together with Alfred Kühn, he founded the Zeitschrift für vergleichende Physiologie (Journal of Comparative Physiology), which was published in 1972. With the support of the Rockefeller Foundation, he succeeded in establishing a new zoological institute in Munich in 1931/32 (although it has since been demolished). During the Third Reich it was difficult for Karl von Frisch to keep his job, especially since he had a Jewish grandmother and did not actively cooperate with National Socialism. Frisch was forced into retirement, but the decision was reversed due to advances in his research on combating nosema infections in bees and his forced retirement was postponed until after the war. Frisch also worked actively to help Polish scientists who had been singled out for internment by the Gestapo. In 1946 Frisch went to work at the University of Graz since the Munich institute was destroyed during the war, remaining there until 1950, when he returned to the Munich institute after it was reopened. 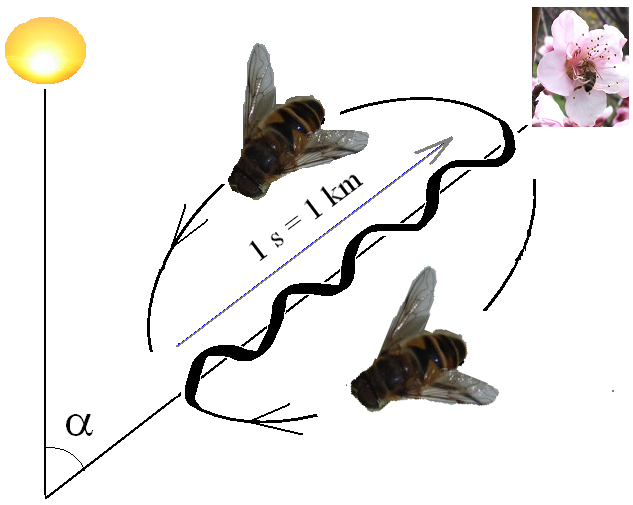 Frisch studied aspects of animal behavior, including animal navigation, in the Carniolan honey bee, a subspecies of the European honey bee. Knowledge about feeding places can be relayed from bee to bee. The means of communication is a special dance of which there are two forms, the round dance and the waggle dance. The so called round dance provides the information that there is a feeding place in the vicinity of the beehive at a distance between 50 and 100 meters, without the particular direction being given. By means of close contact among the bees it also supplies information about the type of food. The waggle dance on the other hand is used to relay information about more distant food sources. In order to do this, the dancing bee moves forward a certain distance on the vertically hanging honeycomb in the hive, then traces a half circle to return to her starting point, whereupon the dance begins again. On the straight stretch, the bee waggles with her posterior. The direction of the straight stretch contains the information about the direction of the food source, the angle between the straight stretch and the vertical being precisely the angle which the direction of flight has to the position of the sun. The distance to the food source is relayed by the time taken to traverse the straight stretch, one second indicating a distance of approximately one kilometer. The other bees take in the information by keeping in close contact with the dancing bee and reconstructing its movements. They also receive information via their sense of smell about what is to be found at the food source.

Next to his work on bee dances, Karl Frisch also researched on bee perception, including the sense of smell, powers of orientation, internal clock, and optical perception. Frisch’s honey bee work further included the study of the pheromones that are emitted by the queen bee and her daughters, which maintain the hive’s very complex social order. Outside the hive, the pheromones cause the male bees, or drones, to become attracted to a queen and mate with it. Inside the hive, the drones are not affected by the odor.

In 1958 he became emeritus professor, but continued his scientific research in the following years. Karl Ritter von Frisch died on 12 June 1982 in Munich at age 95.

The Waggle Dance of the Honeybee, [8]