You are here: Home › medical science › Avicenna – The Most Significant Polymath of the Islamic Golden Age 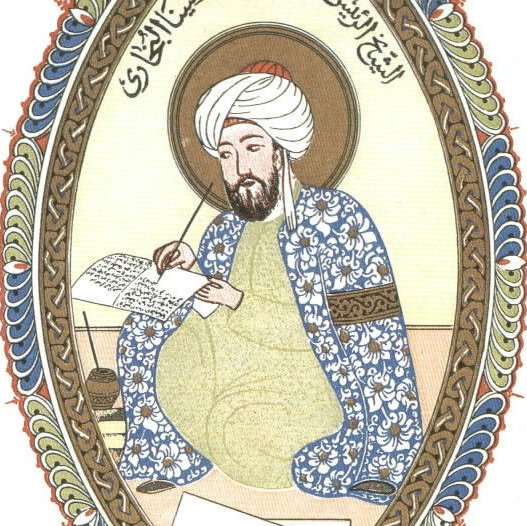 At about 980, Persian polymath bū ʿAlī al-Ḥusayn ibn ʿAbd Allāh ibn Al-Hasan ibn Ali ibn Sīnā, also known as Avicenna, was born. Avicenna is regarded as one of the most significant thinkers and writers of the Islamic Golden Age. His most famous works are The Book of Healing – a philosophical and scientific encyclopedia, and The Canon of Medicine – a medical encyclopedia, which became a standard medical text at many medieval universities and remained in use until the 18th century. Besides philosophy and medicine, Avicenna‘s corpus includes writings on astronomy, alchemy, geography and geology, psychology, Islamic theology, logic, mathematics, physics and poetry.

“The knowledge of anything, since all things have causes, is not acquired or complete unless it is known by its causes.”
— Avicenna, On Medicine, c. 1020

Avicenna was born in Afšana, a village near Bukhara (in present-day Uzbekistan), the capital of the Samanids, a Persian dynasty in Central Asia and Greater Khorasan. His father, Abdullah, was a respected Ismaili scholar from Balkh, today a region in Afghanistan, who was governor of a village in one of Nuh ibn Mansur’s estates, the Sultan in Bukhara. Avicenna first began to learn the Quran and literature. According to his autobiography, Avicenna had memorized the entire Quran by the age of 10. He learned Indian arithmetic from an Indian greengrocer and he began to learn more from a wandering scholar who gained a livelihood by curing the sick and teaching the young. Avicenna learned some extent of philosophy books such as Introduction (Isagoge)’s Porphyry, Euclid’s Elements, and Ptolemy’s Almagest.

As a teenager, he was greatly troubled by the Metaphysics of Aristotle, which he could not understand until he read al-Farabi’s commentary on the work. Forty times, it is said, he read through the Metaphysics of Aristotle. He turned to medicine at 16, and not only learned medical theory, but also by gratuitous attendance of the sick had, according to his own account, discovered new methods of treatment. The teenager achieved full status as a qualified physician at age 18. Ibn Sina’s first appointment was that of physician to the emir, Nuh II, who owed him his recovery from a dangerous illness (997). Ibn Sina’s chief reward for this service was access to the royal library of the Samanids, well-known patrons of scholarship and scholars.

When Ibn Sina was 22 years old, he lost his father and Samanid dynasty came to its end. After a period of wandering, Ibn Sina went to Hamadan in west-central Iran. Here he settled for a while becoming court physician. The ruling Buyid prince, Shams ad-Dawlah, twice appointed him vizier. Politics was not easy at that time and ibn Sina was forced into hiding for a while by his political opponents and he also spent some time as a political prisoner in prison.[1] Ibn Sina’s two most important works are The Book of Healing and The Canon of Medicine (Al-Qanun fi’t-Tibb). The first is a scientific encyclopaedia covering logic, natural sciences, psychology, geometry, astronomy, arithmetic and music. The second is the most famous single book in the history of medicine. It was used as a medical textbook in the Islamic world and Europe up to the 18th century. 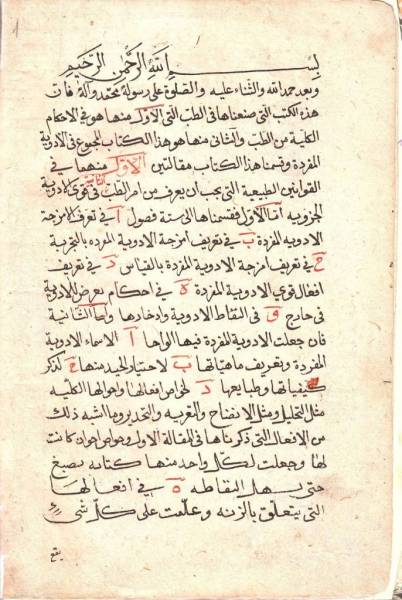 12th-century manuscript of the Canon, kept at the Azerbaijan National Academy of Sciences.

Often caught up in the tempestuous political and religious strife of the era, Avicenna’s scholarship was unquestionably hampered by a need to remain on the move. At Eṣfahān, under ʿAlā al-Dawla, he found the stability and security that had eluded him. If Avicenna could be said to have had any halcyon days, they occurred during his time at Eṣfahān, where he was insulated from political intrigues and could hold his own scholars’ court every Friday, discussing topics at will. In this salubrious climate, Avicenna completed the Book of Knowledge and the Book of Salvation, and compiled new and more-accurate astronomical tables.[3]

“An ignorant doctor is the aide-de-camp of death.”
— Avicenna, as quoted in Familiar Medical Quotations (1968) by Maurice B. Strauss

Nevertheless, he continued to travel and the too much mental exertion as well as political chaos spoilt his health. The last ten or twelve years of his life, he spent in the service of Abu Ja’far ‘Ala al-Dawla, whom he accompanied as physician and general literary and scientific consultant.[2] While in the company of ʿAlā al-Dawla, Avicenna fell ill with colic. He treated himself by employing the heroic measure of eight self-administered celery-seed enemas in one day. However, the preparation was either inadvertently or intentionally altered by an attendant to include five measures of active ingredient instead of the prescribed two. That caused ulceration of the intestines. Following up with a mild opium remedy, a slave attempted to poison Avicenna by surreptitiously adding a surfeit of opium. Weakened but indefatigable, he accompanied ʿAlā al-Dawla on his march to Hamadan. On the way he took a severe turn for the worse, lingered for a while, and died in the holy month of Ramadan in 1037.[3]

Avicenna’s wrote about 450 works, of which around 240 have survived. Of the surviving works, 150 are on philosophy while 40 are devoted to medicine, the two fields in which he contributed most. He also wrote on psychology, geology, mathematics, astronomy, and logic. Avicenna’s most important work of philosophy and science is Kitāb al-shifāʾ, which is a four-part encyclopaedia covering logic, physics, mathematics, and metaphysics. Since science was equated with wisdom, Avicenna attempted a broad unified classification of knowledge. Logic was viewed by Avicenna as instrumental to philosophy, an art and a science to be concerned with second-order concepts. Avicenna’s penchant for categorizing becomes immediately evident in the Canon of Medicine, which is divided into five books: The first book contains four treatises, the first of which examines the four elements (earth, air, fire, and water) in light of Greek physician Galen of Pergamum’s four humours (blood, phlegm, yellow bile, and black bile). The first treatise also includes anatomy. The second treatise examines etiology (cause) and symptoms, while the third covers hygiene, health and sickness, and death’s inevitability. The fourth treatise is a therapeutic nosology (classification of disease) and a general overview of regimens and dietary treatments.[3]

Avicenna gives a theory of knowledge, describing the abstraction in perceiving an object rather than the concrete form of the object itself. In metaphysics Avicenna examined existence. He considers the scientific and mathematical theory of the world and ultimate causation by God. In modern Iran, Avicenna is considered a national icon, and is often regarded as one of the greatest Persians to have ever lived. Avicenna must be seen in context with his Islamic colleagues al-Rāzī, Ibn Rushd (Averroës)[4], or Ibn Zuhr (Avenzoar), and others – who, during the Islamic golden age, served as invaluable conduits of textual transmission and interpretation of Hellenistic learning for an amnesic Europe. First through Sicily and Spain and then via the Crusades, the rich cultural enlightenment of the Islamic world awakened a benighted Europe from its intellectual slumber, and Avicenna was perhaps the movement’s greatest ambassador.[3]