You are here: Home › engineering › John A. Roebling – The Father of the Brooklyn Bridge 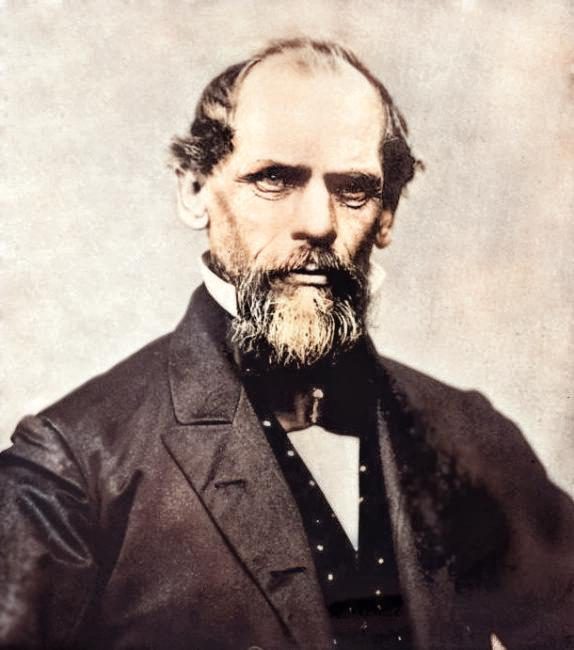 On June 12, 1806, engineer John Augustus Roebling was born. He was best known for the design of the Brooklyn Bridge. Sadly Roebling passed away 14 years before the famous bridge in New York City City was opened.

John A. Roebling was born in Mühlhausen, he spent all his school life in Thuringia and later enrolled at the Bauakademie in Berlin. He studied architecture, bridge construction, dyke construction, hydraulics, engineering, and found out about the first suspension bridges, built in Bavaria. He even travelled to Bamberg to inspect the process of construction on his own. Although his interests belonged mainly into the field of engineering, he was also an eager student of the very famous philosopher Georg Wilhelm Friedrich Hegel, whose most favorite student he became.[9]

At 25, John A. Roebling emigrated with his brother and many others from Mühlhausen to America, where they bought some land and named it Germania. The first years overseas, he worked as a farmer, but after the death of his brother, John Roebling he began his career as an engineer for the state of Pennsylvania. In his garage he was constructing a wire rope, which led to Roebling’s success with the suspension bridges he started building only three years later, in 1844. His first big project was the canal bridge crossing the Allegheny River in Pennsylvania, and only one year later, he designed the a suspension bridge over the Monongahela River in Pittsburgh. More projects were to follow, but the real dream of John A. Roebling was still the connecting bridge of Manhattan and Brooklyn. 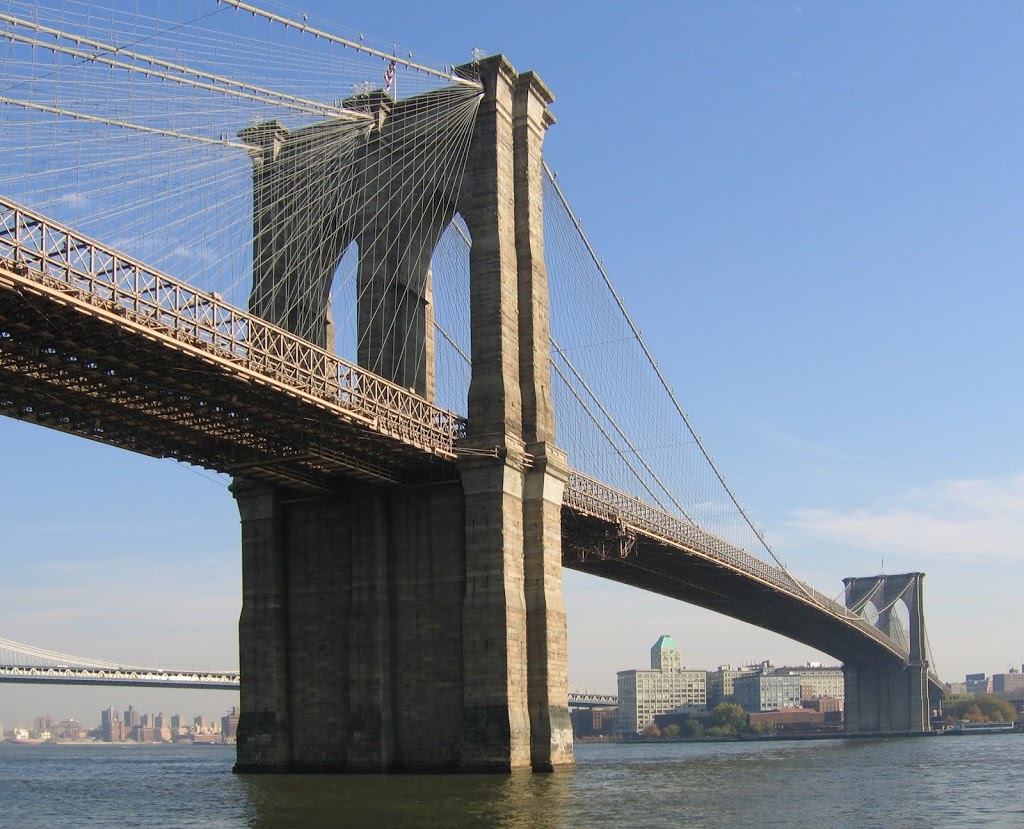 In 1845 he built the Smithfield Street Bridge, a suspension bridge over the Monongahela River in Pittsburgh, and in 1848 he designed two more aqueducts as suspension bridges over the Delaware and Hudson Canal (see Delaware and Hudson Railway). During this time he moved to Trenton (New Jersey). His next project was the Niagara Falls Suspension Bridge, a railway and road bridge, which he began building in 1851 for the New York Central Railroad and the Great Western Railway from Canada over the Niagara River. The bridge was 250 meters long and two-storey, for the railway and for the road. The construction took a total of four years. During this time he also began building a railway bridge over the Kentucky River between Lexington and Danville, which was to have a span of over 370 metres. However, this structure was never completed because the Lexington and Danville Railroad company had to file for bankruptcy beforehand.

The Construction of the Brooklyn Bridge

During the American Civil War, Roebling’s work came to a temporary halt. But already in 1863 he supervised the construction of a bridge over the Ohio River in Cincinnati, which was completed in 1867. This structure, later named after him John A. Roebling Suspension Bridge, was the longest suspension bridge in the world with a span of 322 meters until the construction of the Brooklyn Bridge. During a freezing boat ride across the river he promised his son Washington to build the suspension bridge of over 1800 m length that would cross the unpredictable East River. And indeed in 1867, the ‘New York Bridge Company‘ was founded and John A. Roebling became its chief engineer. He designed the bridge to a large extent, putting all his knowledge and experience in this lifetime project, but the good luck was not on his side this one day in 1869. During some planning work at the river, his foot was damaged by a ferry, which caused him to suffer from Tetanus and finally pass away two weeks later. As a fervent follower of homeopathy, Röbling had rejected conventional medical treatment and only treated the wound with water.

Washington Roebling, who was not only John Augustus Roebling’s oldest son, but also best friend and closest consultant, was to finish constructing his father’s dream. Only a few years later, he was paralyzed and also not able to bring the Brooklyn Bridge to its final opening. His wife Emily then took on the construction management. She completed her family’s work and was the first to cross the bridge in 1883. Today, the Brooklyn Bridge has six lanes for motor vehicles, with a separate walkway along the centerline for pedestrians and bicycles.

One of the most epic engineering feats in history – Alex Gendler, [11]