You are here: Home › physics › James Clerk Maxwell and the Electromagnetic Fields 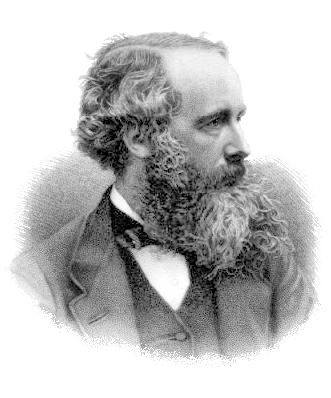 On June 13, 1831, Scottish physicist James Clerk Maxwell was born. His most prominent achievement was formulating a set of equations that united previously unrelated observations, experiments, and equations of electricity, magnetism, and optics into a consistent theory. According to his theory he has demonstrated that electricity, magnetism and light are all manifestations of the same phenomenon, namely the electromagnetic field. This has been called the “second great unification in physics”, after the first one realized by Isaac Newton.

James Clerk Maxwell was born in Edinburgh, Scotland, to John Clerk Maxwell of Middlebie, an advocate, and Frances Cay. Maxwell’s mother died when he was only eight years old. He mostly received education in the field of religion as a child and continued his academic career at the Edinburgh Academy. In 1847 Maxwell enrolled at Edinburgh University and studied natural philosophy, moral philosophy and mental philosophy. In Edinburgh he studied with Sir William Hamilton. At the age of 18, still a student in Edinburgh, he wrote two papers for the Transactions of the Royal Society of Edinburgh. In 1850 Maxwell moved to the University of Cambridge. He first enrolled at Peterhouse but then went to Trinity College because he thought it would be easier to get a scholarship there. Maxwell completed much of the work on his electromagnetic equations when he was still an undergraduate student. In 1854 Maxwell graduated with the second best mathematics examination of his year.

On Faraday’s Lines of Force

Immediately after graduation, he published a scientific treatise, On Faraday’s Lines of Force, in which he gave a first indication of his electrical research, which would culminate in the most important work of his life. Just a few years later, he published On the Stability of Saturn’s Rings coming to the conclusion that Saturn’s rings could not be liquid or gaseous and in order to be stable they had to be made of solid fragments. One of Maxwell’s most important research fields became kinetic theory, and he made significant contributions in concerns of several important experiments and tests he performed. The Maxwell-Boltzmann distribution also resulted from his research on kinetic theory. It described the percentage of molecules moving at a certain temperature with a certain speed and depicted an important part of thermodynamics.

“Colour as perceived by us is a function of three independent variables at least three are I think sufficient, but time will show if I thrive.”
– James Clerk Maxwell, in a letter to William Thomson

From 1855 to 1872, he published a series of valuable researches on color vision and color blindness at intervals. The instruments he used for these researches were simple and useful (e.g. colour spinning tops). “For his research on the composition of colours and other contributions to optics” he was awarded the Rumford Medal by the Royal Society in 1860. In 1856 Maxwell was appointed to the chair of natural philosophy at Marischal College in Aberdeen which he held until it merged with King’s College in 1860. In 1860 Maxwell became professor at King’s College London. In 1861 he was elected a member (“Fellow”) of the Royal Society.

Despite the fact, that James Clerk Maxwell made many influential publications on a variety of scientific fields, his most important research area was the electricity. His greatest results were the extension of Michael Faraday‘s [2] and André-Marie Ampère’s [3] researches on magnetism and electricity. He combined their numerous differential equations to very few ones making history as the Maxwell Equations. In doing so, he supported the hypothesis of the identity of electricity and magnetism, which had been widespread since the beginning of the 19th century, with a plausible mathematical model. Maxwell’s Equations were published in 1864 at the Royal Society, of which Maxwell has been a fellow member for several years, and they describe the behavior of magnetic and electric fields and their interaction with matter. Also, the brilliant physicist predicted waves of swinging electric and magnetic fields, moving through a vacuum. His predictions were later verified by Heinrich Hertz and depicted the foundations of radio technology.[9] 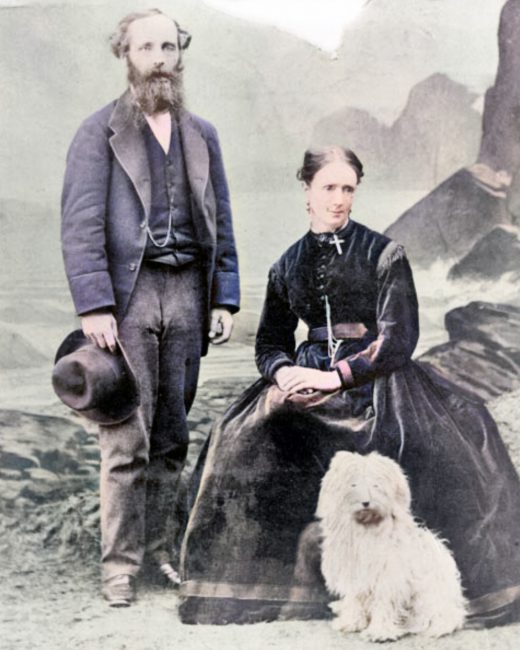 One of Maxwell’s most important researches was on kinetic gas theory. Starting with Daniel Bernoulli,[10] this theory was further elaborated by the following investigations of John Herapath, John James Waterston, James Prescott Joule [11] and especially by Rudolf Clausius.[4] It reached such perfection that its predictive accuracy made it beyond all doubt. Maxwell, who proved to be a brilliant experimenter and theorist in this field, developed it further in a superior way. In 1860 Maxwell formulated the kinetic theory of gases which was later generalized by Ludwig Boltzmann.[12] His formula, called the Maxwell distribution, calculates the proportion of gas molecules that move at a certain speed at a given temperature. In kinetic gas theory, temperature and pressure cause the molecules to move. This approach to the object of research generalized the previous laws of thermodynamics and explained the observations and experiments in more detail. Maxwell’s work on thermodynamics led him to a thought experiment that became known as “Maxwell’s Demon“. In 1865 Maxwell moved to Glenlair in Kirkcudbrightshire, to the estate he had inherited from his father John Clerk Maxwell. In 1868 he resigned from the chair of physics and astronomy at King’s College in London.

To his last scientific contributions belonged the evaluation of Henry Cavendish‘s works.[14] Cavendish was an influential chemist and physicist of the 18th century. Maxwell found out, that Cavendish already researched on the composition of water and the density of planet Earth. When Maxwell died in 1879 at the age of 48, John William Strutt, 3rd Baron Rayleigh became his successor. Maxwell is today seen as the physicist of the 19th century with the greatest influence on the science of the 20th century. He is known to have built bridges between mathematics and physics and his theories were soon after his death accepted globally.