You are here: Home › chemistry › A Life of Discoveries – the great Michael Faraday 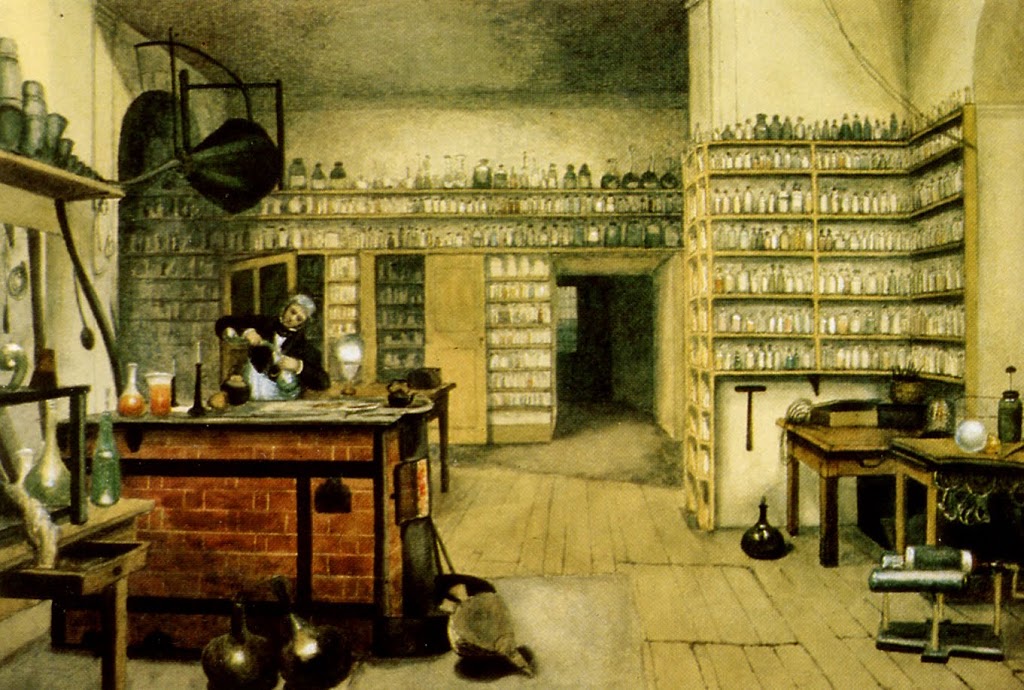 On September 22, 1791, the famous chemist and physicist Michael Faraday  was born. He is responsible for the discovery of the electromagnetic induction, the laws of electrolysis and best known for his inventions, which laid the foundations to the electrical industry. But, to understand the person and the scientist Michael Faraday, we have to look a little bit into his background and his development.

“I was at first almost frightened when I saw such mathematical force made to bear upon the subject, and then wondered to see that the subject stood it so well.” – Michael Faraday

Michael Faraday was born in 1791 in England as the son of a poor blacksmith. At the age of 13, he ended his formal schooling education to start working for George Riebau, where he later began an apprenticeship as bookbinder. Riebau supported Michael and the little experiments he was able to perform in the back room of the shop, inspired by the lectures by John Tatum he visited. After his schooling was done at the fatherly George Riebau, Faraday was to begin his career as a bookbinder, but secretly never really intended to do so. Again through Riebau he could attend some lectures of the famous Humphry Davy [4], whom he was able to show some notes he had taken from all the lectures and eventually he got hired at the Royal Institution of Great Britain as a lab assistant.

Humphrey Davy counts as one of Faraday’s most important influences and as one of his greatest supporters. Unfortunately, their good relationship had fallen apart when Faraday developed away from the unknown assistant to a widely famous scientist himself, Davy even accused him of plagiarism. However, at the Institution he arrived at the place he has always dreamed of and it would become the center of his life (next to Sarah Barnard, whom he later married). At the Institution’s basement, where his lab was located he was able to perform about 30,000 experiments and published more than 450 scientific articles. Faraday became a passionate lecturer and soon one of the most discussed and most admired scientists.

In 1821, Faraday firstly introduced himself into the scientists society through publishing an article about electromagnetic rotation, a physical breakthrough. In fact without being honored, but with the mentioned wrong accusations by Davy and Hyde Wollaston. Faraday could also make major contributions to the field of chemistry, and spent several years in developing optical lenses. In 1824 Faraday was voted into the Royal Society and again to the dissatisfaction of Humphry Davy. Seven years later he could achieve another milestone in his scientific career. He discovered the electromagnetic induction, a major requirement for the electric motor.

Faraday published further works of electrolysis, magnetism, and light. He has managed to achieve some of the greatest experiments important for humankind’s development despite his worsening health issues, due to working with dangerous gases and mercury. The insignificant son of a poor blacksmith was able to become one of the greatest scientists of all times. Even Einstein kept a picture of Faraday on his wall along with Isaac Newton [7] and James Clerk Maxwell [5], and Ernest Rutherford [6] once noted:

“When we consider the magnitude and extent of his discoveries and their influence on the progress of science and of industry, there is no honour too great to pay to the memory of Faraday, one of the greatest scientific discoverers of all time”

Faraday’s concepts and his view of the unity of nature, which did not require a single mathematical formula, left a deep impression on the young James Clerk Maxwell. Maxwell set himself the task of translating Faraday’s experimental findings and their description into a mathematical representation using lines of force and fields. Maxwell’s first major essay on electricity, On Faraday’s Lines of Force, was published in 1856, in which Maxwell developed a first theory of electromagnetism based on an analogy with hydrodynamics. At the end of the 19th century, Faraday was perceived as the inventor of the electric motor, the transformer and the generator as well as the discoverer of benzene, the magneto-optical effect, diamagnetism and as the creator of electromagnetic field theory.

On June 20, 1862, Faraday gave his last Friday evening lecture On Gas Furnaces in front of an audience of over 800 people, ending his nearly four decades of lecturing for the Royal Institution. In the spring of 1865 he was released from all his obligations by unanimous decision of the managers of the Royal Institution. Until May 1865, he and his advice were still available to the shipping authority.

Faraday died in his Hampton Court home on August 25, 1867 and was buried five days later at Highgate Cemetery.