You are here: Home › physics › Igor Kurchatov – Father of the Soviet Atomic Bomb 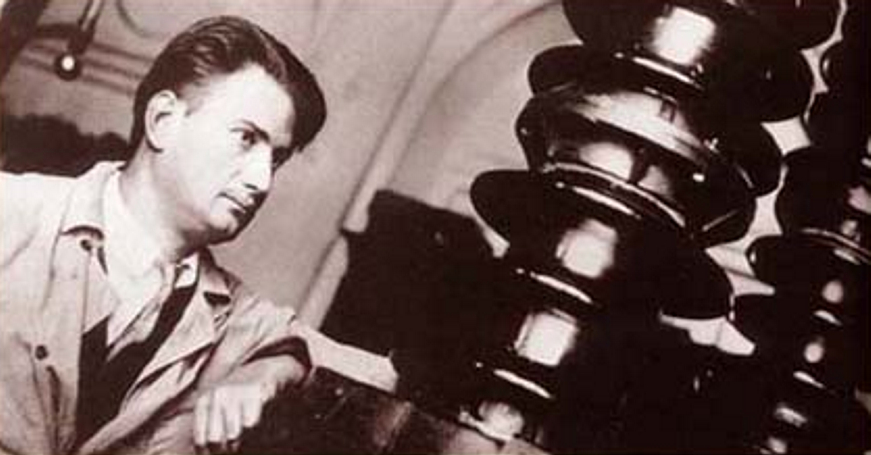 On January 12, 1903, Soviet nuclear physicist and Nobel Laureate Igor Vasilyevich Kurchatov was born. Kurchatov is widely known as the director of the Soviet atomic bomb project and therefore often referred to as ‘Father of the Soviet Atomic Bomb‘.

Igor Kurchatov was born in Simsky Zavod, Ufa Governorate (now the town of Sim, Chelyabinsk Oblast) in the family of a chartered surveyor and his mother a teacher. After completing high school at Simferopol gymnasium, he enrolled at the Physics Physics Department of the Crimea State University, earning his doctorate degree in Physics from there. Kurchatov also studied at the Polytechnical Institute in Petrograd where he earned his degrees in naval engineering. He continued as a research assistant at the faculty of Physics of the Ioffe Physico-Technical Institute in Baku and later he researched under Dr. Abram Fedorovich Ioffe at the Physico-Technical Institute on various problems connected with radioactivity. In 1932, he received funding for his own nuclear science research team, which succeeded to built the Soviet Union’s first cyclotron particle accelerator in 1939.

News of the discovery of nuclear fission by the German chemists Otto Hahn and Fritz Strassmann in 1938 spread quickly throughout the international physics community.[6] In the Soviet Union, the news was cause for excitement and concern about possible applications.[1] Inspired by these results, Kurchatov and his colleagues submitted a plan in August 1940 to the Presidium of the Soviet Academy of Sciences recommending further work on the uranium problem. The academy responded with a plan of its own as awareness grew of the military significance of the atom. With the German invasion of the Soviet Union on June 22, 1941, research on nuclear fission ground to a halt, and the scientists were pressed into other tasks.[1] Kurchatov joined a group that was working on protecting ships from magnetic mines.

In 1942 Igor Kurchatov declared: “At breaking up of kernels in a kilogram of uranium, the energy released must be equal to the explosion of 20,000 tons of trotyl.” This announcement was practically verified during the atomic bombing of Hiroshima. In 1943, under Ioffe’s recommendation, Kurchatov was appointed as the formal director of the nascent Soviet nuclear programme. During its formative years, the atomic bomb project remained a relatively low priority until information from spy Klaus Fuchs and later the destruction of Hiroshima and Nagasaki goaded Stalin into action [4]. Stalin ordered Kurchatov to produce a bomb by 1948, and put Lavrenty Beria, chief of the Soviet security and secret police, in direct command of the project. The team was assisted both by public disclosures made by the United States government and by further information supplied by Fuchs, but Kurchatov and Beria (fearing the intelligence was misinformation) insisted his scientists retest everything themselves. Beria in particular would use the intelligence as a third-party check on the conclusions of the teams of scientists. 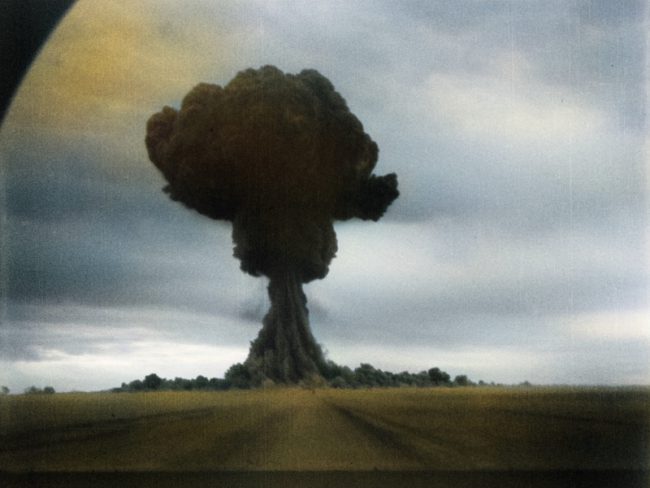 The mushroom cloud from the “First lightning” test (1949)

First Lightning and Beyond

Kurchatov directed the construction of the first nuclear reactor in Europe (1946) and oversaw development of the first Soviet atomic bomb, a plutonium implosion bomb, which was tested on August 29, 1949, under the code name First Lightning (the west named the test Joe-1), at the Semipalatinsk Test Site. [2] In the wake of the successful detonation of the U.S’s first fusion device, codenamed Ivy Mike in 1952,[7] Stalin ordered Soviet scientists to build a comparable device, a program that was launched in 1953 under the direction of Vitaly Ginzburg and Andrei Sakharov [5]. Kurchatov subsequently contributed some of the calculations necessary for the Soviet Union’s first hydrogen bomb.

The nonmilitary applications of atomic power explored and developed under Kurchatov’s leadership included, besides electric-power stations (the first of which began operation in 1954), the nuclear-powered icebreaker Lenin. Kurchatov also directed research on the “ultimate power source,” nuclear fusion, centering on a means of containment of the extremely high temperatures that are needed to initiate and sustain the fusion process in a fusion reactor.[2]

An Advocate against Nuclear Weapons

In the late 1950s, Kurchatov advocated against nuclear weapons tests. In 1954 after the U.S. tested a 15 megaton bomb in the Pacific, Kurchatov and several other Soviet scientists wrote an article about the dangers of atomic war. “The rate of growth of atomic explosives is such,” they warned, “that in just a few years the stockpile will be large enough to create conditions under which the existence of life on earth will be impossible. The explosion of around 100 hydrogen bombs could lead to this result.” But it was witnessing the 1955 test of the first Soviet superbomb that was a turning point for Kurchatov. Both he and Sakharov began to feel a deep sense of responsibility for the consequences of their work. And they both began to argue against further testing. [3]

In January 1949 Kurchatov had been involved in a serious accident which became a catastrophe at Chelyabinsk-40. In an effort to save the uranium load and reduce losses in the production of plutonium, Kurchatov was the first to step into the central hall of the damaged reactor full of radioactive gases. In 1957 he received the Lenin Prize and four times the Stalin Prize and the State Prize of the USSR (1942, 1949, 1951, 1954). He was the hero of socialist work three times (1949, 1951, 1954). Kurchatov’s health sharply declined in his last years.

Igor Kurchatov died of a cardiac embolism in Moscow on February 7, 1960, at age 57, while talking to his friend Chariton on a park bench.