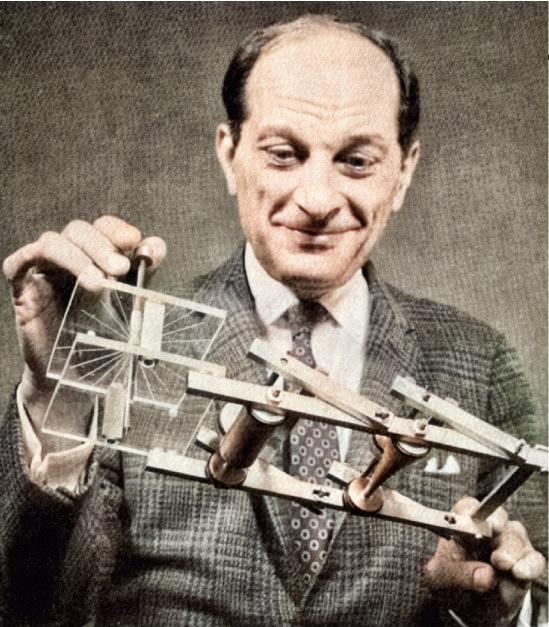 When in 1952 the world‘s first thermonuclear fusion bomb was ignited, mathematicians and physicists thought it would be rather unlikely that testing the newly developed device might result in burning all the nitrogen in the earth‘s atmosphere. However, the possibility could not be excluded completely. Nevertheless, they have have tested the bomb and fortunately for all of us not the like did happen. One of the key persons behind the development of the hydrogen bomb was Stanislaw Ulam, who together with physicist Edward Teller came up with the first successful design.[1]

On May 13, 1984, Stanislaw Ulam, Polish-American scientist in the fields of mathematics and nuclear physics  passed away. Before developing the hydrogen bomb, he also participated in the Manhattan Project producing the very first atomic weapon based on thermonuclear fission. After the second World War scientists believed that maintaining nuclear fusion to support another kind of weapon should be rather unlikely. But in January 1951, Ulam came up with the decisive idea: put a fission bomb and fusion fuel together inside a massive casing. When the bomb detonated, the casing would contain the explosion long enough for mechanical shock to heat and compress the fusion fuel, and for fission neutrons to ignite nuclear fusion.

Ulam was born in Lemberg , Galicia, (today’s , Lviv in Poland) on 13 April 1909. Ulam came from a Polish-Jewish middle class family with members in the banking and wood processing industries; his father was a lawyer. His mathematics teacher was the Polish mathematician Stefan Banach, one of the leading minds of the Lviv School of Mathematicians. Ulam obtained his Ph.D. from the Polytechnic Institute in Lviv in 1933. He investigated a problem which originated with Lebesgue in 1902 to find a measure on [0,1] with certain properties.[6] Banach in 1929 had solved a related measure problem, but assuming the Generalised Continuum Hypothesis. Ulam, in 1930, strengthened Banach’s result by proving it without using the Generalised Continuum Hypothesis.[5]

In 1938, Ulam went to the United States at the invitation of George David Birkhoff as a Harvard Junior Fellow. In 1940 he became assistant professor at the University of Wisconsin. In 1943 he became a US citizen and in the same year his friend John von Neumann invited him to a secret project in New Mexico, the Manhattan Project.[3] Ulam had a number of specialties, including set theory, mathematical logic, functions of real variables, thermonuclear reactions, topology, and the Monte Carlo theory. 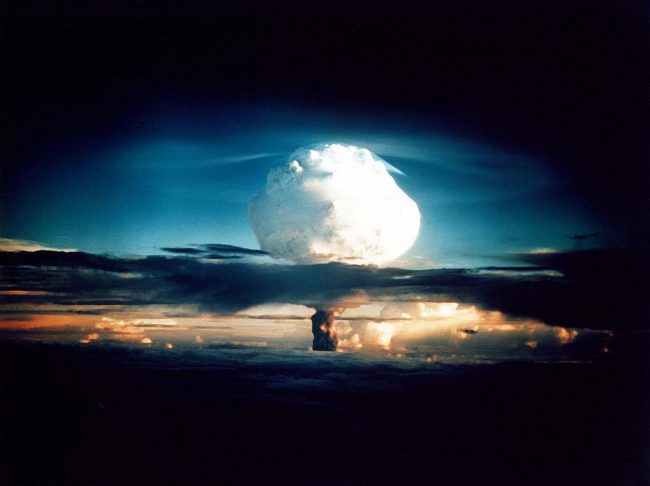 Ivy Mike, the first full test of the Teller–Ulam design (a staged fusion bomb), with a yield of 10.4 megatons on 1 November 1952

I don’t support any weapon technology and it might be controversial to acknowledge also a scientist like Stanislaw Ulam or his colleague Edward Teller, who spent a great deal their lives in the development of apocalyptic technology. But what really shocked me was the fact that both could not completely exclude the possibility of igniting the earth’s atmosphere when testing the first thermonuclear fusion bomb and thus possibly causing the end of the world:

“There remains the distinct possibility that some other less simple mode of burning may maintain itself in the atmosphere… the complexity of the argument and the absence of satisfactory experimental foundations makes further work on the subject highly desirable.”
(Report LA-602, Ignition of the Atmosphere with Nuclear Bombs [8])

Nevertheless, Stanislaw Ulam also has left us something more substantial: the Monte Carlo Method of Computation, a class of computational algorithms that rely on repeated random sampling and often used for computer simulations of mathematical or physical models. Through the use of electronic computers, this method became widespread, finding applications in weapons design, mathematical economy, and operations research.

Ulam, with J C Everett, also proposed the ‘Orion’ plan for nuclear propulsion of space vehicles. The aim of the Orion project was to develop a nuclear pulse engine to power spaceships. The project ran in the USA from 1957 to 1965. The design envisaged driving a spaceship with a nuclear pulse engine through a series of atomic bomb explosions, each taking place only a few metres behind the stern of the spaceship. Protected by a massive protective shield and a shock absorber system, the spaceship “rides” on the shock waves of the explosions. A nuclear pulse engine based on the Orion principle combines a high specific impulse with a high thrust. The project was abandoned in 1965 for political reasons and because of the 1963 Treaty banning nuclear testing in the atmosphere, in space and under water.

Ulam remained at Los Alamos until 1965 when he was appointed to the chair of mathematics at the University of Colorado. Stanislaw Ulam died of an apparent heart attack in Santa Fe on 13 May 1984 at age 75.

I’ve studied nuclear war for 35 years — you should be worried. | Brian Toon | TEDxMileHigh, [9]