You are here: Home › geology › Nicolas Steno and the Principles of Modern Geology 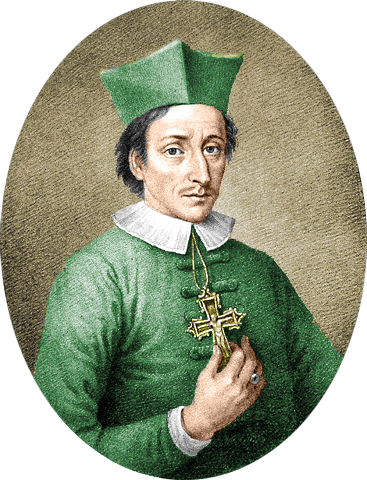 In January 11,  1638, Danish Catholic bishop and scientist Nicolas Steno was born. He was both a pioneer in both anatomy and geology, and seriously questioned accepted knowledge of the natural world. Importantly he questioned explanations for tear production, the idea that fossils grew in the ground and explanations of rock formation. By some he is considered the founder of modern stratigraphy and modern geology.

Nicolas Steno was born as Niels Stensen, but is better known by the Latinized form Nicholas Steno. The son of a goldsmith was baptized Lutheran in the St. Nikolai Church in Copenhagen, Denmark, and attended the Latin School near the Liebfrauenkirche in his hometown from 1648 to 1656, the most prestigious school in the country at the time. He left Denmark around 1660 intending to study medicine at the University of Leiden. His studies of anatomy, which he continued in Rostock, Amsterdam, Leiden, Paris, Pisa, and Montpellier. There he came into contact with the leading doctors of his time. Through his own research, he discovered the parotid gland’s excretory duct in the section of a sheep’s head as early as 1660. His lectures and anatomical demonstrations made him famous throughout Europe. In 1661, he wrote and defended his dissertation on the excretory duct of the parotid gland he had discovered. After he learned of his stepfather’s death in 1663, he returned to Copenhagen, where he published the book “Observations on Muscles and Glands” in Latin, in which he proved that the heart is a muscle. When his mother died soon afterwards, he left Copenhagen and travelled to Paris. During this time, he was awarded the title of Doctor of Medicine by the University of Leiden in absentia. The polymath Nicolas Steno mastered eight languages. He learned German from friends and acquaintances of his parents. He learned Latin, Greek, Hebrew and Arabic at school. Later he acquired Dutch, French, Italian and English.

Shark Teeth on the Rocks

“There are those among us who would have us say that the mysteries of the brain are completely solved and little needs to be added to its knowledge. It is as if these fortunate persons had been present when this magnificent organ was created.”
– Nicolas Steno, as quoted in [13]

In 1666 Steno travelled via Pisa and Rome to Florence. There he attracted the attention of the Grand Duke of Tuscany, Ferdinand II, who appointed Steno to a hospital post that left him time for his research. [1,2] At first, Nicolas Steno’s studies were focused on the muscular system as well as the nature of muscle contraction. When around 1666, fishermen caught a shark near Livorno, Duke Ferdinand ordered its head to be sent to Steno, who dissected it and published the findings one year later. He noticed the resemblance of the shark’s teeth to certain stony objects found in rocks. As most contemporary scientists argued differently, Steno believed that these ‘stony objects’ looked so much like shark teeth because they actually were shark teeth. 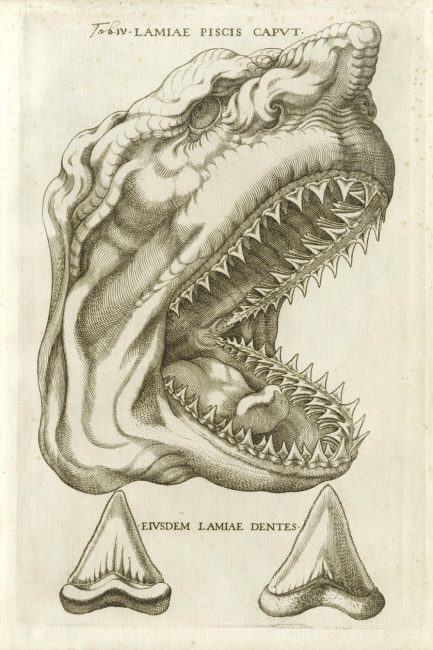 Well, Steno was not the first who linked these so called ‘tongue stones’ with shark teeth. For instance, already Robert Hooke and John Ray argued that fossils were the remains of living organisms.[4,5] Important is however, that Nicolas Steno came to realize that it was not clear yet how any solid object could come to be found inside another solid object like a rock.

The Principles of Stratigraphy

Nicolas Steno, in his ‘De solido intra solidum naturaliter contento dissertationis prodromus’ of 1669 is credited with four of the defining principles of the science of stratigraphy:

These principles were applied and extended in 1772 by Jean-Baptiste L. Romé de l’Isle. Steno’s ideas still form the basis of stratigraphy and were key in the development of James Hutton‘s theory of infinitely repeating cycles of seabed deposition, uplifting, erosion, and submersion.[6] 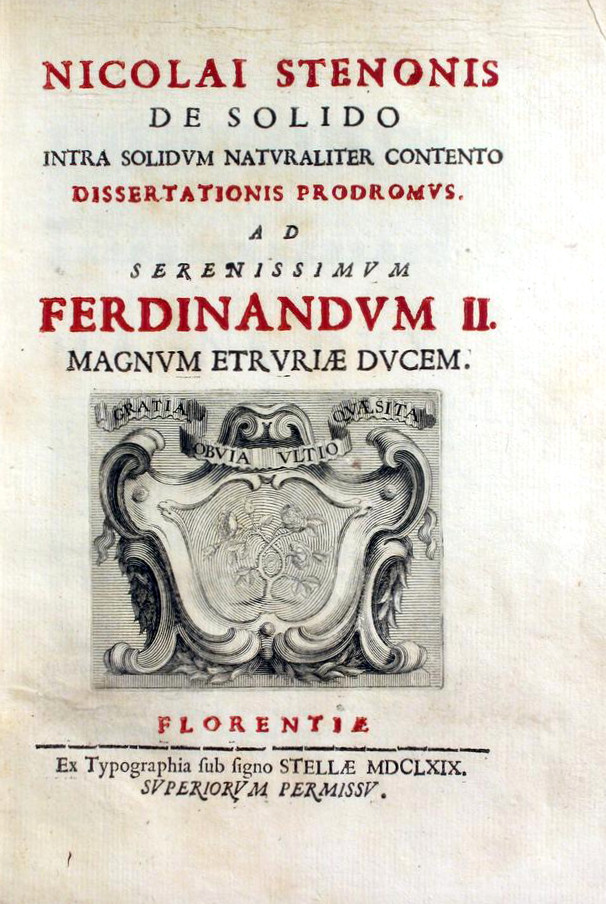 Nicolas Steno stated that a solid object will cause any solids that form around it later to conform to its own shape. Thus, the famous ‘tongue stone’ must have been buried in soft sediments which hardened later while crystals must have formed after the surrounding rock was a solid, because they often showed irregularities of form caused by having to conform to the surrounding solid rock. His further conclusions are referred to as Steno’s law of superposition. It means that layers of rock are arranged in a time sequence, with the oldest on the bottom and the youngest on the top, unless later processes disturb this arrangement. Steno also mentioned that rocks may be uplifted by subterranean forces. Steno also made efforts to distinguish different time periods in the Earth’s history, which would develop more accurately in the work of later scientists. [2,3] While studying quartz, Steno discovered the law of angular constancy, i.e. the fact that the surfaces of crystals are always at the same angle to each other, regardless of their size or shape. He then suggested that this is a property of all mineral crystals, thereby laying a groundbreaking foundation for modern crystallography.

Nicolas Steno was ordained as a priest in 1675 and essentially abandoned science. He became a bishop a few years later and spent the rest of his life ministering to the minority Roman Catholic populations in northern Germany, Denmark, and Norway. [3] On December 5, 1686, Niels Stensen died in Schwerin at the age of 48 after a five-week bilious disease associated with severe colics. His Hamburg friend Kerckring had his body embalmed on behalf of the Tuscan Grand Duke and transferred to Livorno by ship. He was buried in a chapel of the Basilica of San Lorenzo in Florence. Stensen’s veneration, which continues to this day, is based on his scientific impartiality and sharpness of observation, as well as on the great patience and perseverance with which he fulfilled his religious mission under internal and external church difficulties and in increasing isolation.

Sarah Sheffield, Sequence stratigraphy: what can the fossils tell us?, [14]