You are here: Home › biology › The Great Paris Academic Dispute of 1830 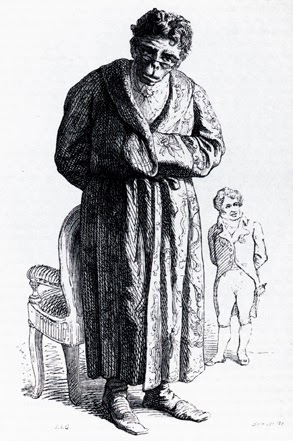 On February 15, 1830, the famous Paris Academy Dispute between the naturalists Étienne Geoffroy Saint-Hilaire and George Cuvier [5] about the possibility of biological evolution began with a speech of Saint-Hillaire comparing vertebrates with mollusces. Within eight public debates the scientists argued about the possibility that nature not necessarily has to be static but might be subject to constant change. It was the most prominent scientific debate in the 19th century that heavily influenced science on a world wide level.

Classifying and Explaining the Multitude of Nature

In 1830, decades before Charles Darwin‘s [6] theory of evolution took shape, natural scientists were busy classifying and explaining the multitude of nature. Among them most notably Swedish biologist Carl Linnaeus,[7] who published the first taxonomy of nature and Georges-Louis Leclerc de Buffon [8] with his comparative studies of nature. Usually, natural scientists had the strong believe that all animals were already perfectly created by God and that they haven’t ever changed since creation. One of the first scientists who came up with the concept of evolution was Jean-Baptiste de Lamarck (1744–1829),[9] who was not convinced about the static view of nature. He was also one of the first who proposed to extend the timeline given by the bible that limited the age of the universe to approx. 6.000 years. According to Lamarck, evolution was much slower. Therefore, the earth had to be much older.

Georges Cuvier is known as being the founder of modern paleontology, but he didn’t believe in evolution. His examinations of mummified Egyptian cats – which apparently didn’t differ from modern cats –  confirmed him in his believe that species don’t change over time. He interpreted fossils as former species that became extincted because of catastrophies, a theory that is also referred to catastrophism. According to Cuvier’s theories, all animals can be divided into four distinct branches: Vertebrata, Articulata, Mollusca and Radiata. He denied any relationship or similarity among those branches. If there are any similarities, he stated, it was because of similar functions and not because of any other relationship or of a common ancestry. Cuvier was said to be a perfect anatomist, who was able to reconstruct the whole animal out of a single bone.

Contrarywise, Étienne Geoffroy Saint-Hilaire believed in evolution and in a relationship among all animals. But, this relationship should not be based on a common ancestry, but because of morphological similarity. According to his believe, there should exist something like an all common basic blueprint for life. While Cuvier was looking for distinctions between animals, Saint-Hilaire focussed on similarities and analogies. When Saint-Hillaire attempted to apply this philosophy to invertebrates in 1830, a major dispute arose with Cuvier.

The dispute began with the discussion about a paper of two unknown French natural scientists Meyranx and Laurencet, in which they tried to show that the arrangement of inner organs of squids is similar to those of vertebrates. Saint-Hillaire strongly supported this work, because he saw the possibility to reunite the four branches of animals previously separated by Cuvier. Well, Cuvier took this as a personal assault and went into strict opposition to Saint-Hillaire’s claim. The debate that followed divided the scientific world and compelled both men to elaborate their models of natural history. While Saint-Hillaire believed that ancestral species historically gave rise to unchanging modern forms through the occasional evolutionary appearance of successful monstrosities, Cuvier denied evolution entirely. Geoffroy even stated that environmental pressures could produce sudden transformations to establish new species instantaneously. Digging deeper into their differences, their particular disagreements over specific issues within zoology and anatomy culminated in the articulation of two competing and divergent philosophical views on the aims and methods of the life sciences. Despite their differences, the two men did not become enemies; they respected each other’s research, and in 1832 Geoffroy gave one of the orations at Cuvier’s funeral. Saint-Hillaire’s evolutionary concepts did much to create a receptive scientific audience for Charles Darwin’s arguments, who wrote

What can be more curious than that the hand of a man, formed for grasping, that of a mole for digging, the leg of the horse, the paddle of the porpoise, and the wing of the bat, should all be constructed on the same pattern, and should include the same bones, in the same relative positions? Geoffroy St. Hilaire has insisted strongly on the high importance of relative connexion in homologous organs: the parts may change to almost any extent in form and size, and yet they always remain connected together in the same order. (Charles Darwin, The Origin of Species, 1859)

For a long time Cuvier was considered backward because of Lyell’s attacks and his rejection of the theory of continuous evolution (gradualism), but the theory of evolution was still controversially discussed among Cuvier’s scientific contemporaries. Today, it is undisputed that, in addition to gradual change, catastrophic events were also decisive for the history of life – such as the Earth-spanning catastrophe about 66 million years ago at the Chalk-Palaeogene boundary, which is blamed for the mass extinction at the end of the Mesozoic.