You are here: Home › space › NEAR Shoemaker and the Exploration of Asteroid Eros 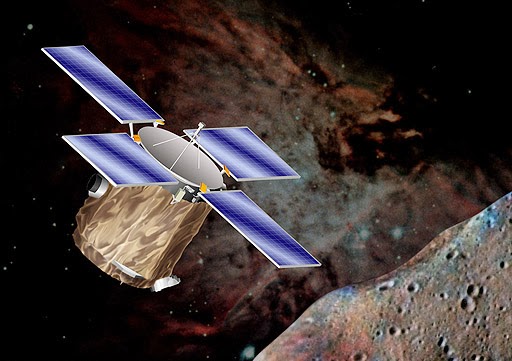 On February 14, 2000, NASA space probe NEAR Shoemaker entered orbit of the asteroid Eros to study the near-Earth asteroid from close orbit over a period of a year. The mission succeeded in closing in with the asteroid and orbited it several times, finally terminating by touching down on the asteroid on 12 February 2001.

The Discovery of Eros

Eros was throughout history often object of scientific research, due to its larger size. The asteroid was discovered on August 13, 1898 by Gustav Witt in Berlin and Auguste Chalois in Nice independently. In 1900, a worldwide program was even launched in order to determine Eros’ distance to the sun, which resulted in a famous publication by Arthur Hinks at Cambridge. Harold Spencer Jones accomplished even more exact measurements in the 1930s. The celestial body was named after Eros, the god of love from Greek mythology. After the asteroid, the Eros Glacier on Alexander I Island in Antarctica was named. Because the minor planet was the first find of asteroids that is not a member of the main belt, it was the first to receive a male name. Eros was the first known asteroid whose orbit partly runs inside the Martian orbit. Soon after the discovery of the asteroid, Egon von Oppolzer noticed its strongly fluctuating brightness,[3] from which one could deduce the duration of rotation and an extremely elongated shape. Model calculations of the 1960s resulted in dimensions of approx. 15 km × 30 km. A few decades later, it was then decided that Eros would be the first c-type asteroid ever visited by a spacecraft. 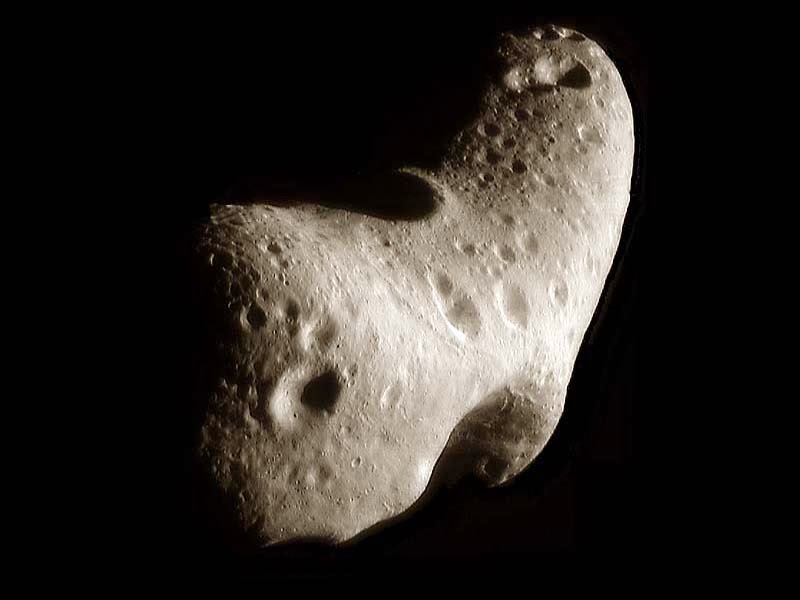 Eros, A composite image of the north polar region

Visiting Eros – the NEAR Shoemaker Mission

On its way to Eros, the spacecraft accomplished a fly-by at the asteroid Mathilde while collecting a great amount of images and further instrument data including gravitational data, which allowed calculations on the asteroid’s mass and dimension. The first major deep space manoeuver was executed in early July, 1997 and about six months later, the Earth gravity assist swingby was accomplished. In December 1998, a scheduled burn sequence was initiated but aborted almost immediately. The craft began tumbling and due to lack of solar orientation and subsequent battery drain, the spacecraft was almost lost. For almost 24 hours, the scientists were unable to establish a connection to the spacecraft. New plans had to be made fast and it was decided that NEAR Shoemaker would fly by Eros, collecting numerous images and scientific data. 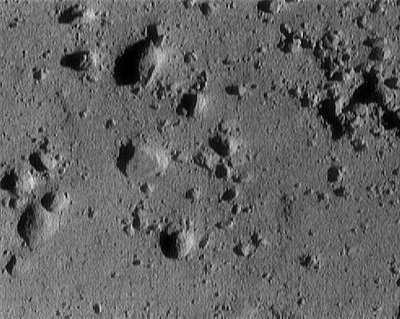 Eros asteroid from approximately 250 meters altitude (area in image is roughly 12 meters across. This image was taken during NEAR’s descent to the surface of the asteroid.

The famous rendevous manoeuver started on February 3, which slowed the spacecraft down and perfectly in time for valentine’s day, NEAR Shoemaker went into an elliptical orbit around Eros. In February 2001, NEAR finally accomplished the touchdown on Eros completely operable and undamaged, to the huge surprise to the scientists. They immediately began collecting data and by the end of the month, the last dataset was received by the craft before all connection attempts failed, which is probably due to the extreme temperature changes.

Still, a great amount of data was collected. Eros is with about 13 x 13 x 33km the second largest near Earth-asteroids and was studied by the NEAR scientists from orbit for about one year. Also, many scientists claim that another goal of the mission was to link the asteroid to meteorites recovered on Earth in concerns of its chemical composition. Unfortunately, NEAR-Shoemaker did not prove or disprove this link to the satisfaction of the responsible scientists. However, it was managed to gather highly advanced data in this field of study, wherefore it was still seen as a success. It was also found that due to Eros’ peanut-like shape, its surface gravity varies highly. The mission’s scientists have found out, that about 1 billion years ago, an impact occurred on Eros, wherefore a large crater established and that most of the larger rocks found on the asteroid may origin from this incident. Also, it is theorized that seismic shockwaves propagated through the asteroid, shaking smaller craters into rubble.