You are here: Home › biology › Charles Darwin and the Natural Selection 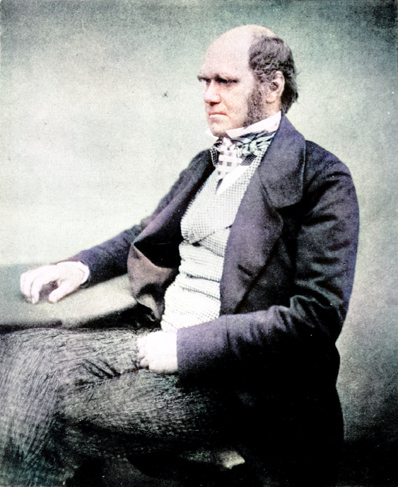 On February 12, 1809, the English naturalist Charles Darwin was born. He popularized the term ‘natural selection‘ as a milestone in modern biology, which was introduced in his masterpiece ‘On the Origin of Species‘ in 1859.

“It is easy to specify the individual objects of admiration in these grand scenes; but it is not possible to give an adequate idea of the higher feelings of wonder, astonishment, and devotion, which fill and elevate the mind.”
– Charles Darwin in The Voyage of the Beagle (1839)

Before Darwin, several theories spread globally, especially ancient philosophers, like the pre-Socratic Empedocles distributed their ideas concerning the variety of creatures. His theory that organisms developed incidental due to period of heat and cold was later highly criticized by Aristotle. In the 9th century, the Arabic prose writer Al-Jahiz assumed that the development of individuals is influenced by environmental factors, which let them establish new traits leading to their survival. The most contradictory theory to Darwin’s natural selection depicts the theory of artificial selection, presumably first mentioned by the polymath Abu Rayan Biruni [10] in the 11th century. According to the theory of uniformitarianism, developed by James Hutton [11] and popularized by Charles Lyell,[7] the Earth’s landscape is changed by long periods of weak forces. It was then applied to biology and scientists assumed that little changes in successive generations could cause great differences between species. Another well established theory of the 19th century was developed by Jean Baptiste Lamarck,[8] saying that organisms could inherit traits to their descendants, which have been gathered during their lifetime. 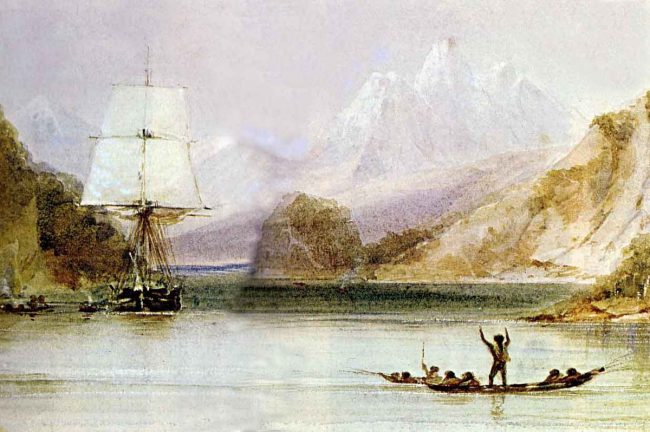 HMS Beagle in the seaways of Tierra del Fuego, painting by Conrad Martens

A Theory of Evolution

When onboard of the Beagle voyage from 1831 to 1836, Darwin was inspired to begin his research and observations on the formation of new species. Darwin’s ideas were also inspired by the work of a political economist, Thomas Robert Malthus,[12] who, in An Essay on the Principle of Population (1798), noted that population (if unchecked) increases exponentially, whereas the food supply grows only arithmetically; thus, inevitable limitations of resources would have demographic implications, leading to a “struggle for existence”. When Darwin read Malthus in 1838 he was already primed by his work as a naturalist to appreciate the “struggle for existence” in nature. Darwin’s theory of evolution by natural selection, which he defined as “the principle by which each slight variation [of a trait], if useful, is preserved“, was published in 1859. He explained how those individuals best adapted to their environment have better chances to survive and reproduce themselves. According to Darwin, variations of species are inherited while populations that are sufficiently different may become different species.

Natural selection acts on the phenotype, the characteristics of the organism which actually interact with the environment, but the genetic (heritable) basis of any phenotype that gives that phenotype a reproductive advantage may become more common in a population. Over time, this process can result in populations that specialize for particular ecological niches (microevolution) and may eventually result in speciation (the emergence of new species, macroevolution). In other words, natural selection is a key process in the evolution of a population. Natural selection is a cornerstone of modern biology. The concept, published by Darwin and Alfred Russel Wallace [9] in a joint presentation of papers in 1858, was elaborated in Darwin’s influential 1859 book On the Origin of Species by Means of Natural Selection, or the Preservation of Favoured Races in the Struggle for Life. He described natural selection as analogous to artificial selection, a process by which animals and plants with traits considered desirable by human breeders are systematically favored for reproduction.

When published, Darwin’s ideas caused a variety of reactions. While educated folks supported the theory of evolution in general, many still refused to believe the natural selection theory. Herbert Spencer, philosopher, biologist, sociologist, and theorist turned out being a supporter of Darwin’s findings and coined the term ‘survival of the fittest‘, which illustrated Darwin’s ideas very well, even if it is mostly avoided by today’s scientists. The fifth edition of On the Origin of Species published in 1869 included Spencer’s phrase as an alternative to natural selection, with credit given: “But the expression often used by Mr. Herbert Spencer of the Survival of the Fittest is more accurate, and is sometimes equally convenient.”