You are here: Home › mathematics › Giambattista della Porta – Natural Magic and the Academy of Secrets 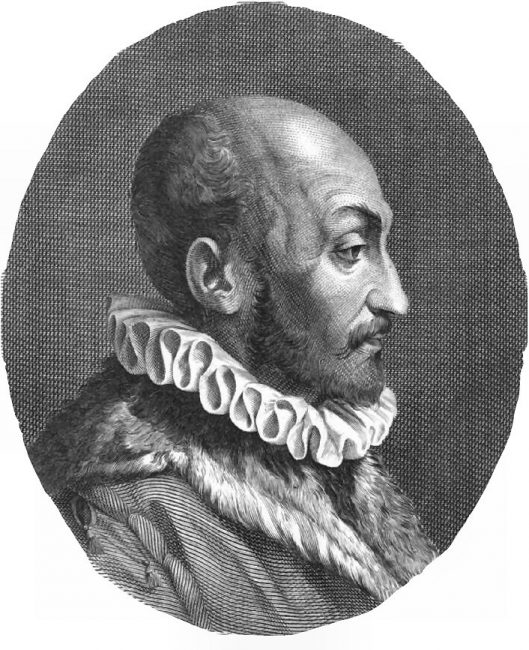 On February 4, 1615, Italian scholar, polymath and playwright Giambattista della Porta passed away. Besides occult philosophy, astrology, alchemy, mathematics, meteorology, and natural philosophy, della Porta worked on cryptography and also on optics. He claimed to be the inventor of the telescope although he does not appear to have constructed one before Galileo [4].

“Having observed the forces of all things natural and celestial and having examined by painstaking investigation the sympathy among those things, brings into the open powers hidden and stored away in nature; thus, magic links lower things (as if they were magical enticements) to the gifts of higher things…so that astonishing miracles thereby occur.”
– Cornelius Agrippa, on natural magic in De occulta philosophia, 1533

Giambattista della Porta was born at Vico Equense, near Naples, in the Kingdom of Naples. He came from a noble family, the third of four sons of Nardo Antonio della Porta. His mother, of Calabrian origin, was a Spadafora, a sister of the scholar Adriano Guglielmo Spadafora, who became curator of the archives of Naples in 1536 and guided the young Giambattista in his studies. However, Giambattista was self-taught and in addition to having talents for the sciences and mathematics, he and his brothers were also extremely interested in the arts, music in particular. His education consisted of the study of classical letters, philosophy and natural sciences, without neglecting music, dance, horseback riding, and gymnastics. But he did not go to university (in fact, the University of Naples was not officially founded until 1581) and always stayed away from academic circles. However, the Neapolitan family home was frequented by philosophers, mathematicians, poets and musicians, forming a real academy.

In his works Giambattista della Porta left contradictory information about his date of birth or the dates of writing of his works. He loved to keep many things about himself secret, and was interested in subjects that sometimes bordered on what the Inquisition would tolerate. According to his first biographer Pompeo Sarnell, from his youth Giambattista composed speeches in Latin and in the vernacular, and excelled in “natural philosophy”. His insatiable curiosity for all mysteries resulted in the publication of works on natural magic, alchemy, astrology, physiognomy, cryptography, agriculture, the art of memory, optics, pneumatics and geometry during his lifetime.

Because of his methodology and relative neutrality, he is considered one of the first natural scientists in the modern sense. From 1558 to 1589 he published in 20 books the Magia naturalis (The natural Magic), in which he handed down, among other things, one of the few existing witch ointment recipes. An encyclopedia of popular knowledge, on occult and unusual things, the work brought him his first fame. He claimed (falsely) that he was only 15 years old when he wrote it. He mentions for the first time a water drum blower for the production of a continuous air jet for a forge in Nettuno south of Rome. In volume 20 he described the construction of a tethered kite. The work had more than twenty editions in Latin and was later translated into French, Italian, English, German and Dutch.

His training in the refined milieu of the Neapolitan aristocracy, without the constraints of academic rigor, favored the dilettante “experimental” approach he adopted to reveal all the hidden wonders of the world. Della Porta claimed to be able to submit to “experiment” and rational analysis all the strange coincidences he observed, which he blithely generalized into correlations or even causal relationships. Rather than relying on supernatural beings or powers, he sought to study all surprising and marvelous phenomena without preconceptions and to find natural causes for them. But his “experimental” method was so crude that he was not immune to the greatest credulity. For he did not clearly distinguish history from experience. Like many of his contemporaries, what he had read in the ancient world, like Pliny,[6] was as good as what he had seen with his own eyes. In 1589, on the eve of the early modern Scientific Revolution, della Porta became the first person to attack in print, on experimental grounds, the ancient assertion that garlic could disempower magnets. This was an early example of the authority of early authors being replaced by experiment as the backing for a scientific assertion

The Academy of Secrets

A society he founded in Naples in 1560 for the study of nature, the Academia dei Secreti (Academy of Secrets), had to be dissolved by order of the Pope. Founded sometime before 1580, the Otiosi were one of the first scientific societies in Europe and their aim was to study the “secrets of nature.” Any person applying for membership had to demonstrate they had made a new discovery in the natural sciences. 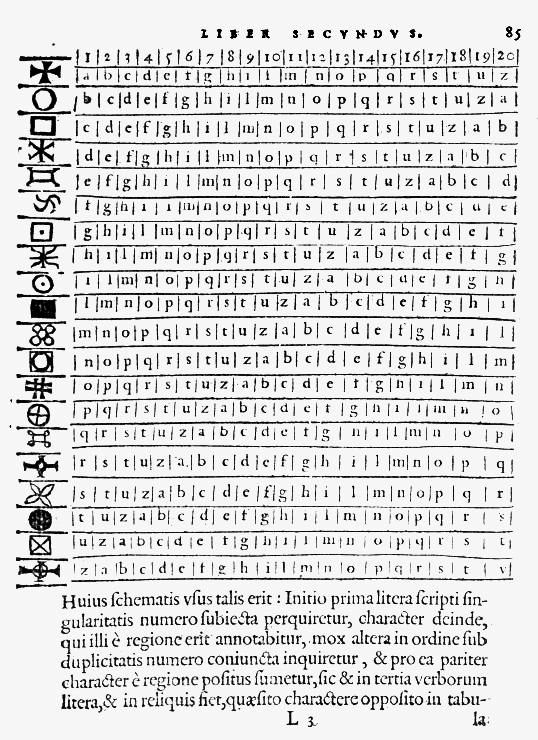 His fundamental writing on cryptology, entitled De furtivis literarum notis (On the hidden meaning of letters), which he published in 1563, made him finally famous. In it he described the first known digraphic substitution cipher. Della Porta also invented a method which allowed him to write secret messages on the inside of eggs. During the Spanish Inquisition, some of his friends were imprisoned. At the gate of the prison, everything was checked except for eggs. Della Porta wrote messages on the egg shell using a mixture made of plant pigments and alum. The ink penetrated the egg shell which is semi-porous. When the egg shell was dry, he boiled the egg in hot water and the ink on the outside of the egg was washed away. When the recipient in prison peeled off the shell, the message was revealed once again on the egg white. In 1566, he published a small work on the art of memorizing information, Arte del ricordare, in which he gave mnemonic procedures to improve memory.

Camera Obscura and the Telescope

Around 1570, he further developed the camera obscura, an early precursor of the camera. In a later edition of his Natural Magic, della Porta described this device as having a convex lens. Though he was not the inventor, the popularity of this work helped spread knowledge of it. He compared the shape of the human eye to the lens in his camera obscura, and provided an easily understandable example of how light could bring images into the eye. Della Porta also claimed to have invented the first telescope, but died while preparing the treatise (De telescopiis) in support of his claim. His efforts were also overshadowed by Galileo Galilei’s improvement of the telescope in 1609, following its introduction by Lippershey in the Netherlands in 1608.[6] In 1610, he joined the Accademia dei Lincei, the Lincean Academy, one of the oldest and most prestigious European scientific institutions. Galileo Galilei also joined the Academy in 1611 and soon became its intellectual centre. 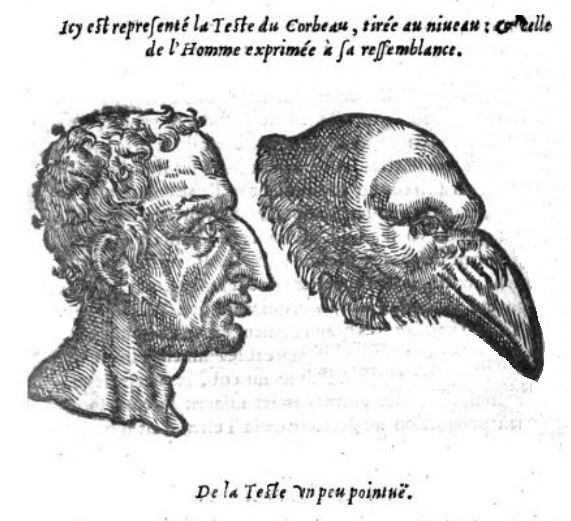 In later life, della Porta collected rare specimens and grew exotic plants. Pomarium (on fruit growing) and Olivetum (on olive growing), published respectively in 1583 and 1584, were incorporated into his more comprehensive work on agriculture, Villae of 1592. Before that, however, in 1586, his second major work appeared, a medical work entitled De humana physiognomia, followed in 1588 by a work on the physiognomy of plants, “Phytognomica.” Here he attempted to infer from the appearance and life history of plants their effects. Thus he stated that herbs with yellow sap could cure jaundice, those with rough surfaces skin diseases. This influenced the Swiss eighteenth-century pastor Johann Kaspar Lavater [7] as well as the 19th century criminologist Cesare Lombroso [8]. Della Porta’s private museum was visited by travelers and was one of the first examples of a natural history museum, inspiring the Jesuit Athanasius Kircher to assemble a similar collection in Rome.[9] 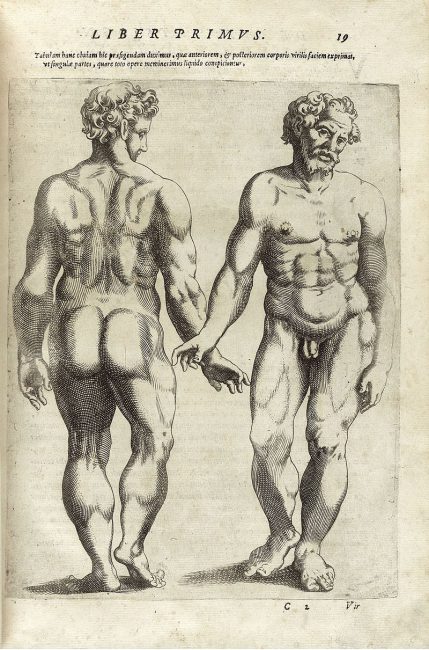 From Science to Drama

Because of his preoccupation with magic and physiognomy he had to answer to the Inquisition in 1592, but the proceedings remained inconsequential for him. In the following years, however, he withdrew from the sciences as a precaution and turned to dramatic literature. His comedy La Trappolaria, one of many successful dramatic works, appeared in Bergamo in 1596. During his lifetime he wrote 3 tragedies, 29 comedies and a tragi-comedy, of which only 2 tragedies, 14 comedies and the tragi-comedy have survived.