You are here: Home › explorer › Henry the Navigator and the Age of Discoveries 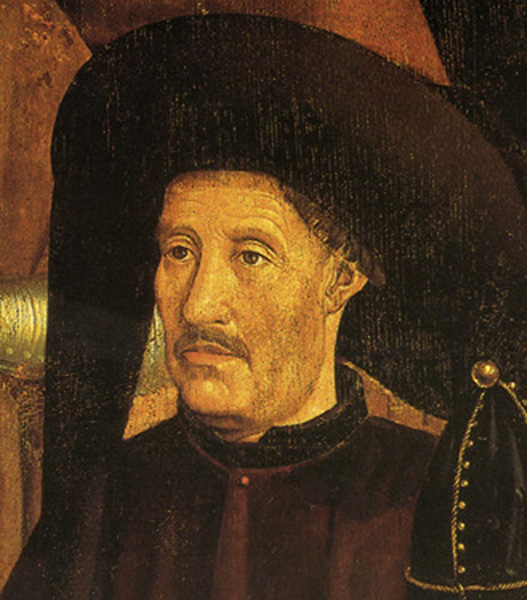 On March 4, 1394, Infante Henry, Duke of Viseu, better known as Henry the Navigator, was born. He was an important figure in the early days of the Portuguese Empire and the Age of Discoveries in total. He was responsible for the early development of European exploration and maritime trade with other continents.

Henry has become a legendary figure, and it is somewhat difficult to disentangle the historical facts from the heroic legends which surround him. Popular ideas about Henry are that he was a very learned and scientific man, skilled in the arts of navigation, and that he formed a school of navigation at Sagres, on the southwestern tip of Europe, far away from the court in Lisbon, and invented the caravel, a special ship type. However, these ideas are comparatively recent ones, and have no foundation in the historical records of the time. The Infante Dom Henrique – as this was his original name – was born at Oporto in 1394 as the third son of King João of Portugal and Queen Philippa of Lancaster, the sister of King Henry IV of England. Henry grew to maturity at a time when King João was bringing to a close a confused period of civil war with Castile and securing Portugal’s independence. At age 21, Henry together with his father and brothers captured the Moorish port of Ceuta in northern Morocco in 1415, that had long been a base for Barbary pirates who raided the Portuguese coast, depopulating villages by capturing their inhabitants to be sold in the African slave market.

The Caravel Exploring the African Coasts

The grand ambition of Henry was the discovery of unknown regions of the world. As governor of the Algarve, Heinrich initiated an ambitious program in 1418 to open up a sea route to India. Now, Henry started to explore the coast of Africa, most of which was unknown to Europeans in these days. His objectives included finding the source of the West African gold trade and the legendary Christian kingdom of Prester John, and stopping the pirate attacks on the Portuguese coast. At that time the ships of the Mediterranean were too slow and too heavy to make voyages like these. Under his direction, a new and much lighter ship was developed, the caravel, which could sail further and faster as all ships so far. In 1419, Henry’s father appointed him governor of the province of the Algarve and in 1420, Henry gained appointment as the governor of the very rich Order of Christ, the Portuguese successor to the Knights Templar, which had its headquarters at Tomar.

From the outset, Portuguese pilots and captains were obliged to record in secret logbooks, the Roteiros, all experiences and knowledge gained during their voyages that were important for navigation. In the second half of the 15th century, the Portuguese already used the quadrant: The geographical latitude could be calculated by determining the height of the polar star. Until the death of the Infante, more than 2000 nautical miles of West African coastal waters were navigated and mapped. Henry the Navigator’s motives were manifold in nature. On the one hand it was hoped to circumvent or eliminate the Arabs in the trade with pepper, gold, ivory and slaves, on the other hand the prince was interested in the promotion and spread of the Christian faith. 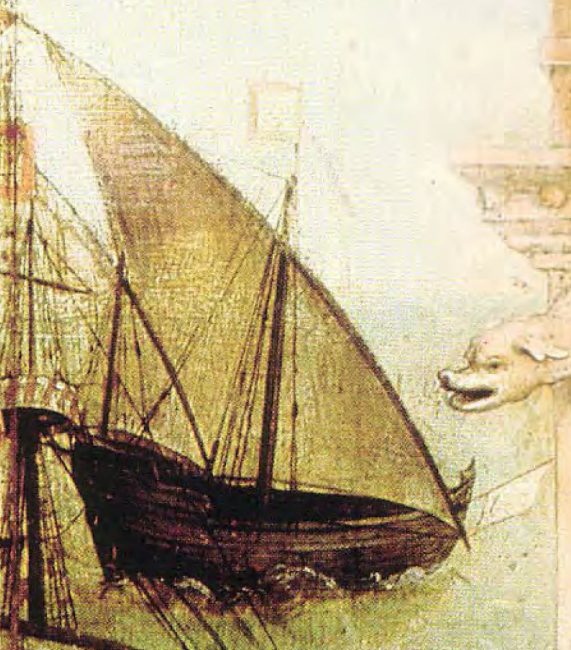 Madeira and Beyond Cape Bojador

Henry’s first sponsored voyages of exploration were to the Atlantic islands of Madeira and Porto Santo in 1418/19. These islands, as well as the Azores, had been known to the earlier Middle Ages, but they were now rediscovered and exploited by the Portuguese. Then, he started sending out ships southward along the African westcoast. From 1424 to 1434 Henry sent out 15 expeditions, all of which did not dare to pass Cape Bojador, a tiny cape somewhat south of the Canaries. They were afraid that beyond Cape Bojador the sea was so undeep that even one league (almost 5 kilometres) out of the coast, the sea was only 1 fathom (2 metres deep), that the currents were so strong that no ship would ever return and that the sun would burn so hot that no life could survive on the land. In 1433, a squire called Gil Eannes made an attempt, but he returned empty-handed. Henry’s patience had run out, and he made Eannes swear to go south again, and this time not to return without having passed the cape. This time Eannes succeeded into doing what so many before him failed to do. To avoid the shallows near the Cape, he sailed westward into the open sea, and when he turned east again, he found himself on the south side of the Cape. He found the country desolate, but not deprived of all living.

Further voyages led to the rounding of Cape Blanco in 1442, the occupation of Arguin Island near cape Verde in 1443, and the discovery of the mouths of the Senegal (1444) and Gambia (1446) rivers. Cape Verde was approached by Dinas Dias in 1444, and the islands of the Cape Verde archipelago were first visited by Alvise da Cadamosto in 1555. In 1460 Pedro da Sintra attained Sierra Leone. A total of about 1,500 miles of African coast had been explored by these expeditions. By the time Prince Henry died, in 1460, the Portuguese had reached Cape Palmas in Liberia, and a trading post had been established in Arguim, a small island near Cape Verde.

In 1437 he once again commanded a war campaign to snatch Tangier from the Moors, but this time without success. Henry himself did not undertake any voyages of discovery. He owes his nickname to his commitment as a promoter of seafaring. He was very well read and knew the reports of early explorers to Asia such as Marco Polo,[4] Wilhelm von Rubruk [5] or the Arab world traveller Ibn Battuta. The fact that he founded a maritime academy (escola náutica) is an invention of later centuries that Portuguese historians have not represented for some time. In 1460, at the death Henry the Navigator, the Portuguese navigated and mapped the African coast up to today’s Sierra Leone (approx. 8° N) as well as the Atlantic Ocean up to the Sargasso Sea (approx. 40° W). 38 years after Heinrich’s death, his preliminary work led to the discovery of the sea route to India by Vasco da Gama [6] and the strengthening of Portugal in the Indian trade, to the development of the sea route around Africa to India and thus to Portugal’s world power position.