You are here: Home › psychology › Cesare Lombroso – The Father of Criminology 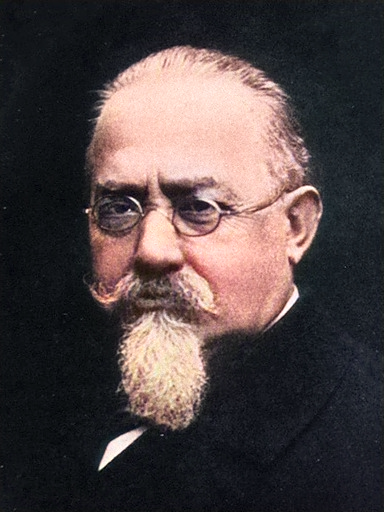 On November 6, 1835, Italian criminologist and physician Cesare Lombroso was born. Lombroso was the founder of the Italian School of Positivist Criminology, and is often referred to as the father of criminology. He rejected the established classical school, which held that crime was a characteristic trait of human nature. Instead, using concepts drawn from physiognomy, degeneration theory, psychiatry and Social Darwinism, Lombroso‘s theory of anthropological criminology essentially stated that criminality was inherited, and that someone “born criminal” could be identified by physical (congenital) defects, which confirmed a criminal as savage or atavistic.

“Genius is one of the many forms of insanity.”
– Cesare Lombroso, as quoted in [12]

The Life of Cesare Lombroso

Cesare Lombroso was born in Verona, Kingdom of Lombardy–Venetia, to the wealthy Jewish family of Aronne Lombroso, a tradesman from Verona, and Zeffora Levi from Chieri near Turin. He studied literature, linguistics, and archæology at the universities of Padua, Vienna, and Paris. He finally graduated with a degree in medicine from the University of Turin and became a neuro-psychiatrist, but changed his plans and became an army surgeon in the Austro-Italian war of 1859, also known as the Second War for Italian Independence. In 1866 he was appointed visiting lecturer at Pavia, and later took charge of the insane asylum at Pesaro in 1871. He became professor of forensic medicine and hygiene at Turin in 1878. There he conducted detailed anthropomometric studies using cadavers, to focus on the shape of the skull as an indicator of abnormality. These studies originated with the German physician Franz Joseph Gall, who had dealt in phrenology, and innate sociopathology.[5] Also in 1878 he wrote his most important and influential work, L’uomo delinquente (The Criminal Man), which went through five editions in Italian and was published in various European languages. However, it was not until 1900 that his work was published in English. Lombroso later became professor of psychiatry (1896) and criminal anthropology (1906) at the same university. He died in Turin in 1909.

Discovering the Cause of Crime

Cesare Lombroso was famous in the nineteenth century because he claimed to have discovered the cause of crime.[2] Lombroso tried to discern a possible relationship between criminal psychopathology and physical or constitutional defects. Lombroso’s general theory suggested that criminals are distinguished from noncriminals by multiple physical anomalies. He postulated that criminals represented a reversion to a primitive or subhuman type of person characterized by physical features reminiscent of apes, lower primates, and early humans and to some extent preserved, he said, in modern “savages”. The behavior of these biological “throwbacks” will inevitably be contrary to the rules and expectations of modern civilized society. Lombroso contended that such criminals exhibit a higher percentage of physical and mental anomalies than do noncriminals. Among these anomalies, which he termed “stigmata”, were various unusual skull sizes and asymmetries of the facial bones.[1]

Through years of postmortem examinations and anthropometric studies of criminals, the insane, and normal individuals, Lombroso became convinced that the “born criminal” could be anatomically identified by such items as a sloping forehead, ears of unusual size, asymmetry of the face, prognathism, excessive length of arms, asymmetry of the cranium, and other “physical stigmata”. Specific criminals, such as thieves, rapists, and murderers, could be distinguished by specific characteristics, he believed. Lombroso also maintained that criminals had less sensibility to pain and touch; more acute sight; a lack of moral sense, including an absence of remorse; more vanity, impulsiveness, vindictiveness, and cruelty; and other manifestations, such as a special criminal argot and the excessive use of tattooing.

With successive research and more thorough statistical analysis, Lombroso modified his theories. He continued to define atavistic stigmata, and in addition, he identified two other types of criminal: the insane criminal, and the “criminaloid.” Although insane criminals bore some stigmata, they were not born criminals; rather they became criminal as a result “of an alteration of the brain, which completely upsets their moral nature.” Among the ranks of insane criminals were kleptomaniacs and child molesters. Criminaloids had none of the physical peculiarities of the born or insane criminal and became involved in crime later in life, and tended to commit less serious crimes. Criminaloids were further categorized as habitual criminals, who became so by contact with other criminals, the abuse of alcohol, or other “distressing circumstances.”[2] He recognized the diminished role of organic factors in many habitual offenders and referred to the delicate balance between predisposing factors (organic, genetic) and precipitating factors such as one’s environment, opportunity, or poverty.

“Good sense travels on the well-worn paths; genius, never. And that is why the crowd, not altogether without reason, is so ready to treat great men as lunatics.”
– Cesare Lombroso, The Man of Genius (1891)

For thousands of years, the dominant view had been that, as crime was a sin against God, it should be punished in a fitting manner – ‘an eye for an eye’. During the Enlightenment, thinkers such as Jeremy Bentham the and Italian Cesare Beccaria decided that, as we were all rational beings, the choice to commit an offence was taken by weighing up the costs and benefits. If the costs were made high with harsh penalties then this would put off all but the most determined of criminals. But as contemporary critics stated, not everyone is rational, and some crimes, particularly violent ones, are purely emotional. Lombroso and his fellow criminal anthropologists challenged these ideas, and were the first to advocate the study of crime and criminals from a scientific perspective.[3] Lombroso’s research methods were clinical and descriptive, with precise details of skull dimension and other measurements. He did not engage in rigorous statistical comparisons of criminals and non-criminals. Although he gave some recognition in his later years to psychological and sociological factors in the etiology of crime, he remained convinced of, and identified with, criminal anthropometry.

Becoming the Father of Modern Criminology

As a result of his research Lombroso became known as the father of modern criminology. One of the first to realise that crime and criminals could be studied scientifically, Lombroso’s theory of the born criminal dominated thinking about criminal behaviour in the late 19th and early 20th century. Lombroso published The Man of Genius in 1889, a book which argued that artistic genius was a form of hereditary insanity. Later in his life Lombroso began investigating mediumship. Although originally skeptical, he later became a believer in spiritualism. As an atheist Lombroso discusses his views on the paranormal and spiritualism in his book After Death – What? (1909) which he believed the existence of spirits.

Lombroso’s ideas have been picked up in late-nineteenth-century literature, as e.g. Jacques in Émile Zola‘s The Beast Within is described as having a jaw that juts forward on the bottom.[6] It is emphasized especially at the end of the book when he is overwhelmed by the desire to kill. The anarchist Karl Yundt in Joseph Conrad‘s The Secret Agent, delivers a speech denouncing Lombroso.[7] The assistant prosecutor in Leo Tolstoy‘s Resurrection uses Lombroso’s theories to accuse Maslova of being a congenital criminal. [8] And finally, in Bram Stoker‘s famous Dracula, Count Dracula also is described as having a physical appearance Lombroso would describe as criminal.[9]

Lombroso’s theory was popular in his time, but it was later debunked. Some ideas fall out of favor in science as well as in politics with time. His views on crime are still present today in the form of stereotypes on some minority groups. Furthermore, research conducted on police sub cultural behavior shows that police officers have similar stereotypes on particular racial groups.[4]