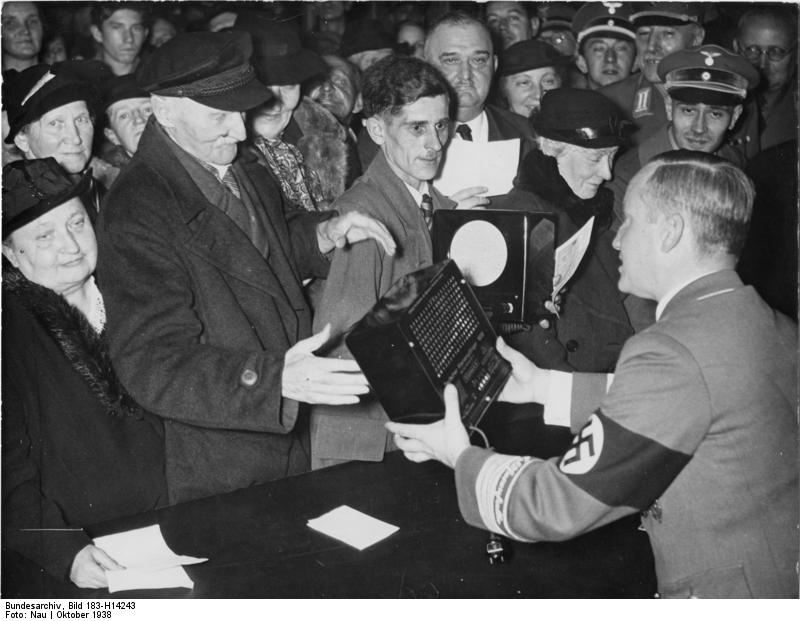 On October 29, 1923 the very first radio program in Germany was broadcast from the Vox-Haus in Berlin, Tiergarten. Funk-Stunde AG Berlin was the first radio station in Germany. The station was operated by the broadcasting company of the same name and broadcast its program from Berlin in the then northern German broadcasting district.

The history of the radio is long and for many years it was not clear, who the official inventor of the radio really was. To mention is of course Thomas Edison [4] in the first place, who invented the phonograph and its development from acoustic wave to electric impulses by Alexander Graham Bell, who also made major contributions to the invention of the telephone in 1876. It was then up to Heinrich Hertz‘ discovery of electromagnetic waves and Guglielmo Marconi‘s ability to transmit messages across the Atlantic Ocean in 1897 wireless. Nikola Tesla was then to develop the technological foundations of broadcasting and he is the one now officially associated with the invention of the radio.

It was on Christmas Evening in 1906, when Reginald Fessenden broadcast the very first radio program in the United States including a speech by Fessenden, music from the phonograph, a violin solo, and a short reading of the bible heard on the US-Atlantic-Coasters. The years went by and while in the USA no real commercial radio stations were formed, a Dutch citizen transmitted the very first well known program, financed by voluntary amounts of the public. The first commercial radio station in the USA began broadcasting in 1920 in Pittsburgh.

The First Radio Broadcast in Germany

In Germany, things did not go that fast and a little bit differently. World War I required everyone’s reserves in all meanings, which did not really engage the development of new businesses. Nevertheless the former ‘Reichspost‘ in Berlin was occupied with developing new radio technologies in their laboratory. In September 1923, F. Wichart, a technician in the laboratories was occupied with the task to bring everything together needed for the broadcasting station without any costs at all in two weeks, which he managed. The first station was located in a small attic of the so called Vox-Haus in Berlin and the technicians started a few broadcasting attempts in the beginning of October until suddenly secretary of state Dr. Hans Bredow showed up on October 29, who instructed the present technicians to start the program on this day. Artists and a time schedule had to be put together quickly and it was probably as provisional as the equipment itself including the oldest version of the carbon microphone you could possibly think of back then. 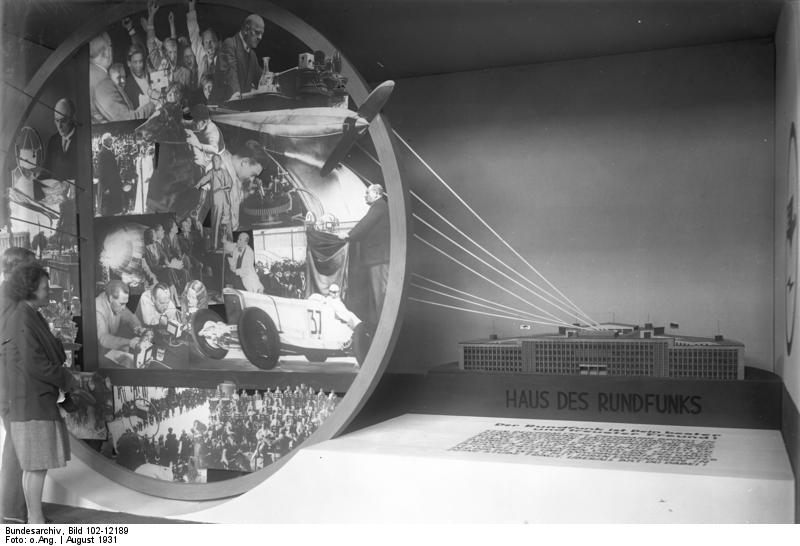 “Achtung, Achtung, hier ist Berlin auf Welle 400 m!” were the first words that shouted through the radios and was followed by a cello solo a short presentation of Alfred Wilde’s arias and a few pieces from the gramophone. Radio had finally arrived Germany with its first station ‘Funk-Stunde Berlin‘, but who listened to the new program? The license to listen to the radio cost about 350 billion Papiermark (an official currency during the German hyperinflation), which was hardly affordable by the general public. The very first official listener was the German merchant Wilhelm Kollhoff, for this huge amount of money he paid, the tobacconist received a radio as well as his license with the number 1.

Throughout the years, radio technology and the broadcast content improved, the Funkturm Berlin was finished in 1926 and in the same year the newly founded global-radio-association managed the frequencies world wide. The radio and its development really supported the recovery of the Germans from the War and all of its side effects. New business models had to be developed and through the years further stations began their broadcast, which supported new ways of cultural and informational exchange. Soon local and world news could be easily transmitted to the public and even sport events could be broadcast live in 1926.