You are here: Home › geography › The Most Accurate Instruments of Gemma Frisius 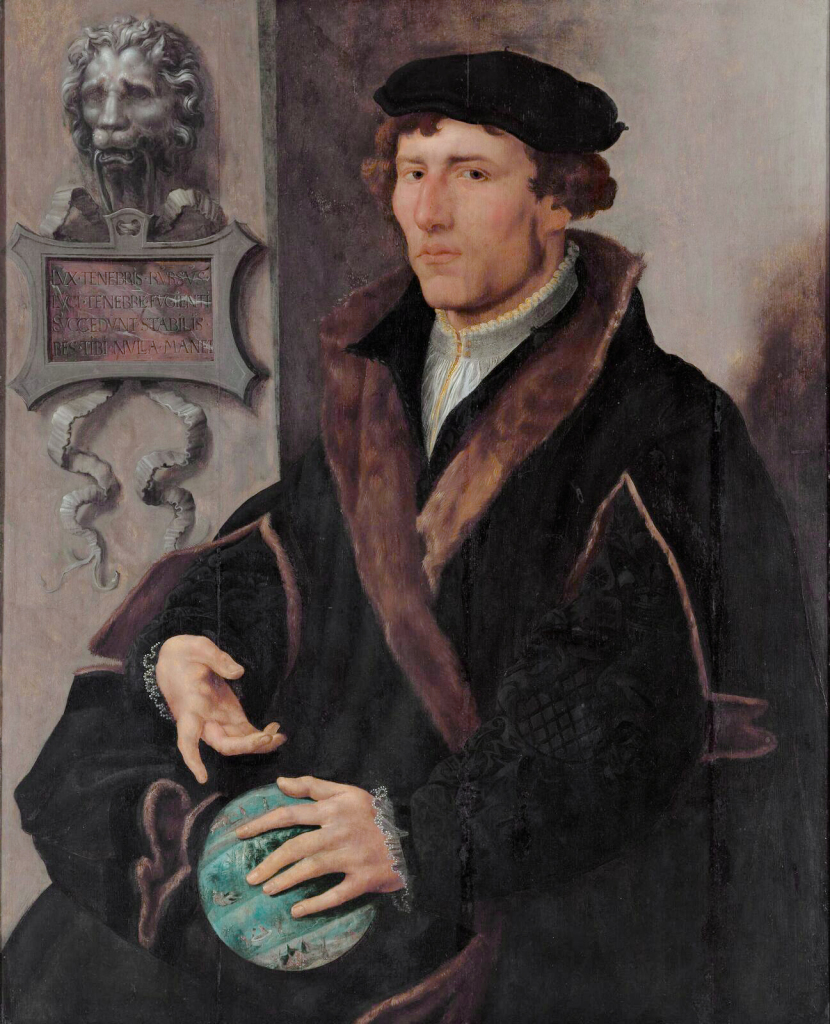 On December 9, 1508, physician, mathematician, cartographer, philosopher, and instrument maker Gemma Frisius was born. He created important globes, improved the mathematical instruments of his day and applied mathematics in new ways to surveying and navigation.

Gemma Frisius was born Jemma Reinierzoon in Dokkum, Friesland, a coastal province in northern Netherlands, of poor parents who died when he was young. His nom de plume Gemma Frisius is a Latinised onomatopoeic version of his birth name plus the toponym Frisius for Friesland.[13] As a child he was disabled and used crutches because of his weak legs until he was six years old. He only adopted the name Frisius when he later became a scholar for, like many scholars from his country, he adopted a Latin version of his name. He moved to Groningen and studied at the University in Leuven beginning in 1525. His stepmother, who had taken care of Gemma after the death of his parents, did not have the means to support him financially through university but he was given a poor student’s place in Lily College. He studied for a medical degree but remained at Leuven to study mathematics and astronomy. He went on to become the leading theoretical mathematician in the Low Countries and also to become professor of medicine and mathematics at the University of Leuven. He received the degree of MD in 1536 and was also a practicing physician in Leuven for the rest of his life.[1]

While still a student, Frisius set up a workshop to produce globes and mathematical instruments. He received a patent with Caspar Vander Heyden for a globe in 1531 and produced other globes in 1535 and 1536. Among his students was also Gerard Mercator,[5] who was also employed by Frisius as a draftsman for his terrestial globe. Gemma designed astronomical instruments, mostly sophisticated variations on the astrolabe, such as the “astronomical ring.” He also improved the Jacob’s staff. He became noted for the quality and accuracy of his instruments, which were praised by astronomer Tycho Brahe,[4] among others. Although Gemma is most remembered for his contributions to instrument making and cosmography, his formal training and occupation in medicine demonstrates the fact that most mathematical cosmography was practiced outside the institutional university context. At 21 and while still a student, Gemma published his corrected edition of Peter Apian’s Cosmographia, a textbook on astronomy, astrology, surveying, cartography and other aspects of applied astronomy, which should become one of the most successful mathematical textbooks published in the 17th century. Throughout his student years, Gemma maintained an active interest in cosmography and instrument making, publishing Gemma Phrysius de principiis astronomiae et cosmographiae in 1530 and several new and enlarged editions of Apian’s Cosmographia.[3]

In 1533, he described for the first time the method of triangulation still used today in surveying. For triangulation, one chooses a base line of known length, and from its endpoints the angles of sight to a remote object are measured. The distance to the object from either endpoint can then be calculated by using elementary trigonometry. The process is then repeated with the new distances as base lines, until the entire area to be surveyed is covered by a network of triangles.[2] Twenty years later, he was the first to describe how an accurate clock could be used to determine longitude. Jean-Baptiste Morin (1583–1656) did not believe that Frisius’ method for calculating longitude would work, remarking, “I do not know if the Devil will succeed in making a longitude timekeeper but it is folly for man to try.”

Frisius built and improved many instruments, including the degree stick (described in De Radio Astronomico 1545), the astrolabe (described in De Astrolabio, published posthumously in 1556) and astronomical rings designed by him (described in his Tractatus de Annulo Astronomicae of 1534), which were used for sundials or planetariums. Besides Mercator, Frisius’ students included Johannes Stadius, John Dee,[6] Andreas Vesalius [7] and Rembert Dodoens.[8] Frisius died in Leuven at the age of 46. According to an account by his son, Cornelius, Gemma died from kidney stones, which he had suffered from for a minimum of 7 years.