You are here: Home › mathematics › Émile Borel and the Infinite Monkey Problem 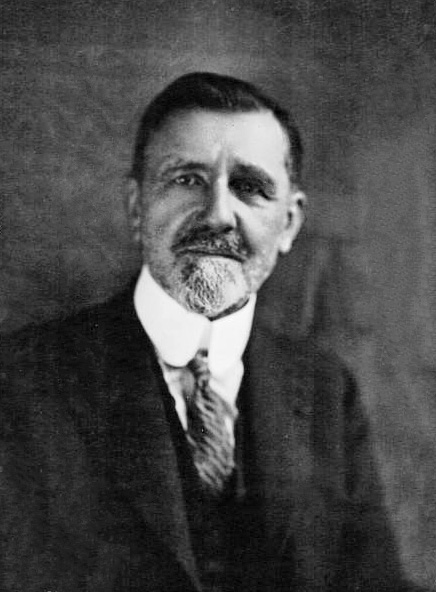 On January 7, 1871, French mathematician Félix Édouard Justin Émile Borel was born. Borel is known for his founding work in the areas of measure theory and probability. In one of his books on probability, he proposed the thought experiment that a monkey hitting keys at random on a typewriter keyboard will – with absolute certainty – eventually type every book in France’s Bibliothèque nationale de France (National Library). This is now popularly known as the infinite monkey theorem.

“Whatever the progress of human knowledge, there will always be room for ignorance, hence for chance and probability.”
Emile Borel (1914). Le hasard. Librairie Félix Alcan. p. 12-13.

Émile Borel was born in Saint-Affrique, Aveyron, France, the son of a Protestant pastor, and exhibited his mathematical talent from a young age. He studied at the Collège Sainte-Barbe and Lycée Louis-le-Grand before applying to both the École normale supérieure and the École Polytechnique. Although placing first in the 1889 entrance exams for both, he chose to attend École normale supérieure. While studying at university he undertook military service with the engineers at Montpellier.[1] After graduating in 1892 as first in his class, he placed first in the agrégation, a competitive civil service examination leading to the position of professeur agrégé. His thesis, published in 1893, was titled On some points in the theory of functions.

When still only 22 years of age, Borel was appointed Maître de Conférence at the University of Lille, and during his four-year stay he published 22 research papers. He returned to Paris in January 1897 when appointed Maître de Conférence at the École Normale Supérieure. From 1899 to 1902 he taught at the Collège de France and was reserve for the Cours Peccot. He was appointed examiner for entry to the École Navale in 1900, holding this position for ten years. He was awarded the Grand Prix of the Academy of Sciences in 1898, he was awarded the Poncelet Prize in 1901, he received the Vaillant Prize in 1904, and in 1905 he was elected president of the French Mathematical Society.[1] In 1909 Borel was appointed to a chair of Theory of Functions created specially for him at the Sorbonne and he went on to hold this professorship until 1941.

In 1913, Émile Borel published the article “Mécanique Statistique et Irréversibilité” (Statistical mechanics and irreversibility, as well as in his book “Le Hasard” in 1914), in which he introduced the amusing thought experiment that entered popular culture under the name “infinite monkey theorem” or the like. The infinite monkey theorem states that a monkey hitting keys at random on a typewriter keyboard for an infinite amount of time will almost surely type a given text, such as the complete works of William Shakespeare.[6] In fact the monkey would almost surely type every possible finite text an infinite number of times. However, the probability of a universe full of monkeys typing a complete work such as Shakespeare’s Hamlet is so tiny that the chance of it occurring during a period of time hundreds of thousands of orders of magnitude longer than the age of the universe is extremely low (but technically not zero).

The Library of Babel

In a 1939 essay entitled “The Total Library“, Argentine writer and librarian Jorge Luis Borges traced the infinite-monkey concept back to Aristotle’s Metaphysics. Borges’ total library concept was the main theme of his widely read 1941 short story “The Library of Babel“, which describes an unimaginably vast library consisting of interlocking hexagonal chambers, together containing every possible volume that could be composed from the letters of the alphabet and some punctuation characters.[3]

In 1921 Borel was elected to the Académie des Sciences, becoming its vice-president in 1933 and its president in 1934. In 1928, with financial support from Rockefeller and Rothschild, he set up the Institut Henri Poincaré [4] (the Centre Émile Borel is now part of the Institute) and he ran the Institute for thirty years. Along with René-Louis Baire and Henri Lebesgue,[5] Émile Borel was among the pioneers of measure theory and its application to probability theory. The concept of a Borel set is named in his honor. He also published a series of papers (1921–27) that first defined games of strategy. In 1913 he was able to bridge the gap between hyperbolic geometry and special relativity with expository work.[1] Borel discovered the elementary proof of Picard’s theorem. This sensational accomplishment set the stage for his formulation of a theory of entire functions and the distribution of their values, a topic that dominated the theory of complex functions for the next 30 years.[2]

Borel also served in the War Office during World War I, in the French Chamber of Deputies (1924–36), and as minister of the navy (1925–40). After his arrest and brief imprisonment under the Vichy regime during World War II, he returned to his native village and worked in the Resistance.[2] Émile Borel died in Paris on 3 February 1956, at age 85.