You are here: Home › literature › The Visionary Dystopies of Aldous Huxley 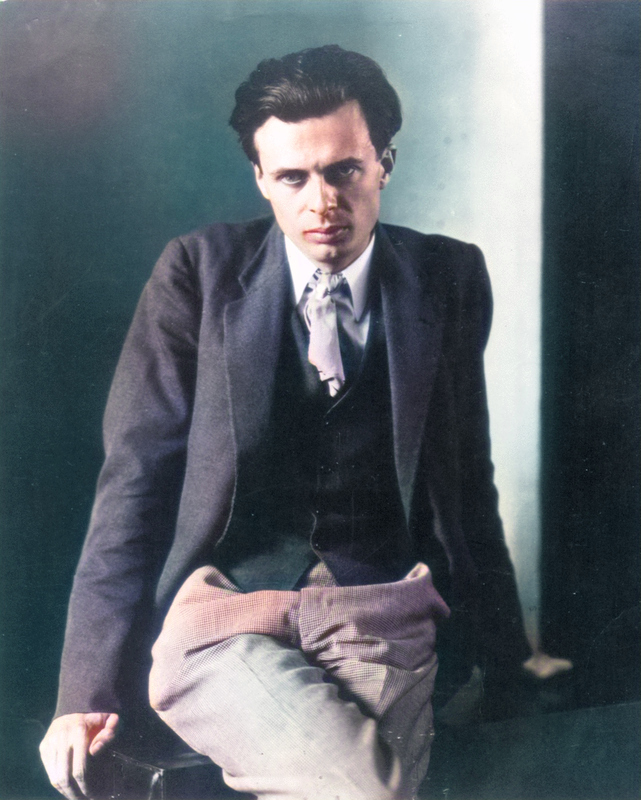 On July 26, 1894, English writer, novelist, philosopher Aldous Leonard Huxley was born. He was best known for his novels including Brave New World, set in a dystopian London, and for non-fiction books, such as The Doors of Perception, which recalls experiences when taking a psychedelic drug, and a wide-ranging output of essays. Nominated for the Nobel Prize in Literature in seven different years, Huxley was widely acknowledged as one of the pre-eminent intellectuals of his time. For sure you have read Brave New World. If not, you have definitely heard of it. Like George Orwell‘s famous Nineteen Eighty-Four,[5] Huxley‘s Brave New World leads us into a sad future anticipating developments in reproductive technology, sleep-learning, psychological manipulation, and classical conditioning that combine profoundly to change society.

Huxley wrote Brave New World in his house in Sanary-sur-Mer, France in the four months from May to August 1931. By this time, Huxley, already in his late thirties, had established himself as a writer and social satirist. Much of the discourse on man’s future before World War I was based on the thesis that humanity would solve all economic and social issues. After the war the discourse shifted to an examination of the causes of the catastrophe. The works of H. G. Wells [6] and George Bernard Shaw [7] on the promises of socialism and a World State were then viewed as the ideas of naive optimists and gave way for more dystopic views of the future. The world of Orwell’s Nineteen Eighty-Four is one of tyranny, terror, and perpetual warfare.[1] Social critic Neil Postman [8] contrasted the worlds of Nineteen Eighty-Four and Brave New World in the foreword of his 1985 book Amusing Ourselves to Death:

The Son of a Schoolmaster

But, let’s have a look at the author of the famous novel. Huxley was born in Godalming, Surrey, England, in 1894 as the third son of the writer and schoolmaster Leonard Huxley and his first wife, Julia Arnold. Aldous was the grandson of Thomas Henry Huxley, the zoologist, agnostic, and controversialist (“Darwin’s Bulldog”). As a child, Huxley’s nickname was “Ogie”, short for “Ogre”. Huxley’s education began in his father’s well-equipped botanical laboratory, after which he enrolled at Hillside School, Malvern. He went on to Eton College. In 1911 he contracted the eye disease (keratitis punctata) which “left him practically blind for two to three years”, which ended his original plans of becoming a doctor. In 1913, Huxley went up to Balliol College, Oxford, where he read English Literature, and in January 1916, he volunteered to join the British Army in the Great War, but was rejected on health grounds, being half-blind in one eye. In June 1916 he graduated BA with First Class honors. In 1917, he was in charge of ordering supplies at the Air Ministry for the Royal Air Force. He taught French for a year at Eton, where Eric Blair (who was to take the pen name George Orwell) was among his pupils.[5]

Significantly, Huxley also worked for a time during the 1920s at Brunner and Mond, a high-tech chemical plant in Billingham, North East England. Huxley entered the literary world while he was at Oxford, meeting writers like Lytton Strachey and Bertrand Russell [9] and becoming close friends with D. H. Lawrence.[1] His first published novels were social satires, Crome Yellow (1921), Antic Hay (1923), Those Barren Leaves (1925), and Point Counter Point (1928). Brave New World was Huxley’s fifth novel and first dystopian work. His experiences in fascist Italy, where he visited his friend D. H. Lawrence and where fascist leader Benito Mussolini led an authoritarian government that fought against birth control in order to produce enough manpower for the next war, also provided materials for Huxley’s dystopia, as did his reading of books critical of the Soviet Union. Following D. H. Lawrence’s death in 1930, Huxley edited Lawrence’s letters (1932). 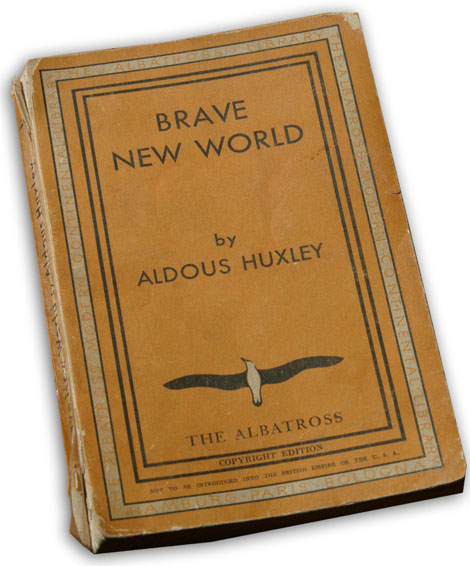 Huxley wrote Brave New World in just about 4 months in 1931. Thus, it predates Nineteen Eighty-Four by more than a decade. Orwell wrote it in 1948, shortly after the Allies had defeated Nazi Germany in World War II and just as the West was discovering the full dimensions of the evils of Soviet totalitarianism. In Brave New World, Huxley portrays a society operating on the principles of mass production and Pavlovian conditioning. It’s important to remember that Huxley wrote Brave New World in 1931, before Adolf Hitler came to power in Germany and before Joseph Stalin started the purges that killed millions of people in the Soviet Union. He therefore had no immediate real-life reason to make tyranny and terror major elements of his story.[1]

Huxley began to write and edit non-fiction works on pacifist issues, including Ends and Means, An Encyclopedia of Pacifism, and Pacifism and Philosophy. The novel Eyeless in Gaza (1936) continues to shoot barbs at the emptiness and aimlessness experienced in contemporary society, but it also shows Huxley’s growing interest in Hindu philosophy and mysticism as a viable alternative.[2] In 1937, Huxley moved to Hollywood, where he lived, mainly in southern California, until his death, but also for a time in Taos, New Mexico, where he wrote Ends and Means (1937). The book contains illuminating tracts on war, religion, nationalism and ethics. During this period, Huxley earned a substantial income as a Hollywood screenwriter and wrote scripts for film versions of fictional classics such as Jane Eyre, Pride and Prejudice, and Alice in Wonderland. After World War II, Huxley applied for United States citizenship. His application was continuously deferred on the grounds that he would not say he would take up arms to defend the U.S.

Huxley’s most important later works are The Devils of Loudun (1952), a brilliantly detailed psychological study of a historical incident in which a group of 17th-century French nuns were allegedly the victims of demonic possession, and The Doors of Perception (1954). In spring of 1953, Huxley had his first, supervised, experience with psychedelic drugs (in this case, mescaline). Based on this experience, he wrote the philosophical essay The Doors of Perception, in which he recalls the insights he experienced, which range from the “purely aesthetic” to “sacramental vision”. In 1960, Huxley was diagnosed with laryngeal cancer and, in the years that followed, with his health deteriorating, he wrote the Utopian novel Island (1962), in which a cynical journalist who is shipwrecked on the fictional island of Pala, a novel that required 20 years of thought and five years of writing. Among other things, Island was an antidote to Brave New World, a good Utopia. Huxley deplored the drug he called soma in Brave New World – half tranquilizer, half intoxicant – which produces an artificial happiness that makes people content with their lack of freedom. He approved of the perfected version of LSD that the people of Island use in a religious way.[1]