You are here: Home › physics › Walter Schottky and the Image Potential Energy 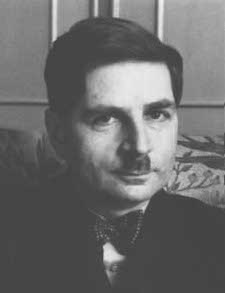 On July 23, 1886, German physicist Walter Hermann Schottky was born. Schottky played a major early role in developing the theory of electron and ion emission phenomena. He invented the screen-grid vacuum tube in 1915 and the pentode in 1919 while working at Siemens, co-invented the ribbon microphone and ribbon loudspeaker in 1924 and later made many significant contributions in the areas of semiconductor devices, technical physics and technology.

Schottky’s postdoctoral period was spent at University of Jena (1912–14). He then lectured at the University of Würzburg (1919–23). He became a professor of theoretical physics at the University of Rostock (1923–27). For two considerable periods of time, Schottky worked as industrial researcher at the Siemens AG Research laboratories first in Berlin and later in Pretzfeld, Bavaria. In 1924, Schottky co-invented the ribbon microphone along with Erwin Gerlach. The idea was that a very fine ribbon suspended in a magnetic field could generate electric signals. This led also to the invention of the ribbon loudspeaker by using it in the reverse order, but it was not practical until high flux permanent magnets became available in the late 1930s

In 1914 Schottky had discovered an irregularity in the emission of thermions in a vacuum tube, now known as the Schottky effect, i.e. an increase in the discharge of electrons from the surface of a heated material by application of an electric field that reduces the value of the energy required for electron emission. The minimum energy required for an electron to escape the surface of some material, called the work function, is supplied by the heat. A very weak electric field may be applied that simply sweeps the already emitted electrons away from the surface of the material. When the field is increased, a point is reached for quite moderate fields at which the value of the work function itself is lowered. If the applied field is further increased, the work function continues to decrease, so that the electron emission current continues to increase. At very high values of the applied field, however, the electron emission undergoes an excessive increase because of the onset of a different type of emission, called high-field emission or, simply, field emission.[2]

Schottky invented the screen-grid tube in 1915, and in 1919 he invented the tetrode, the first multigrid vacuum tube. In his book Thermodynamik (1929), he was one of the first to point out the existence of electron “holes” in the valence-band structure of semiconductors. In 1935 he noticed that a vacancy in a crystal lattice results when an ion from that site is displaced to the crystal’s surface, a type of lattice vacancy now known as the Schottky defect.

Furthermore, he discovered a cellular barrier at the interface between metal and semiconductor (the Schottky barrier), which led to development of a hot carrier semiconductor diode (Schottky diode) that exhibits a nonlinear voltage/current relationship.[4] 1943-55 he worked in Pretzfeld (Upper Franconia) in a semiconductor laboratory of the Siemens-Schuckert-Werke, then until 1958 in Erlangen.

Schottky was awarded the Royal Society’s Hughes medal in 1936 for his discovery of the Schrot effect in thermionic emission, i.e. spontaneous current variations in high-vacuum discharge tubes, called by him the “Schrot effect”: literally, the “small shot effect”, and his invention of the screen-grid tetrode and a superheterodyne method of receiving wireless signals. In 1964 he received the Werner von Siemens Ring honoring his ground-breaking work on the physical understanding of many phenomena that led to many important technical appliances, among them tube amplifiers and semiconductors. Walter Schottky died on March 4, .1976 in Forchheim at age 89.