You are here: Home › biology › Gorillas in the Mist – The Life of Dian Fossey 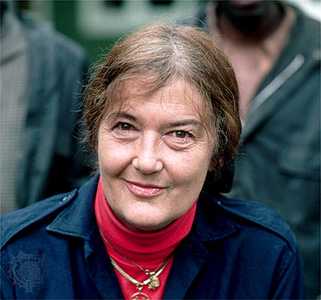 On December 26, 1985, American zoologist, primatologist, and anthropologist Dian Fossey was killed. She is best known for her extensive study of gorilla groups over a period of 18 years in they mountain forests of Rwanda. Her 1983 book, Gorillas in the Mist, combines her scientific study of the mountain gorilla at Karisoke Research Center with her own personal story.

“When you realize the value of all life, you dwell less on what is past and concentrate more on the preservation of the future.”
— Dian Fossey, last entry in her diary.

Dian Fossey was born in San Francisco, California, to George E. Fossey III, an insurance agent, and Kathryn Fossey, a fashion model. As her parents divorced in 1938, her mother remarried Richard Price, a business man, who never treated Dian as his own child.  Struggling with personal insecurity, Dian turned to animals as a way to gain acceptance starting with her first pet goldfish. Educated at Lowell High School, she enrolled in a business course at the College of Marin, but switched to a pre-veterinary course in biology at the University of California, Davis. Due to her parents disapproval Dian never received any substantial amount of financial support throughout her adult life.

Fossey transferred to San Jose State College to study occupational therapy, receiving her bachelor’s degree in 1954. In 1955, she went to Kentucky and took a job as an occupational therapist at the Kosair Crippled Children’s Hospital. Fossey lived on a farm with the family of a coworker and worked with the livestock on a daily basis. In 1963 she took a leave of absence to travel to Africa for seven weeks, which cost Fossey her entire life savings at the time, as well as a bank loan. In 1966 she quit her job once Louis Leakey confirmed that she would receive funding for her research with the Mountain Gorillas.[5] Leakey, who as a palaeontologist dealt with the problems of incarnation, also had a very special interest in the behaviour of the great apes as the closest relatives of man. He had already set the course so that Jane Goodall [6] could begin her field research on chimpanzees in Tanzania and Birutė Galdikas could carry out a similar project on orangutans in Borneo before Fossey finally convinced him in 1966 that she was the right person to undertake a long-term study on the behaviour of mountain gorillas. Fossey also wanted to determine how many mountain gorillas still existed.

Gorillas in the Mist

Fossey then met Joan and Alan Root, native wildlife photographers who were working on a documentary of African gorillas at the time, and when the couple brought her along on one of their trips in search of the primates, Fossey was instantly enamored. She later explained her draw to gorillas in her 1983 autobiographical work, Gorillas in the Mist:

“It was their individuality combined with the shyness of their behavior that remained the most captivating impression of this first encounter with the greatest of the great apes.”[1]

After staying with friends in Rhodesia, Fossey returned home to Louisville to repay her loans. When she met Louis Leakey again, three years after the original safari, Leakey suggested that Fossey could undertake a long-term study of the gorillas in the same manner as Jane Goodall had with chimpanzees in Tanzania. After studying Swahili and auditing a class on primatology (the scientific study of primates) during the eight months it took to get her visa and funding, Fossey arrived in Nairobi in December 1966. Fossey took the opportunity and subsequently lived among the mountain gorillas in the Democratic Republic of Congo until civil war forced her to escape to Rwanda.

The Karisoke Research Center was established in 1967 between two volcanic mountain ranges, Mt. Karisimbi and Mt. Visoke located in the Parc des Volcans in Rwanda. The park is located on the border of Zaire, within 10 miles of Uganda. Fossey later housed her anti-poaching patrols there as headquarters to stop the slaying of gorillas. The research center also brought in other scientists to study different aspects of the gorillas biology. Her pioneering work with the gorillas has forever changed the ways animals are studied in the wild. Her observations of gorillas behavior, dispelled myths about the mountain gorillas violence. She sat unharmed, within a few feet of them almost everyday for 22 years.[2]

While hunting had been illegal in the national park of the Virunga Volcanoes in Rwanda since the 1920s, the law was rarely enforced by park conservators, who were often bribed by poachers and paid a salary less than Fossey’s own African staff. The poachers were locals making money off of the hands, heads and feet of the gorillas. The heads were used as wall decorations and hands and feet as ashtrays. Dian’s reputation with the locals was not always very good. She often played with the notion that they thought she was a witch (because of local Black Magic beliefs) and played the role of a witch while interrogating poachers they had caught. 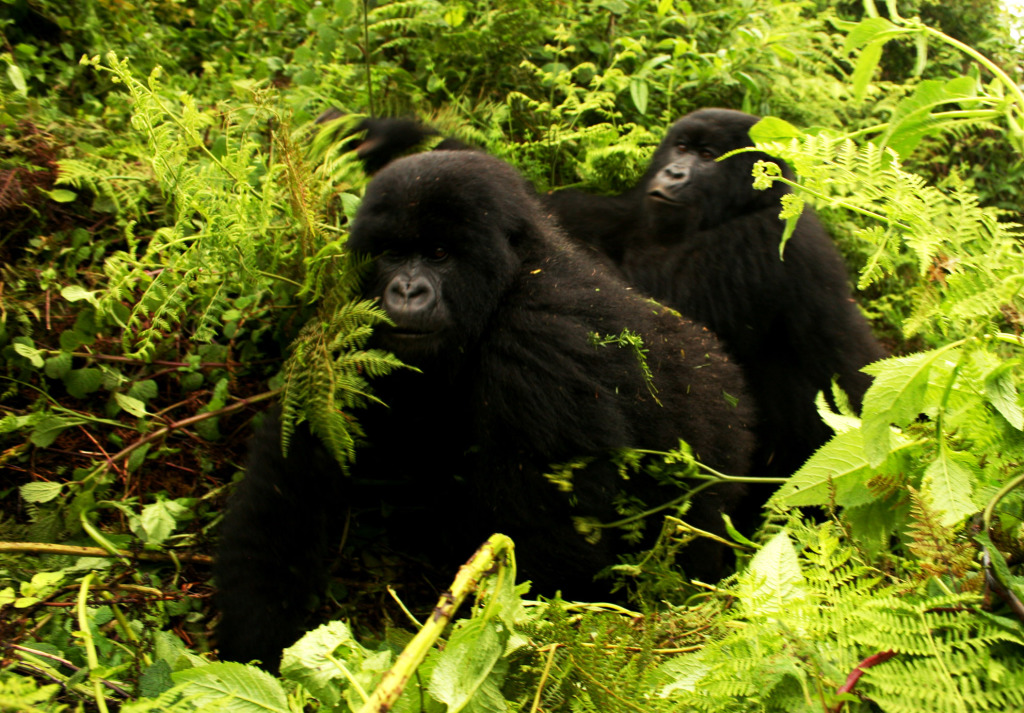 Gorillas moving,
photo by TKnoxB from Chemainus, BC, Canada – Flickr

The Behaviour of the Mountain Gorilla

Fossey left Africa in 1970 to complete work for a doctorate at the University of Cambridge in England. In 1974 she received her degree in zoology with the completion of her dissertation, “The Behavior of the Mountain Gorilla.” She returned to Rwanda with student volunteers who made broader kinds of research possible. Motivated by the killing of Digit, one of her favored gorillas, Fossey generated international media coverage in 1978 in her battle against poachers.[3]

Fossey had been plagued by lung problems from an early age, and later in her life, Fossey suffered from advanced emphysema brought on by years of heavy cigarette smoking. As the debilitating disease progressed— further aggravated by the high mountain altitude and damp climate — Fossey found it increasingly difficult to conduct field research. In the early morning of December 27, 1985, Fossey was discovered murdered in the bedroom of her cabin located at the far edge of the camp in the Virunga Mountains, Rwanda. Though no assailant was ever identified, it is widely suspected that she was killed by the poachers against whom she had struggled for so long.

What separates us from chimpanzees? | Jane Goodall, [10]