You are here: Home › explorer › The Adventures of Sir Richard Francis Burton in Africa 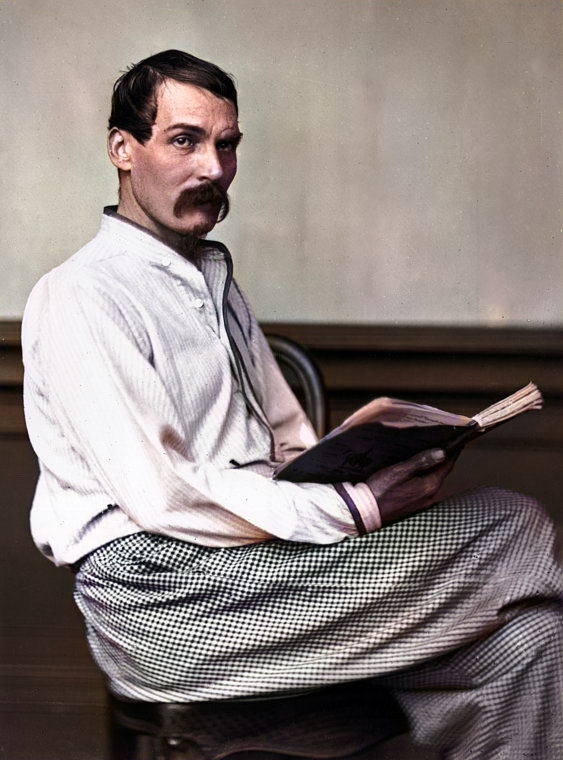 On March 19, 1821, Sir Richard Francis Burton, British geographer, explorer, translator, writer, soldier, orientalist, cartographer, ethnologist, spy, linguist, poet, fencer and diplomat was born. He was known for his travels and explorations within Asia, Africa and the Americas, as well as his extrardinary knowledge of languages and cultures, among them also his journey together with John Hanning Speke [4] as the first Europeans to visit the Great Lakes of Africa in search of the source of the Nile.

“Travellers like poets are mostly an angry race.”
– Sir Richard Francis Burton, “Narrative of a Trip to Harar” (11 June 1855)

Since Burton’s father was a Lieutenant Colonel in the British army, his family got to travel quite a lot during his childhood. His parents provided Burton a decent education first by tutors, later by enrolling their son at a formal school. The young Richard Burton enjoyed studying languages and before attending Trinity College at Oxford, he already knew around 5 foreign languages. Burton was known to be very intelligent, but his many provocations and rule violations got him expelled from college, wherefore Burton enlisted in the army of the East India Company in 1842. The time at the Army was very influential to Burton’s later life as an explorer, not only because he learned the Indian culture and religions but also because he learned how to use various measuring instruments.

A Pilgrimage to Mecca

Enthusiastic for more adventures, Richard Francis Burton left for the journey that made him famous. He went on a pilgrimage to Mecca and Medina. Not many of non-Muslim Europeans have done this before and Burton prepared for this adventure with studies of the Muslim traditions and habits carefully in order to fit in as a ‘non believer’. Burton returned with the most detailed documentation of the Hajj ever published in Europe in the 19th century. 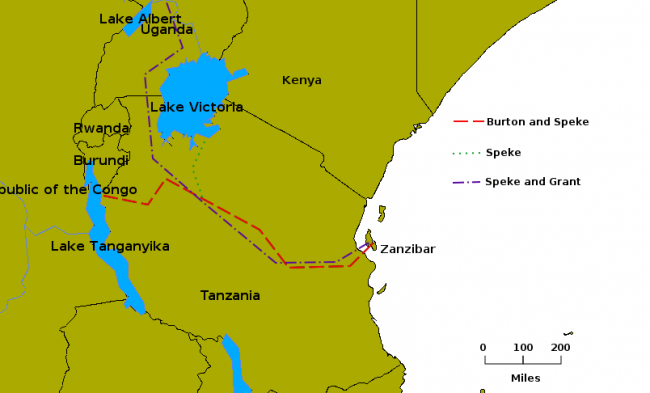 Burton was now widely known for his skills and knowledge wherefore the Royal Geographical Society supported another exploration to Somalia and beyond to discover places no European had seen before. John Hanning Speke joined the adventurer after three months but unfortunately, it is believed that the group was attacked by Somali warriors, killing many of their crew, capturing Speke, who was later able to escape, and wounding Burton.[4] Burton was partly blamed for the disaster, which was later proven wrong. Still, this trip depicted a great crack to his career and reputation. The resulting publication ‘First Footsteps in East Africa‘ was published in 1856.

Despite the difficulties of the last expedition, the Royal Geographical Society financed Burton another expedition to find possible export resources in Africa and to discover the source of the river Nile. He was again joined by Speke. A milestone during the expedition was the arrival at Lake Tanganyika. Unfortunately, Speke turned temporally blind as a result of a disease. He was unable to enjoy the beauty of the lake as Burton described in ‘Lake Regions of Equatorial Africa‘, published in 1860. Later on it was Richard Francis Burton, who suffered from illnesses, and it was Speke who discovered Lake Victoria by himself, which he thought of as the source of river Nile. After the journey, the two famous explorers faced several professional disagreements and began harming each other’s reputations. Their most controversial topic was the source of the Nile river.  It is believed that John Hanning Speke died by accidentally shooting himself in 1864, and the travel companions they never really solved their issues. About 20 years after their journey, Burton admitted to have been wrong in the dispute with Speke considering the Nile.

In the following years, Burton entered the Foreign Service as consul and explored West Africa’s coast, he traveled through Brazil and was later occupied in Damascus due to his high knowledge of the local culture. In the 1860’s he founded the Anthropological Society of London, aiming to “supply travelers with an organ that would rescue their observations from the outer darkness of manuscript and print their curious information on social and sexual matters“. Burton used the last of his active work years publishing several traveling books which were well discussed due to their controversial content. His best-known contributions to literature were those considered risqué or even pornographic at the time and which were published under the auspices of the Kama Shastra society. These books include The Kama Sutra of Vatsyayana (1883) (popularly known as the Kama Sutra), The Book of the Thousand Nights and a Night (1885) (popularly known as The Arabian Nights), The Perfumed Garden of the Shaykh Nefzawi (1886) and The Supplemental Nights to the Thousand Nights and a Night (seventeen volumes 1886–98).

Richard Francis Burton was knighted in 1886 by Queen Victoria. He died in Trieste early on the morning of 20 October 1890 of a heart attack. Burton is described by Kwame Anthony Appiah on the one hand as an outstanding example of a cosmopolite who was devoted to the languages and peoples of the world, but at the same time as an example of a Victorian-style “anti-cosmopolite” who rarely championed the causes of other people and spoke of other ethnicities with contempt.


Sir Richard Francis Burton and the Source of the Nile [13]