You are here: Home › medical science › The Clinical Teaching of Herman Boerhaave 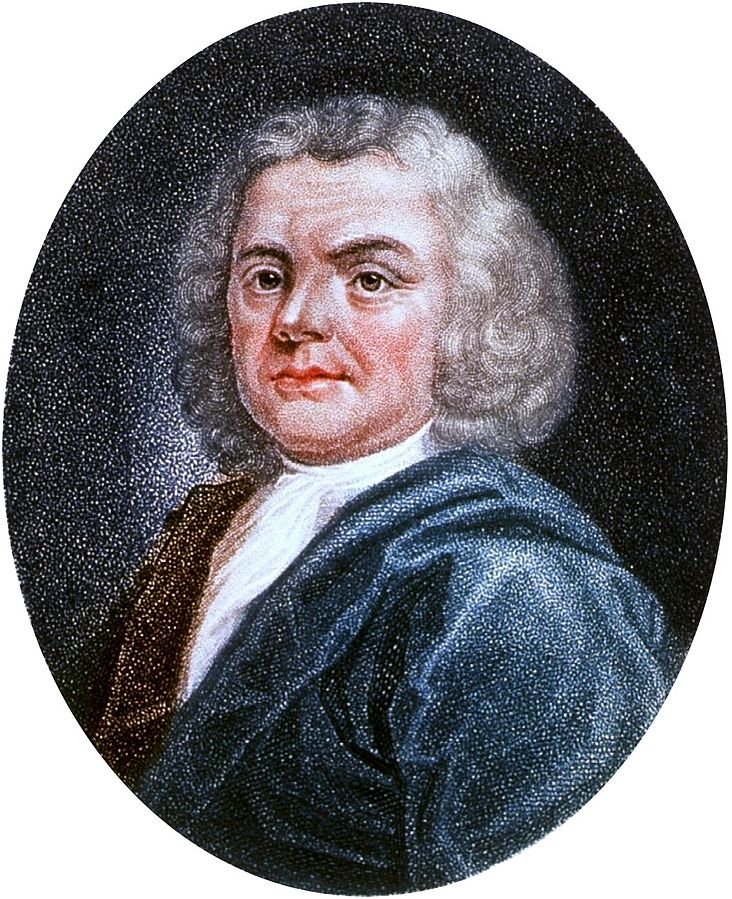 On December 31, 1668, Dutch botanist, chemist, Christian humanist and physician Herman Boerhaave was born. Boerhaave is regarded as the founder of clinical teaching and of the modern academic hospital and is sometimes referred to as “the father of physiology”. He is best known for demonstrating the relation of symptoms to lesions and, in addition, he was the first to isolate the chemical urea from urine. He was the first physician that put thermometer measurements to clinical practice.

“The doctor is necessary to be well educated in medical science […] to exercise affable medicine.”
— Herman Boerhaave, from Methodus descendi medicinam, p. 9

Herman Boerhaave was born at Voorhout near Leiden, Netherlands, as the son of a Protestant pastor. During his early years, Herman Boerhaave studied for a divinity degree and intended to become a preacher. However, after his father passed away, Boerhaave was offered a scholarship and he entered the University of Leiden, where he studied under Jacobus Trigland the Younger, Friedrich Spanheim and Johannes a Marck. Boerhaave especially developed a predilection for the philosophical sciences at that time, finding a stimulating teacher in Burchard de Volder. In 1689, he earned his degree in philosophy with a dissertation on the difference of the mind from the body (De distinctione mentis a corpore, 1690). In his dissertation, Boerhaave attacked the works of Epicurus, Thomas Hobbes and Spinoza.[4,5]

Then, Boerhaave was ordered by Johan von den Bergh, the secretary of the University of Leiden, to catalogue the newly purchased library of Isaac Vossius. While this work was stimulating in many ways, Boerhaave decided to study the medical sciences. He initially taught himself the writings of Hippocrates of Kos, Andreas Vesalius and Thomas Sydenham.[6,7] He also had sympathy for the writings of Spinoza, Boyles, Descartes and later Newton. His practical teachers at that time were de Volder, in chemistry Jacobus le Mort, Charles Drelincourt the Younger and the anatomist Anton Nuck. In 1693 Boerhaave enrolled at Harderwijk University, where the following day he studied the excrements of the sick with Theodor van Graeff under the Latin title Exposuit casum morbi de apoplexia et Hipp. Aphor. 61 sect 5, disputavit de utilitate explorandum in aegris excrementorum ut signorum omnia exacte et solide, and was awarded a doctorate in medicine.

Boerhaave returned to Leiden, where he initially worked as a general practitioner. During this time he devoted himself to chemical research and improved his livelihood as a mathematics teacher. In 1701 Herman Boerhaave was appointed lecturer on the institutes of medicine at Leiden. In his inaugural discourse, De commendando Hippocratis studio, he recommended to his pupils that great physician as their model. In 1706, for example, he was occupied with the construction of greenhouses in the Leiden plant garden and determined the angle at which the glass roofs must be inclined towards the horizon under each degree of latitude in order to absorb as much sunlight as possible.

Boerhaave became a professor of botany and medicine around 1709 at Leiden and managed to publish numerous works descriptive of new species of plants. In 1714, Boerhaave was rector of the university and succeeded Govert Bidloo in the chair of practical medicine. In this capacity Boerhaave introduced the modern system of clinical instruction. His fame in the field of the school of medicine became known throughout Europe. As a university lecturer in Leiden, Boerhaave covered a broad spectrum of medical knowledge. He taught methodology, physiology, general pathology, special pathology, surgery, ophthalmology, pharmacology, chemistry and botany. It is believed that when Peter the Great went to Holland in 1716, he also took lessons from Boerhaave. It is further assumed that Voltaire came to see Boerhaave as well as Carl Linnaeus, who became a close friend of the scientist.

Due to the great recognition Boerhaave enjoyed in the European scientific world, he had a large audience. Everyone who attended his lectures had to pay royalties. In addition, the publication of his writings and his participation in the wool trade generated some additional income. In this way Boerhaave created a not inconsiderable fortune for himself, especially as he lived a relatively undemanding life, although the resulting unpleasant appearance of his contemporaries earned him some scorn and reproach of miserliness. Through his students, Boerhaave exerted an influence on later medical teaching at Edinburgh, at Vienna, and in Germany, and he is often credited with founding the modern system of teaching medical students at the patient’s bedside. His textbooks kept influencing the world of medicine also after his death, these works include Institutiones Medicae, Aphorismi de Cognoscendis et Curandis Morbis, and Elementa Chemiae.

However, Boerhaave’s constant strain was accompanied by increasing health problems. As early as 1712, Boerhaave began to experience symptoms of gout, from which he increasingly suffered. Further relapses in 1727 and 1729 forced him to give up his chemical and botanical professorships on 8 February 1729. However, he retained the professorship of practical medicine. In his last speech to the rector Boerhaave emphasized that it was the highest honor of a doctor to be a servant of nature. He remained so until he died of heart disease at the age of almost seventy.