You are here: Home › medical science › Edwin Klebs and the Bacterial Theory of Infection 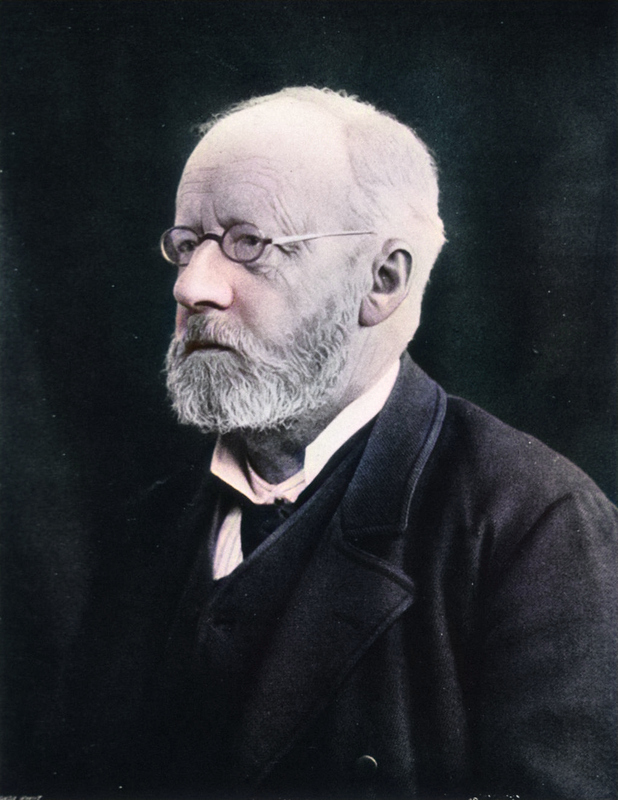 On February 6, 1834, Swiss-German pathologist Theodor Albrecht Edwin Klebs was born. Klebs is mainly known for his work on infectious diseases. His works paved the way for the beginning of modern bacteriology, and inspired Louis Pasteur and Robert Koch. He was the first to identify a bacterium that causes diphtheria, which was called Klebs–Loeffler bacterium.

Medical Studies in Königsberg and Würzburg

Edwin Klebs was born in Königsberg, Province of Prussia. Ignoring the family tradition to study law, he turn towards medicine and studied for five semesters at the University of Königsberg with embryologist and anatomist Martin Rathke, physician and physicist Hermann von Helmholtz,[6] and others. In 1855 at age twentyone, he went to Würzburg to study at the University of Würzburg under the then popular Rudolf Virchow,[2] known for his advancement of public health and often referred to as the “father of modern pathology“[2]. Klebs received his doctorate at the University of Berlin in 1858, where he presented his dissertation in Latin on types of tuberculosis which affect the intestines, part of a general subject which commanded his investigative interests throughout his life. He achieved his habilitation at the University of Königsberg the following year. After practicing for a short time in Königsberg, Klebs was appointed privatdocent in general pathology and assistant in the Physiological Institute under Wittich.[4]

Klebs was an assistant to Virchow at the Charité in Berlin from 1861 until 1866, when he became a professor of pathology at the University of Bern in Switzerland. He served as a military physician for the Prussian Army in 1870 during the Franco-Prussian War. Klebs taught at Würzburg from 1872 to 1873, at Prague from 1873 to 1882, and at Zürich from 1882 to 1892. Because of disagreements with the rest of the faculty, the impetuous Klebs resigned from Zürich in 1893 and ran an unsuccessful private business in Karlsruhe and Strassburg in 1894.

Klebs’ contributions to pathological anatomy and physiology included the first experimental production of valvular disease of the heart. He preceded Robert Koch in studying the bacteriology of traumatic infections, and in 1876 he succeeded in producing endocarditis by mechanical means combined with general infection.

Klebs identified four “Grundversuche” (fundamental tests) that provided a basis for his own research strategy, as well as general bacteriological research. According to Klebs, the bacteriological tests consist of the following postulates:

Although some of these hypotheses are literally false, they are in general the foundation of modern experiments in bacteriology

From researches on tuberculosis he was able to produce bovine infection by means of milk thereby establishing the bovine origin of the disease. In 1878 he successfully transmitted syphilis to monkeys, antedating the experiments of Élie Metchnikoff [7] and Émile Roux by 25 years. In 1883 Klebs successfully identified the bacterium Corynebacterium diphtheriae as the etiological cause of diphtheria. This bacterium is also known as the Klebs-Löffler bacillus. He also studied malaria, hemorrhagic pancreatitis, and acro-megaly in 1884, two years before Pierre Marie.

Apart from monographs and articles, he produced a handbook of pathological anatomy (1869–76) and a treatise on general pathology (1887–89).[1] Klebs also took an active part in the foundation of three important medical journals, namely, the Correspondenz-Blatt für Schweizer Aerzte (1871), which some years ago was renamed Schweizer medizinische Wochenschrift, the Archiv für experimentelle Pathologie und Pharmacologie (1873) and the Prager Medizinische Wochenschrift (1876).

From 1896 to 1900 Klebs taught at Rush Medical College in Chicago, United States. From 1905 to 1910 he was a private researcher in Berlin, after which he returned to Switzerland, living with his oldest son in Lausanne. Klebs died in Bern in 1913, aged 79.