You are here: Home › art › Claude Monet and the Invention of Impressionism 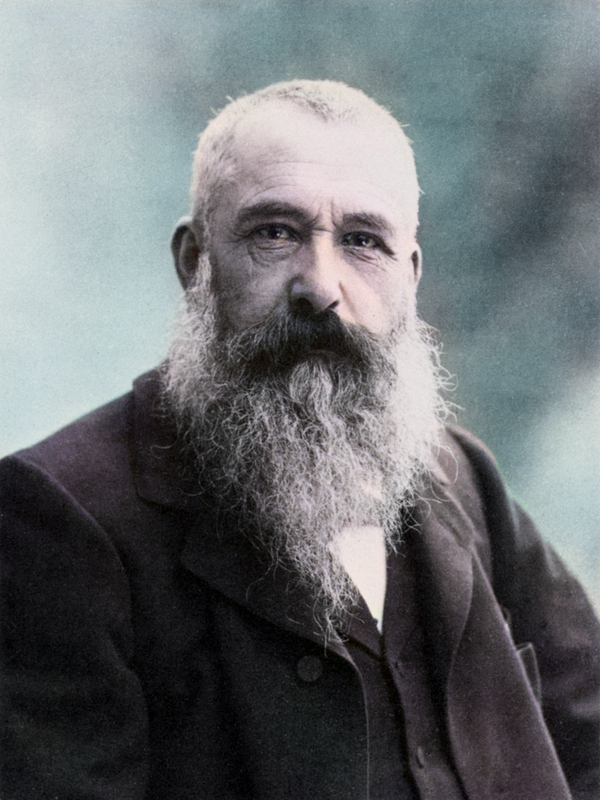 On November 14, 1840, French painter Claude Monet was born. He is considered the founder of French impressionist painting as well as the most consistent and prolific practitioner of the movement‘s philosophy of expressing one’s perceptions before nature.

Claude Monet was born in Paris, the second son of Adolphe Monet his wife Louise Justine Aubrée. His father owned a grocery store. His economic situation deteriorated so much around 1845 that the family moved to Le Havre at the mouth of the Seine. At the age of 5, Claude Monet’s father announced that he would have to go into the family’s grocery business, but Claude thought otherwise. The young boy made clear that he was going to become an artist and six years later, he enrolled at “Le Havre” secondary school of arts. In class, Monet made caricatures of pupils and teachers, which were displayed in the shop window of the only frame dealer in Le Havre. Already at the age of 15, Claude Monet was known throughout the city as a caricaturist. He received commissions for which he won prizes of 20 francs. In addition to his caricatures, the shop window of the frame dealer showed seascapes by the painter Eugène Boudin. Claude Monet did not like these paintings and refused to get to know Boudin through the frame dealer. However, when he did not notice Boudin entering the shop, the dealer took the opportunity to introduce Boudin Monet as the cartoonist. The painter praised Claude Monet’s talent, but also advised him not to be content with drawing and suggested that he paint landscapes.

After school, Monet traveled to Paris and lived there for a couple of years. There are stories about the painter, telling that he noticed how fellow artists used to copy the illustrated paintings. Instead of doing the same, it is said that Monet took a seat by the window and painted what he saw outside. During this period, he got to know many artists, including Édouard Manet, who later became famous for his Impressionist paintings as well.  In 1861 Monet was obliged to serve in the military for seven years. He fell ill with typhoid fever, however, and in 1862 he terminated his military service for health reasons. He returned to Le Havre for recreation. His aunt encouraged him to continue studying art. During this time he met Johan Barthold Jongkind and worked with him. From this time comes the following quotation: “I owe to him the final education of my eye“.  From 1862 Monet worked in the studio of the painter Charles Gleyre, where he met Auguste Renoir, Frédéric Bazille and Alfred Sisley. Under their influence, Monet tried out several new approaches to art, like dealing with the light effects ‘en plein air’ that later became famous for Impressionism. Monet earned the first major recognition in Paris through the paintings ‘The Woman in the Green Dress‘ and ‘Camille‘, painted in 1867. 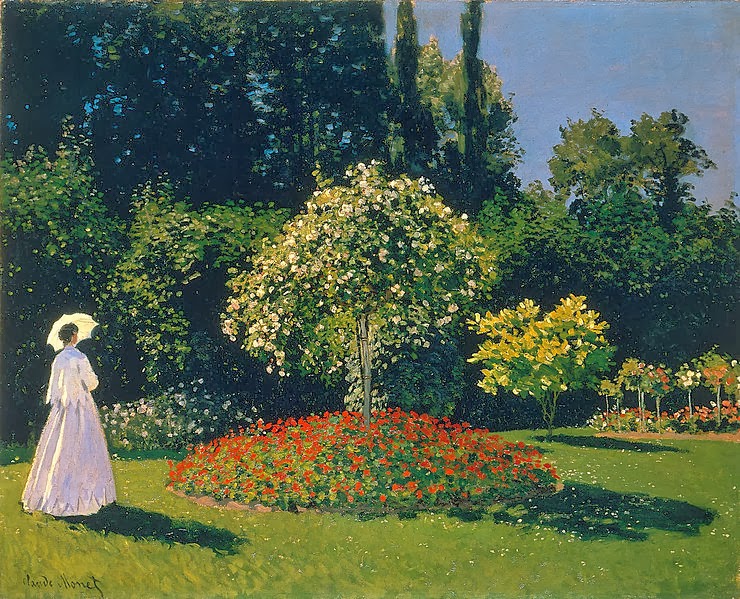 In the following years, Monet moved to England due to the Franco-Prussian War and was highly influenced by artists like William Turner, in whose images the contours dissolve in the light, or Joseph Mallord.[4] After the end of the war, Monet returned to France in autumn 1871 after a detour via Holland. There he rented a house with a garden in Argenteuil. In 1873 Claude Monet met Gustave Caillebotte in Argenteuil, with whom he decided to organize joint exhibitions. In December the “Sociéte Anonyme Coopérative d’ Artistes-Peintres, -Sculpteurs, -Graveurs, etc.” was founded for this purpose. This society was also joined by the artists who were later regarded as the core of the Impressionists. The first group exhibition took place in 1874 in the studio of photographer Felix Nadar on Boulevard des Capucines in Paris.[5] Following the title of the exhibited work Impression – Sunrise, which Monet had painted together with other pictures in Le Havre in 1872, the critic Louis Leroy in the magazine Le Charivari called this exhibition “The Exhibition of the Impressionists“. Thus the concept of Impressionism, which was mockingly used by critics and subsequently by the artists themselves, was founded on Monet’s painting. The pictures, however, were of a strong blaze of colour and embodied untouched nature with hard colour delimitations – new territory for the critics and the general public. During this period, Monet also started painting works of modern life, but a difficult period arose when his wife Camille passed away at very young age. Still, Monet managed to create several masterpieces including landscaped and seascapes. When Claude Monet discovered Giverny, about 50 km from Paris, in the Normandy, he almost instantly moved there, started plating an impressive garden and spent the rest of his life at this place. 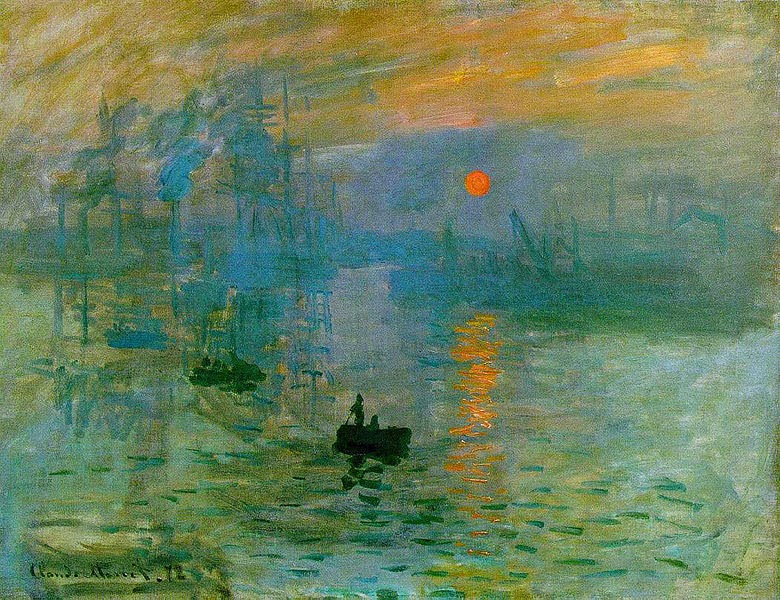 The Garden in Giverny

Claude Monet became the most consistent artist of the Impressionist era. Light, color, and shading were reflected in his paintings again and again to perfection. He became the leading painter of Impressionism. He finally bought the house in Giverny in 1890, where he created a water lily pond surrounded by weeping willows and bamboo.There was a Japanese bridge across this pond. From 1899 until his death, this garden landscape was one of his favourite motifs. During his time in Giverny, Monet’s paintings began selling better and better. He started painting whole picture series such as ‘Haystacks’ and once more travaled around Europe for a while, creating important picture series.From 1908 his eyesight was weakened more and more by an eye disease. During the remaining 30 years of his life, “the garden” has been the theme of his paintings – the garden with the pond full of water lilies and the green Japanese bridge. Even in the garden he had a studio built for his painting. In 1926, Claude Monet fulfilled his last major commission for the French government – 22 murals with water lilies. Claude Monet died on 5 December, 1926 from lung cancer, and was buried in Giverny. Posthumously, several of his paintings were sold for multiple million dollars