You are here: Home › art › Nadar and How Photography became an Art 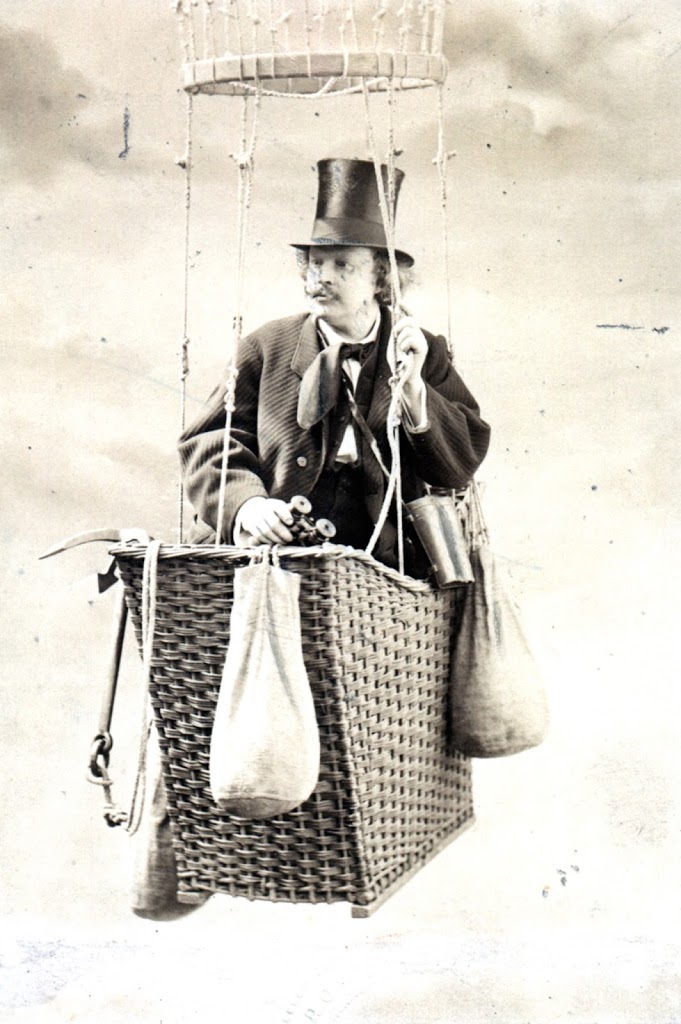 On April 5, 1820, Gaspard-Félix Tournachon better known under his pseudonym Nadar, was born. He is considered to be one of the first grand masters of photography, besides being a caricaturist, a journalist, a novelist, and also a renown balloonist.

Tall, red-haired, with frightened eyes, whimsical to the vagrant youth, Felix Nadar defined himself as “a real daredevil, a jack-of-all-trades, ill-mannered to the point of calling things by their name, and people too“. His parents originally came from Lyon origin. However, his father, Victor Tournachon moved to the French capital as publisher. Young Felix attended various boarding schools in the Paris region, while his father suffered setbacks. He studied at the Bourbon secondary school, which became the Lycée Condorcet. Felix Nadar then tarted studying medicine, but abandoned this subject to become a journalist and worked at first in Paris and Lyon. Back then, he was already known as an amazing caricaturist, wherefore he was “awarded” with the nickname Nadar. Actually, the pseudonym affectionately given to him by his friends was formed after his French nickname “tourne adard” (bitter sting). By 1865, the talented artist basically quit his career as caricaturist due to his increasing fame as photographer.

Panthéon Nadar and Becoming a Photographer

One of his most famous works depicts the ‘Panthéon Nadar‘. Back in Paris, Nadar resumed his activities as a cartoonist with small newspapers, while his reputation gradually established itself. From 1851 onwards, he embarked on a major project for a Museum of Contemporary Glories, for which, with the help of several collaborators, he met the great men of the time in order to draw them. The whole of this work concerns more than 300 personalities of the time out of a total of more than 1,000 vignettes and constitutes a pantheon that should bring him fame. After this success, he and his brother Adrien Tournachon decided to become professional photographers and began shooting several portraits of celebrities and artists in the late 1850’s. In 1854 Nadar opened a studio for photographic portraits in Paris. In contrast to other commissioned photographers, Nadar soon dropped accessories and painted backgrounds and did without retouching. His portraits stage the models by means of lighting, silhouette, concentration on gaze and hands. His aim was to capture the person psychologically, as it were. His clients – most of whom were friends with him – included numerous writers such as Gérard de Nerval, Charles Baudelaire, Honoré de Balzac, Théophile Gautier, George Sand, and artists such as Honoré Daumier, Gioachino Rossini, and Sarah Bernhardt. 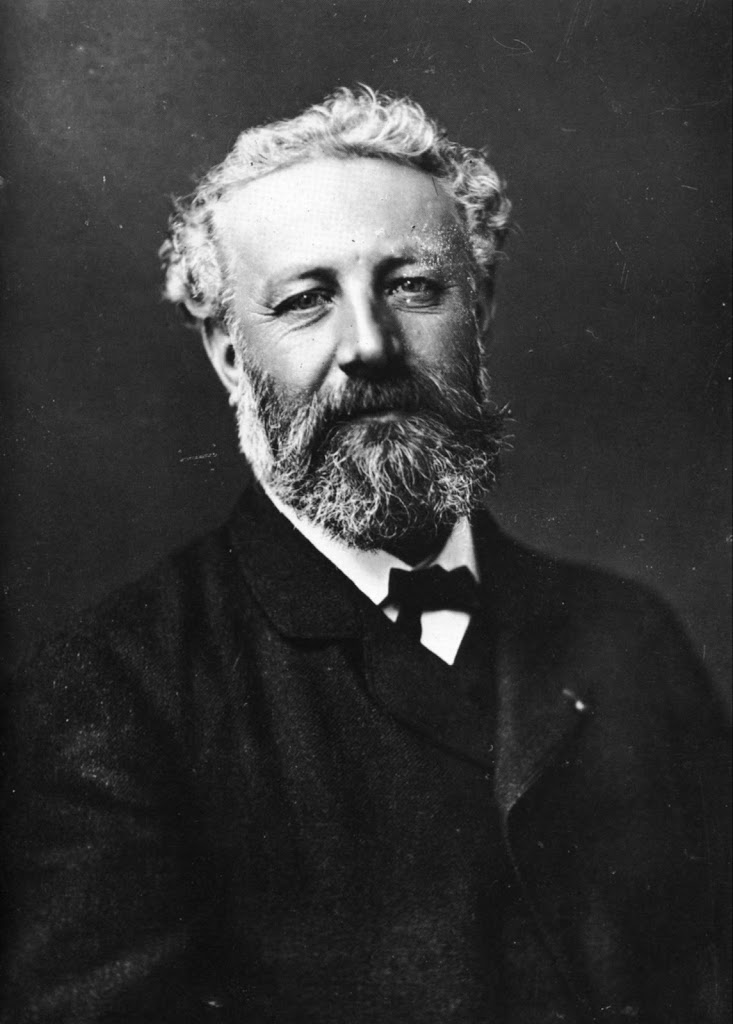 Restored photograph of Jules Verne by Félix Nadar circa 1878.

Often, his images were praised due to the notable intimacy, the photographer was able to establish towards the portrayed person. He was famous for the brilliant light settings in his portraits, creating beautiful shadows around the models. Nadar was able to achieve this through the collodion glass process, developed by Frederic Scott Archer. Since the technology was just invented, he was one of the first to have adapted it, creating unique images. 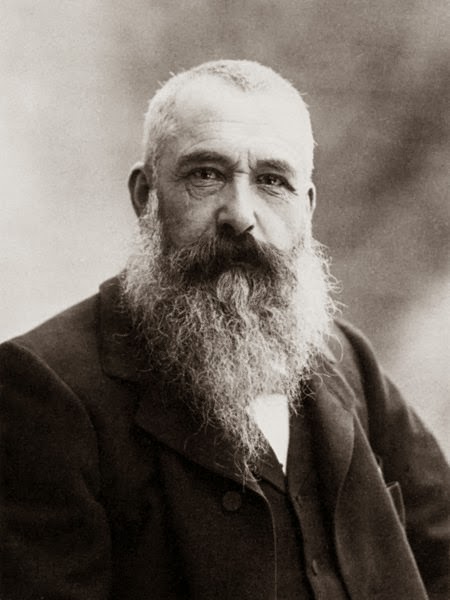 Claude Monet on a picture taken by Nadar in 1899.

In the 1860’s, Nadar created a place where artists and intellectuals could meet and discuss various topics. In 1874, he organized his first exhibition of impressionist works by his friends Claude Monet, Edgar Degas, Camille Pissarro, and Paul Cézanne. 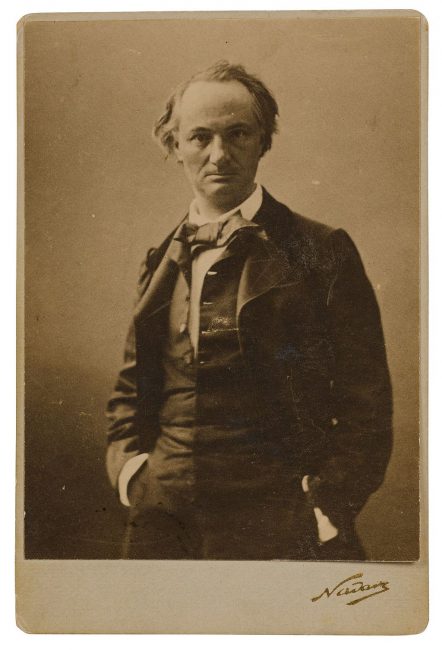 Portait of Charles Baudelaire by Nadar (1855)

Next to his portraits, Nadar was known for his early aerial photography, which he was able to perform while enjoying another balloon ride. He made the very first aerial photographs in history from a balloon at the battle of Solferino in 1859. Around 1863, Nadar built a huge (6000 m³) balloon named Le Géant (“The Giant“), thereby inspiring Jules Verne‘s “Five Weeks in a Balloon“. Although the “Géant” project was initially unsuccessful, he was still convinced that the future belonged to heavier-than-air machines. The artist also depicted the inspirational character for Michael Arden in Verne’s ‘From the Earth to the Moon‘ and became president of the ‘Society for the Encouragement of Aerial Locomotion by Means of Heavier than Air Machines‘ of which Jules Verne was occupied as vice president. Nadar’s long-term exposures in the Paris catacombs and sewers have also become famous. 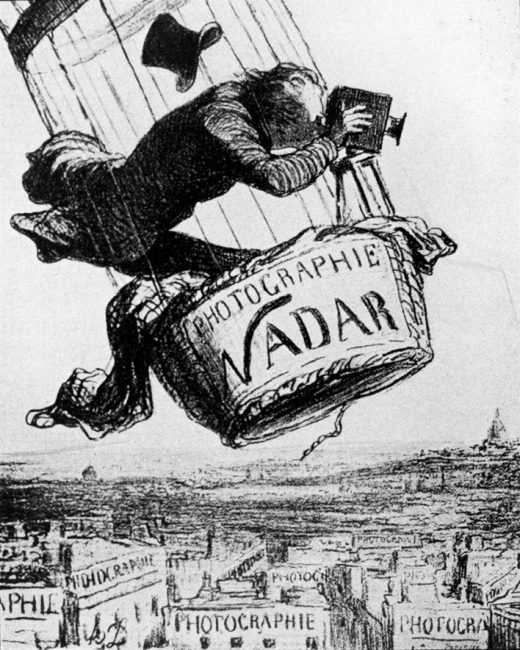 Felix Nadar died March 20, 1910,  in Paris, France. His studio was continued after his death in 1911 by his son Paul Nadar (* 1856 in Paris; † 1939 in Paris). Nadar’s negatives are now kept in the Caisse nationale des monuments historiques in Paris. His prints and archives are in the French National Library.