You are here: Home › art › There is no blue without yellow and without orange – Vincent van Gogh 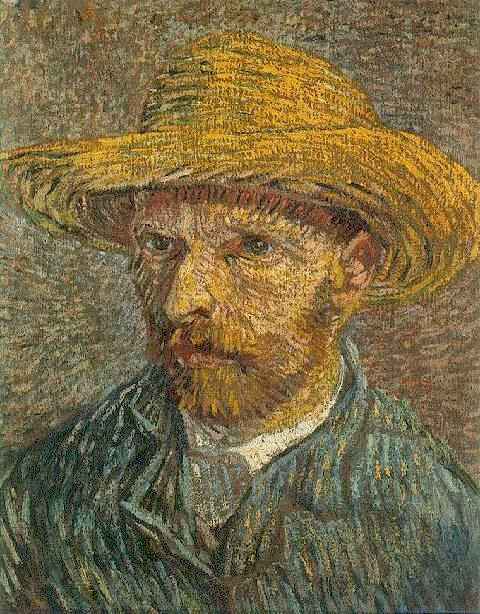 Born in a Small Town in Brabant

Vincent van Gogh was born on 30 March 1853 in Groot-Zundert, a small country town in North Brabant, the son of the priest Theodorus van Gogh and his wife Anna Cornelia, the daughter of a bookbinder. The child, later described as a loner, first attended the village school in Zundert. At the age of eleven and a half he was sent to boarding school in Zevenbergen. From 1866 Vincent attended secondary school in Tilburg, where he in turn lived far from his family. Despite his good grades, he left the school in March 1868 for unknown reason.

Vincent van Gogh decided to become a painter, when he was 27 years old after several unsuccessful attempts to start a career as a merchant and priest. Besides the few drawing lessons in art-class during his time at the boarding school in Zevenbergen, van Gogh never learned how to paint. The first pictures he drew were copies of the paintings by artists he admired and after moving to Brussels, he met Anthon van Rappard. They exchanged their knowledge and van Gogh then received many lessons from the Dutch artist. In the first years of van Gogh’s painting career he preferred drawing workers and farmers. Van Gogh has always been able to associate himself with the poor part of the civilization. During his time in Borinage in the 1870’s, he gave away his clothes to be just like them. Also he was known for his detestation of dissembling people, which could be the reason for the honesty of his pictures in the first years showing how hard and complicated the life of the ‘simple’ people was. One of the most important paintings of this period was ‘The Potato Eaters‘, which he later described to his brother Theo: 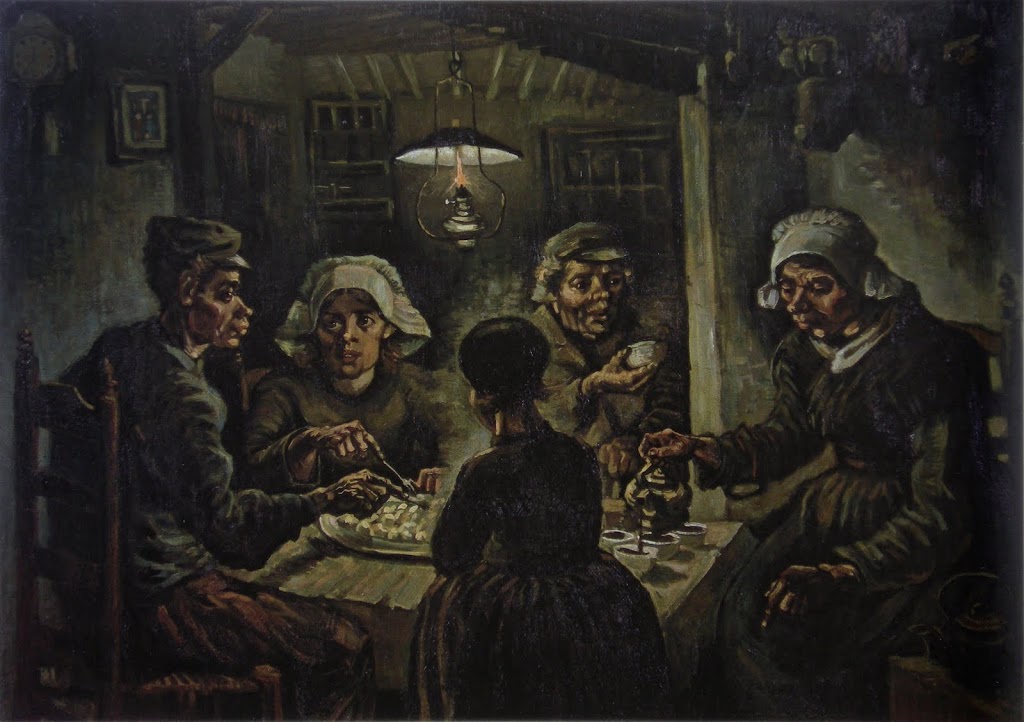 “You see, I really have wanted to make it so that people get the idea that these folk, who are eating their potatoes by the light of their little lamp, have tilled the earth themselves with these hands they are putting in the dish, and so it speaks of manual labor and — that they have thus honestly earned their food. I wanted it to give the idea of a wholly different way of life from ours — civilized people. So I certainly don’t want everyone just to admire it or approve of it without knowing why.”

In 1885 van Gogh moved to Antwerp and later Paris, where he lived with his younger brother Theo. In Paris he was introduced to the Impressionism, which changed his painting style dramatically. He now drew with brighter colors and tried out new techniques. Also he got to know more about Japanese art, which had a great influence in his later works.

Vincent van Gogh has always had the dream of a studio where several artists lived together and inspired each other. In Arles he was able to fulfill this dream together with Paul Gauguin [10] and with the financial support of Theo, but after a short time the two artists often encountered badly and after a big fight van Gogh lost one of his ears. It was never made clear if he cut it off by himself or if Gauguin was responsible for it. After this incident he suffered from many seizures and later admitted himself to a sanatorium where he painted one of his most famous works ‘The Starry Night‘. In his last year as an artist and his last year of life he finally began earning respect for his work, e.g. by Claude Monet, he was mentioned in art magazines and was able to sell some of his paintings.[9] 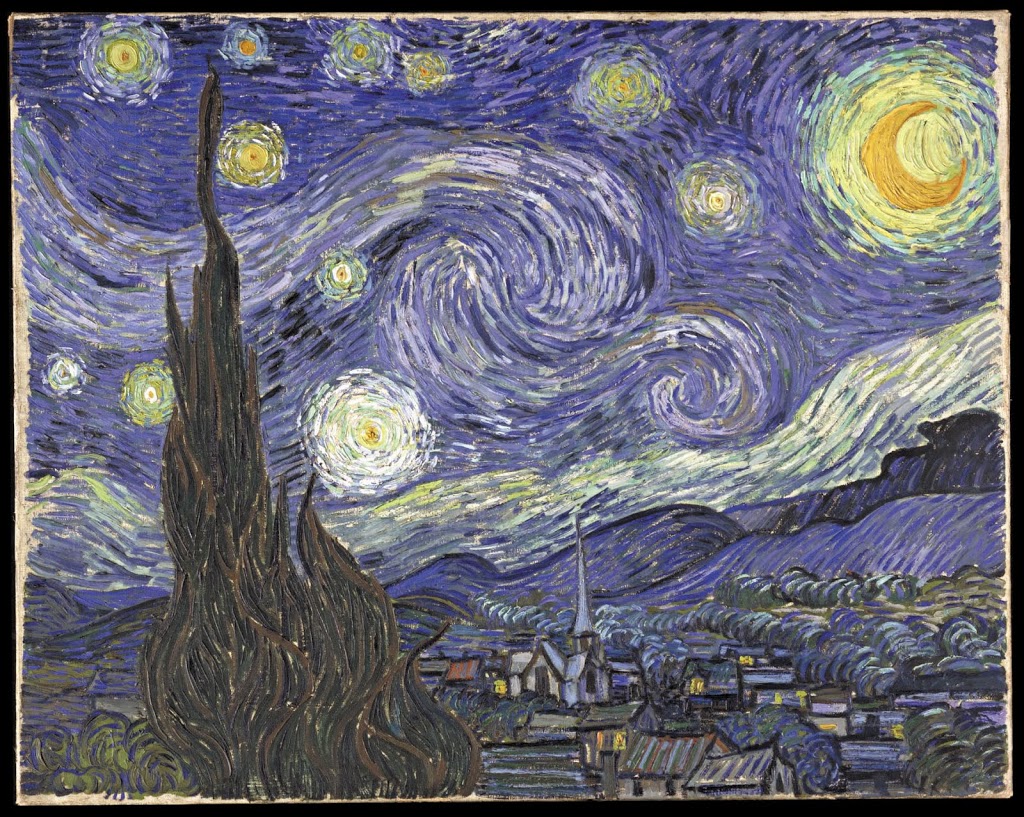 On 27 July, van Gogh shot himself a bullet in the chest in the open air (in other words: in his stomach), but was still able to return to the inn. There was much speculation about the motives for the crime: It is possible that now that Theo was a father of the family, he feared for his undivided attention and, moreover, did not want to be a financial burden on his brother in the uncertain professional situation any longer; it is also possible that the death was supposed to bring about an increase in the price of his pictures in favour of Theo. The two summoned doctors, including Dr Gachet, refrained from removing the bullet. Vincent van Gogh died on 29 July in the presence of his brother. He is buried at Theo’s side, who survived him for half a year and died of syphilis, in the cemetery of Auvers.

Even though Vincent van Gogh only worked as an artist for 10 years, he was able to influence many later artists like Henri Matisse and Pablo Picasso.[7,8] After his passing he became famous as one of the most important artists of all times and his pictures gained an unimaginable value.

Vincent Van Gogh and His Language of Compassion, [10]