You are here: Home › astronomy › Al-Biruni – Mathematician, Astronomer and Founder of Indology 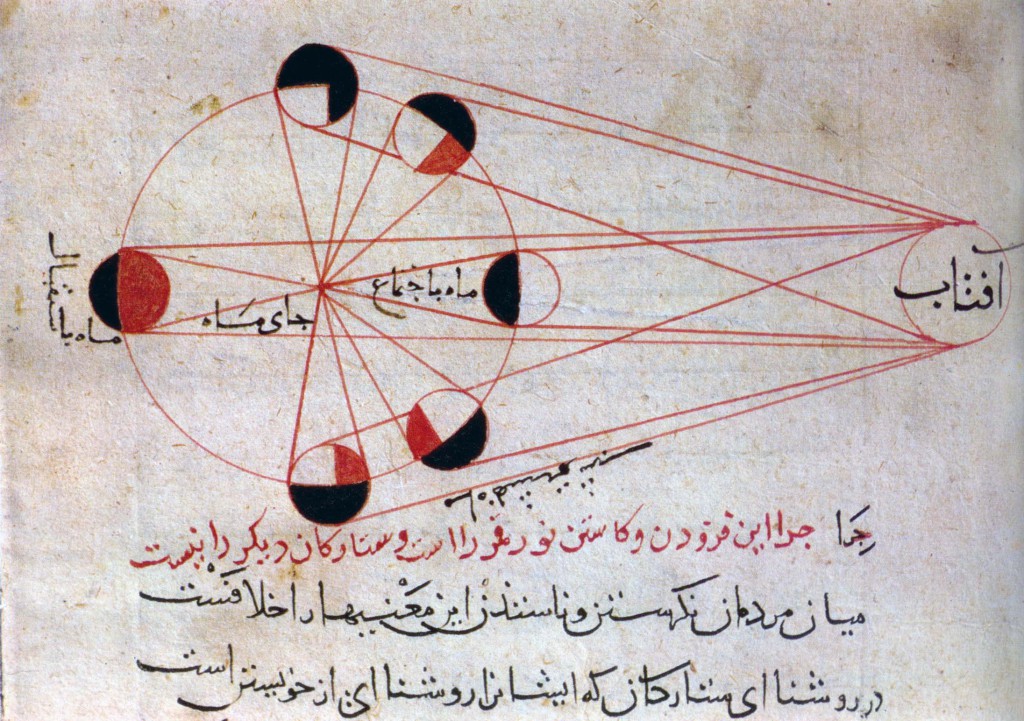 Illustration by Al-Biruni of different phases of the moon

On September 4, 973, Muslim scholar Al-Biruni was born. He is regarded as one of the greatest scholars of the medieval Islamic era and was well versed in physics, mathematics, astronomy, and natural sciences, and also distinguished himself as a historian, chronologist and linguist. He is referred to as the founder of Indology for his remarkable description of early 11th-century India.

“You well know … for which reason I began searching for a number of demonstrations proving a statement due to the ancient Greeks … and which passion I felt for the subject … so that you reproached me my preoccupation with these chapters of geometry, not knowing the true essence of these subjects, which consists precisely in going in each matter beyond what is necessary. … Whatever way he [the geometer] may go, through exercise will he be lifted from the physical to the divine teachings, which are little accessible because of the difficulty to understand their meaning … and because the circumstance that not everybody is able to have a conception of them, especially not the one who turns away from the art of demonstration.”
– Al Biruni, Book on the Finding of Chords.

Abu Rayhan al-Biruni was born in Khwarazm now better known as Karakalpakstan. It is believed that Biruni started his studies at early age under the famous astronomer and mathematician Abu Nasr Mansur and he was probably engaged in his own scientific work starting from the age of 17. By 995, al-Biruni had written several short works including his Cartography, a work on map projections. Also, al-Biruni managed to describe his own projection of a hemisphere onto a plane. However, Abu Rayhan al-Biruni’s quiet life came to an end with the unrest in the Islamic world during the end of the 10th century and beginning of the 11th century. Due to several civil wars, al-Biruni fled, but his exact destination is not clear to this day. He may have gone to Rayy, near today’s city of Tehran, but most likely lived in poverty at that time. Clear is however, that the astronomer al-Khujandi discussed his observations and methods with al-Biruni, who managed to point out several of al-Khujandi’s errors.

“For it is the same whether you take it that the Earth is in motion or the Sky. For, in both the cases, it does not affect the Astronomical Science. It is just for the Physicist to see if it is possible to refute it.”
– Abu Rayhan al-Biruni

In the following years, al-Biruni probably traveled around often, and historians managed to determine some dates and places through the astronomical events he described. He went back to his homeland probably around 1004 and its ruler Abu’s’l Abbas Ma’mun provided great support for al-Biruni’s scientific work. For instance, the scientist was able to build an instrument at Jurjaniyya to observe solar meridian transits and he made 15 such observations with the instrument between 7 June 1016 and 7 December 1016. Unfortunately for al-Biruni, the political events took its toll once more. Al-Biruni had to leave the region, probably as prisoners, after their ruler had been executed. It is assumed that he was supported to do some scientific work even though he suffered great hardships. In 1018, he was probably in Kabul for some time and even though he had no access to any accurate instruments, the scientist managed to observe an eclipse of the sun. While being a prisoner of Mahmud, al-Biruni made an excursion to India and published his famous work ‘India, which covered many aspects of the country including its religion and cast system, and science. Apparently, al-Biruni even studied the original studied Indian literature and translated a few texts into Arabic. With Mahmud’s death, his son Mas’ud turned out to treat al-Biruni better and he was now free to travel and to his research as he pleased to.

Another major work by al-Biruni is known as ‘Shadows‘ which he is believed to have written in 1021 and e.g. contains work on the Arabic nomenclature of shade and shadows. The book turned out to be an important source for the history of mathematics, astronomy, and physics. The work also gives a decent overview of al-Biruni’s abilities and contributions to mathematics and astronomy, as he wrote about theoretical and practical arithmetic as well as the summation of series, combinatorial analysis, and much more. He was the first Islamic scholar to study Brahmanic science and reported extensively on it in the Kitab al-Hind. Al-Biruni, whose mother tongue was chorusmic, translated numerous Arabic and Greek works into Sanskrit, including the elements of Euclid.[3] 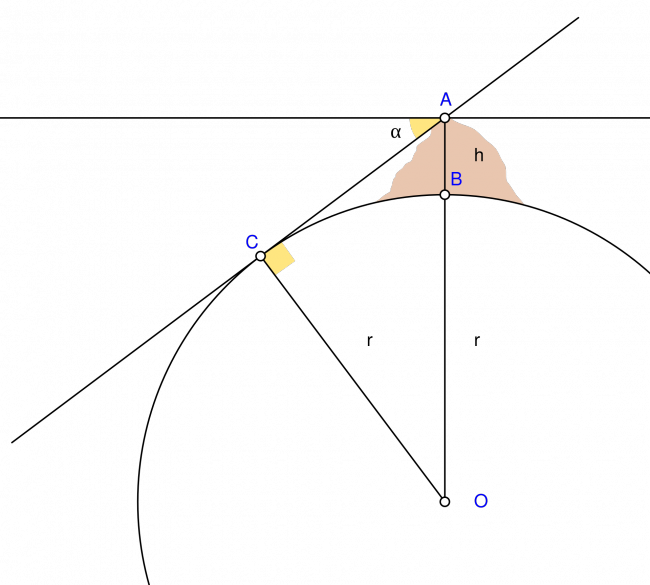 Bīrūnī devised a novel method of determining the earth’s radius by means of the observation of the height of a mountain. He carried it out at Nandana in Pind Dadan Khan (present-day Pakistan). He used trigonometry to calculate the radius of the Earth using measurements of the height of a hill and measurement of the dip in the horizon from the top of that hill. He determined the radius of the earth’s globe to be 6339.6 km, which is very close to the real value today at the equator of 6378.1 km. In his Codex Masudicus (1037), Al-Biruni theorized the existence of a landmass along the vast ocean between Asia and Europe, or what is today known as the Americas. He argued for its existence on the basis of his accurate estimations of the Earth’s circumference and Afro-Eurasia’s size, which he found spanned only two-fifths of the Earth’s circumference, reasoning that the geological processes that gave rise to Eurasia must surely have given rise to lands in the vast ocean between Asia and Europe. Abu ‘r-Raihan Muhammad al-Biruni constructed the first pycnometer. He used it to determine the density (the specific weight) of different materials. Al-Biruni wrote some 146 books, estimated to be 13,000 pages long, and exchanged correspondence with colleagues such as Avicenna (Ibn Sina).[4] About one fifth of his work has been preserved.