You are here: Home › mathematics › Bernard Bolzano and the Theory of Knowledge 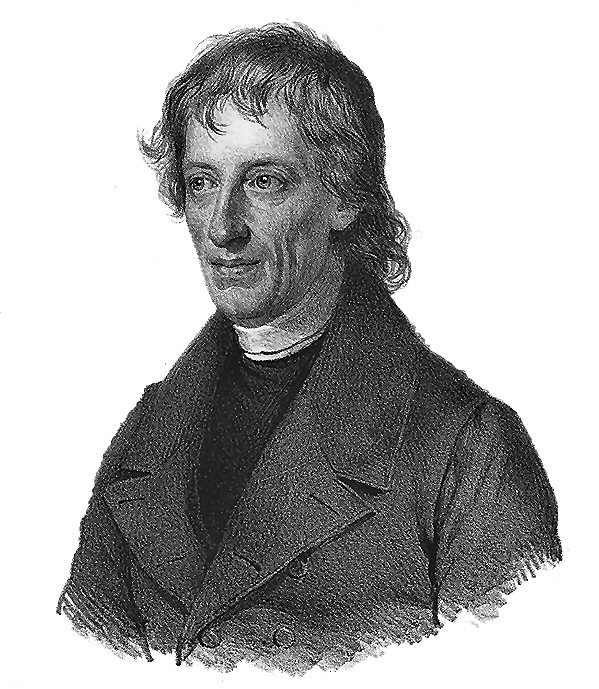 On October 5, 1781, Bohemian mathematician, logician, philosopher, theologian and Catholic priest of Italian extraction Bernard Bolzano was born. Bolzano made significant contributions to both mathematics and the theory of knowledge. He provided a more detailed proof for the binomial theorem and suggested the means of distinguishing between finite and infinite classes. His major work, Wissenschaftslehre (1837), contains various contributions to logic and semantics concerning the relations of compatibility, derivability, and consequence, the deduction theorem, and the logic of classes, entailment, and probability.

Bolzano was born as the fourth of twelve children into a pious catholic family to Bernard Pompeius Bolzano, an Italian art dealer who had moved to Prague, Bohemia, Austrian Habsburg domain (now Czech Republic). When he was ten years old, Bolzano entered the Gymnasium of the Piarists in Prague, which he attended from 1791 to 1796. He subsequently entered the University of Prague in 1796 and studied mathematics, philosophy and physics. Starting in 1800, he also began studying theology. Bolzano got ordained as Roman Catholic priest on 7 April 1805. A few days later, on 17 April 1805, he received his doctorate of philosophy at the University of Prague. Just two days later, on 19 April 1805, he took up the newly established chair for religious doctrine in the Philosophical Faculty at the University of Prague.[2]

The appointment of Bolzano was viewed with suspicion by the Austrian rulers in Vienna. He criticised discrimination wherever he saw it, principally by the German speaking Bohemians against their Czech fellow citizens, and also he criticised the anti-Semitism displayed by both the German and Czech Bohemians. Some members of the Roman Catholic Church were also unhappy because Bolzano’s lectures contains elements of rationalism.[1]

Bolzano should hold his position at the university until 1819, and he was even elected dean of the philosophy department in 1818. During this time, he published his first book, Beyträge zu einer begründeteren Darstellung der Mathematik (Contributions to a More Well-founded Presentation of Mathematics), in which he opposes German philosopher Immanuel Kant’s views on mathematics.[6] His sermons and lectures on philosophy and religion were highly popular with the students but disturbing to Church and government officials, because he voiced his own liberal opinions, advocating pacifism and socialism instead of reinforcing the Catholic doctrine. He openly criticized the government for discrimination and pleaded the cause of minority groups within the empire, such as the Jews and the Czechs. He was forced to resign from his position when he refused to recant his political beliefs. After a lengthy trial held by the Catholic Church, he was forbidden from preaching in public or publishing any of his writing.[3]

Bolzano was exiled to the countryside and at that point devoted his energies to his writings on social, religious, philosophical, and mathematical matters. Although forbidden to publish in mainstream journals, Bolzano continued to develop his ideas and publish them either on his own or in obscure Eastern European journals. In 1842 he moved back to Prague to spent his later days. Bolzano also died in Prague on December 18, 1848, leaving behind an extensive handwritten estate.

The Philosophy of Science

In his 1837 Wissenschaftslehre (Philosophy of Science) Bolzano attempted to provide logical foundations for all sciences, building on abstractions like part-relation, abstract objects, attributes, sentence-shapes, ideas and propositions in themselves, sums and sets, collections, substances, adherences, subjective ideas, judgments, and sentence-occurrences. In the Wissenschaftslehre, Bolzano is mainly concerned with three realms:

As a mathematician he conducted basic research in analysis. He was probably the first to construct a function that is everywhere continuous but nowhere differentiable. He also worked with large and infinitely small numbers. In an essay of 1817 he proved the intermediate value theorem and introduced Cauchy sequences, four years before Augustin-Louis Cauchy.[7] Bolzano’s work on a stricter foundation of analysis was hardly noticed by his contemporaries, in contrast to that of Cauchy, and was only appreciated in the second half of the 19th century (for example by Hermann Hankel, Hermann Amandus Schwarz, Otto Stolz). The mathematical theorem of Bolzano-Weierstraß is named after him. In his 1851 posthumous work “Paradoxien des Unendlichen” (Paradoxes of the Infinite), he collected a great deal of knowledge about (finite and infinite) sets and introduced the concept of set as a technical term into mathematics.

Most of Bolzano’s works remained in manuscript and did not become noticed and therefore did not influence the development of the subject. Many of his works were not published until 1862 or later. Bolzano’s theories of mathematical infinity anticipated Georg Cantor’s theory of infinite sets.[1,8] Bolzano’s posthumously published work Paradoxien des Unendlichen (The Paradoxes of the Infinite) (1851) was greatly admired by many of the eminent logicians who came after him, including Charles Sanders Peirce, Georg Cantor, and Richard Dedekind.