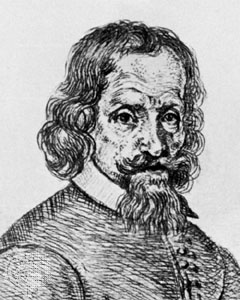 On March 10, 1604, German-Dutch alchemist and chemist Johann Rudolf Glauber was born. His discovery of sodium sulfate in 1625 led to the compound being named after him: “Glauber‘s salt“. He also noted the formation of nitric acid from potassium nitrate and sulphuric acid. Glauber prepared many substances, made useful observations on dyeing, and described the preparation of tartar emetic.

Johann Rudolf Glauber was born in Karlstadt am Main, the Kingdom of Bavaria, actually not far from the place where I was born. He was the son of a barber, Rudolph Glauber von Hundsbach, a profession that at the time entailed a number of medical functions. Unlike most alchemists and scholars of his time, Glauber was neither an aristocrat nor rich. He did not finish school, and never even attended an apprenticeship. But he is thought to have studied pharmacy and visited laboratories. He said that he was glad that he had not suffered the grind of high school but had instead learned by experience.

He lived in Vienna (1625), Salzburg, Giessen, Wertheim (1649–1651), Kitzingen (1651–1655), Basel, Paris, Frankfurt am Main, Cologne and Amsterdam (1640–1644, 1646–1649, 1656-death). Glauber worked first manufacturing mirrors and later for two periods as apothecary to the court in Giessen, the second time as the Chief Apothecary. He was first to produce concentrated hydrochloric acid in 1625 by combining sulfuric acid and table salt. Especially, he also pointed out the virtues of the residue, sodium sulfate – sal mirabile (miraculous salt), or Glauber’s salt. He named it that way, because of its medicinal properties: the crystals were used as a general purpose laxative at a time when purging (emptying the digestive tract) was a popular treatment for many diseases, until more sophisticated alternatives came about in the 1900s. Moreover, Glauber’s salt was a laxative that was much milder than the available alternatives at the time. 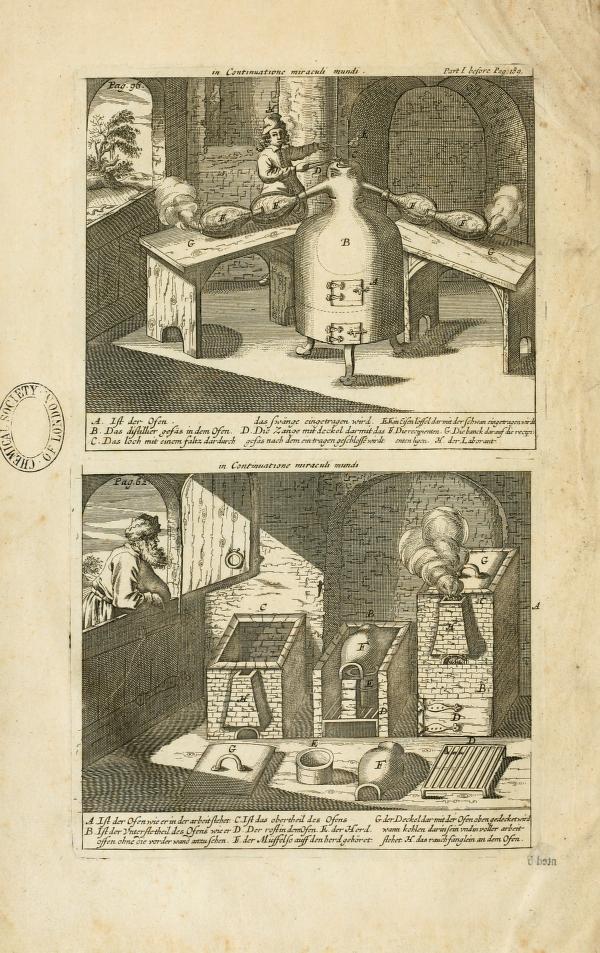 Johann Rudolf Glauber: The works of the highly experienced and famous chymist, John Rudolph Glauber : containing, great variety of choice secrets in medicine and alchymy in the working of metallick mines, and the separation of metals : also, various cheap and easie ways of making salt-petre, and improving of barren-land, and the fruits of the earth : together with many other things very profitable for all the lovers of art and industry, (1689)

It is said that Glauber discovered his sal mirabile in 1625 after contracting a disease in the city of Naples, possibly spotted typhus, which for some time after caused nausea and vomiting. The local people recommended that he should visit a local miracle spring and drink from the water, which they assured him would restore his appetite. Nevertheless sceptical, he took the advice and to his considerable surprise, the miracle cure worked. Glauber’s appetite returned and his health soon improved. Local people ascribed the water’s effect to the natural presence of saltpetre. But, after spending an entire winter evaporating the spring water and analysing the residue salts, Glauber found no evidence of saltpetre. Instead he found his sel mirabile, sodium sulphate.[3]

The political uncertainties of the Thirty Years’ War between 1618 and 1648 persuaded Glauber to leave Germany about 1639 and to go to Amsterdam. During these years he invented distillatory furnaces for which he became rather famous. These furnaces made it possible to obtain high temperatures and to heat substances under a huge variety of conditions. One of the furnaces had a chimney and may have been the first so equipped. Encouraged by these technical improvements, Glauber began to speak of himself as a chemical philosopher and, in a burst of creative activity, completed most of the practical work for which he is famous.[1] Glauber also made an improved process for the manufacture of nitric acid in 1648, by heating potassium nitrate with concentrated sulphuric acid.

Going into the Wine Business

In 1646, Glauber returned to Amsterdam and bought a large house for which he had to pay annual property tax of 1000 gulden, an enormous amount by that time. He produced and sold drugs, which inspires some to call him the world’s first industrial chemist. Nevertheless, in 1650 he experienced bankruptcy, and, facing a suit of 10,000 gulden, fled to Germany to work in the wine industry in Wertheim and Kitzingen. There, he carried out studies on the chemistry of wine production and had commercial success by licensing improvements. In 1652, after being evicted since the house was needed by the new owner, he moved to Kitzingen, where, surprisingly, he bought a large house with cash. He maintained a medical practice of sorts, dispensing primarily antimony-containing medicines free of charge. Furthermore, he received some income by “licensing” his alchemical secrets to other practitioners.[4]

Glauber is also credited with developing the flame test, used to identify the metal of an unknown ionic salt depending on the colour the salt turns the flame of a Bunsen burner. The test is still used by analytical chemists today.[3] In 1660 Glauber published “Teutschlands Wohlfahrt,” in which he appealed to his countrymen to develop the natural resources of Germany and so become economically independent of other European countries. He described methods whereby wine, wood, corn, and other vegetables produced in years of plenty might be concentrated and preserved for use in lean years; methods for the reclamation of barren land, and easier and more profitable ways of extracting saltpeter. In his five-volume work Furni novi philosophici, Amsterdam 1648-1650, Glauber described significant discoveries in the field of chemistry. However, he kept important procedures that he had developed secret and only sold them to other users for a fee.

In organic chemistry Glauber studied fermentation processes, from which he was able to earn a large part of his income at times. He isolated dextrose from honey, raisins and must and obtained vinegar from wood. By the influence of sulphuric acid or nitric acid on plants Glauber was presumably able to produce alkaloids (morphine, brucine, strychnine) for the first time. He was able to isolate the materials as white powder. However, the chemical elements and elemental analysis were still unknown during this time, so that only the working descriptions of Glauber can give hints on possible substances.

The manufacture of drugs was a focal point of Glauber’s work. As a pharmacist, he was a follower of Iatrochemistry and Spagyricism in the succession of Paracelsus,[6] but he also did not reject the traditional pharmacy associated with the name Galens and thus took a middle position in the dispute between the two schools at that time and was controversial with both of them.

For a long time (1660) Glauber had been suffering from an insidious disease, which was probably poisoning as a result of his experiments, probably with arsenic or mercury. In 1668, the chemist, temporarily paralyzed and blinded by his illness, had to sell the equipment of his laboratory and parts of his library to ensure his family’s survival. In 1666 was crippled by a fall from a wagon and was confined to bed for the rest of his life. Johann Rudolf Glauber died on 16 March 1670 in Amsterdam.