You are here: Home › physics › Willy Ley and the German Society for Space Travel 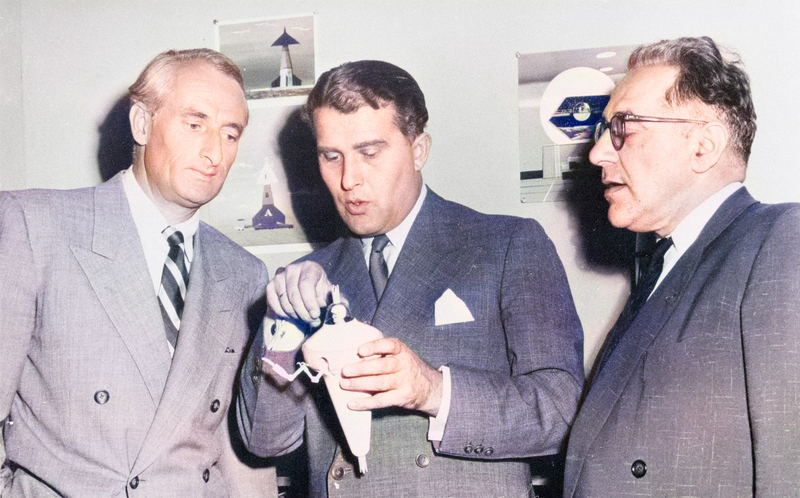 On October 2, 1906, German-American engineer, science writer, spaceflight advocate, and historian of science Willy Ley was born. Ley is known for being one of the first members of the German Society for Space Travel, one of the first group of men to experiment with rockets. Fiercely anti-Nazi, unlike Wernher von Braun, in 1934, he emigrated to the U.S. rather than pursuing military applications of rocketry. In the U.S., he became a popularizer of space exploration and travel, writing many popular books.

Willy Ley was born in Berlin, Germany and studied journalism at the University of Königsberg. Initially, Ley was interested in paleontology but later on, he became increasingly fascinated by space travel after reading Hermann Oberth‘s book Die Rakete zu den Planetenräumen (“The Rocket into Interplanetary Space“). Although it was a technical book that was difficult to understand, Ley worked through the calculations and concluded that outer space would soon become the next great frontier of human exploration. Ley was so convinced by Oberth’s book that he sat down at the age of 19 to write a popularization of its contents by publishing ‘Die Fahrt ins Weltall‘ (The Journey into Space, 1926).[5] Although not a founding member, Willy Ley participated in the Verein für Raumschiffahrt (Society for Space Travel) shortly after its founding, as member number 20 from August 1927, and became second chairman in November 1930. Also, Ley was editor of the Society’s journal ‘Die Rakete‘ (The Rocket). [1,2] In this association, which was founded on the initiative of Max Valier, many pioneers of rocket technology and space travel gathered, such as Wernher von Braun, Hermann Oberth, Rudolf Nebel and others.

The Woman in the Moon

‘The Possibility of Interplanetary Travel‘ or as originally titled Die ‘Möglichkeit der Weltraumfahrt‘ was published by Willy Ley in 1928 and highly influenced the production of Fritz Lang’s film ‘Woman in the Moon‘. Oberth and Ley were both consulted for the film. While Oberth was appointed to create a small rocket to be launched in the film’s premiere. However, this was never realized. Nevertheless, Fritz Lang [4] later recalled the work together with Willy Ley as very fruitful: “The work he had done as consultant and advisor… was amazing. The models of the spaceship, really a highly advanced model of a rocket, the trajectories and the orbits of the modular capsule from the earth, around the earth, and to the moon and back… were so accurate that in 1937 the Gestapo confiscated not only all models of the spaceship but also all foreign prints of the picture“. [2,3]

Emmigration to the USA

Unfortunately, Willy Ley had to leave Germany due to the rise of the Nazi Party in 1935 and the German Rocket Society collapsed. Ley departed for the United States under the auspices of the American Rocket Society. He became a member of the Society and a citizen of the United States in 1944. Also, he continued writing works on astronautics and astro-history, which are considered classics in the field. However, Ley also noticed that the general enthusiasm over the possibility of manned rocket flight in the U.S. was not a big as in Germany. In order to change this, he began writing articles and books promoting manned spaceflight and it’s practicability in the relatively near future. 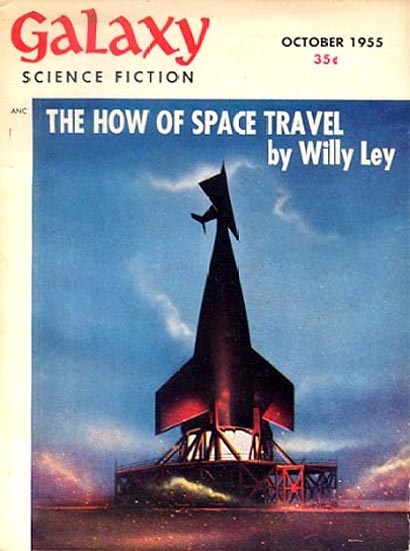 He also wrote one of the earliest books on rocketry for the general American public and expressed his belief that rockets would soon be able to carry humans into space, and even to the Moon. To his best selling works belongs ‘The Conquest of Space‘, published in 1949. It is believed that this text paved the way for many further ideas on the possibilities of space travel. Conquest of Space after the concept of Willy Ley was released as a science fiction movie in 1955. It depicts the first voyage to the planet Mars [2,3]. 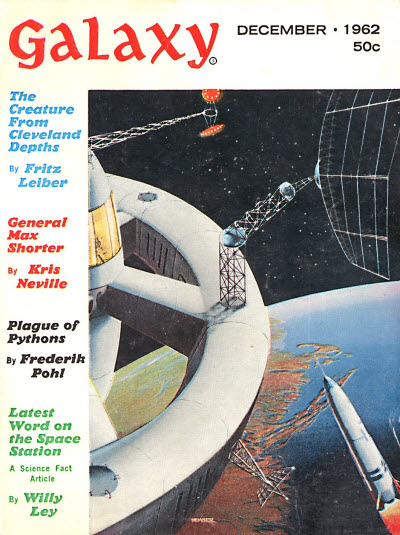 Willy Ley’s “Are We Going to Build a Space Station?” was cover-featured on the December 1962 issue of Galaxy

In the early 1950s, Ley served as a technical consultant for the television series Tom Corbett, Space Cadet. From 1958 he worked for NASA and in 1959 he received an honorary doctorate from Rutherford University NJ. Until his death in 1969, Ley was one of the most widely printed science publicists in science fiction magazines. His articles on science topics such as space travel, Mars, the Ice Age, meteorites, and chemistry appeared in many major magazines. Willy Ley offered readers the opportunity to compare the scientific content of the stories with the actual knowledge of the time, but also made reasonable speculations that in turn fired the imagination of other authors. He received the Hugo Award twice for his contributions to popularizing spaceflight: in 1953 as a feature writer and in 1956 for his “Fact Article or Article Series.”