You are here: Home › engineering › Sergei Pavlovich Korolev – the Father of Practical Astronautics 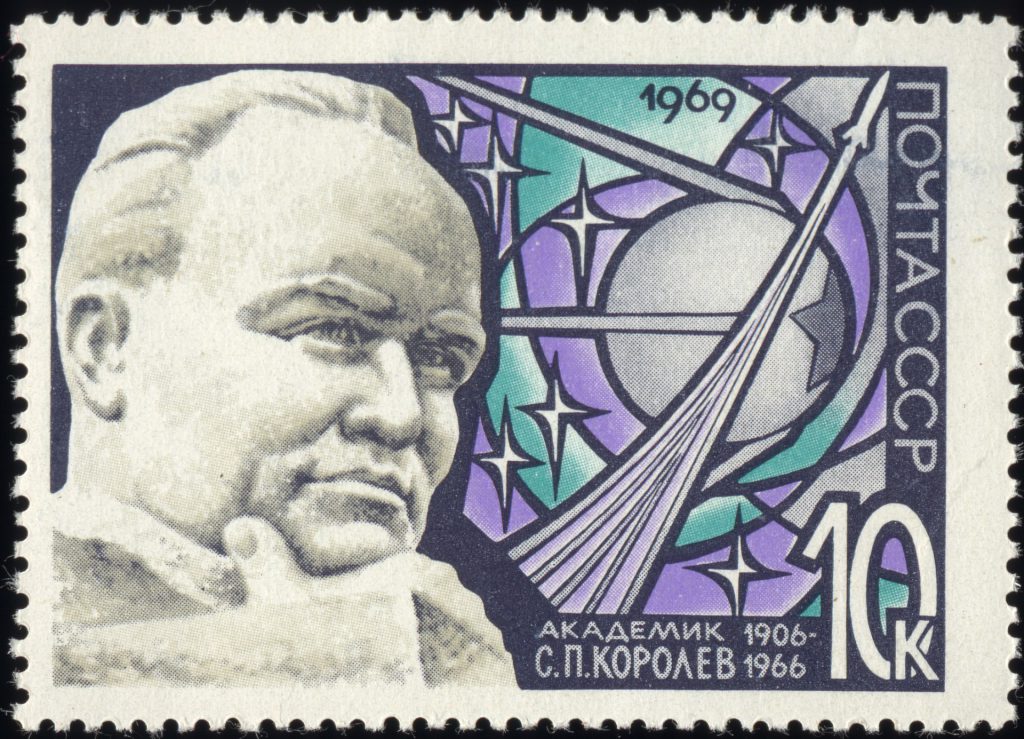 On January 12, 1907, lead Soviet rocket engineer and spacecraft designer during the Space Race Sergei Korolev was born. Korolev is regarded by many as the “father of practical astronautics“. He was involved in the development of the R-7 Rocket, Sputnik 1,[1] launching Laika, Belka and Strelka and the first human being, Yuri Gagarin,[2] into space.

“Today we are witnesses to the fulfillment of the dream that occupied some outstanding people, among them Tsiolkovsky. He had prophesied that mankind will not stay on Earth forever. Sputnik is the first confirmation of his predictions. The opening up of space has begun.”
– Sergei Korolev, on the night of October 5, 1957, after the successful launch of Sputnik 1.[8]

Korolev was born in Zhytomyr, the capital of Volhynian Governorate of the Russian Empire. His parents, Russian teachers Maria Nikolaevna Balanina (née Moskalenko), from a wealthy merchant family with Greek and Cossack roots, and Pavel Yakovlevich Korolev, who was of Belarusian origin, separated just three years after his birth. Korolev grew up with his grandparents in Neshin. When he was ten years old, the family moved to Odessa. There he completed an apprenticeship as a bricklayer and roofer. Korolev showed an early interest in aviation and, in addition to his job, worked at the local glider club, constructing his first glider K-5 at the age of 17. In 1925, Korolev began studying at the Kiev Polytechnic Institute. When the Kiev faculty was closed, he transferred to Moscow Technical University (MWTU) in 1926 and graduated. Before that, he completed an internship at the Central Aerohydrodynamic Institute (ZAGI), where he came into contact with the design of powered aircraft. In 1929, together with S. N. Lyushin, Korolev developed and built the Koktebel glider. In the same year, under the guidance of Andrei Tupolev, Korolev created his first powered aircraft SK-4 as his diploma thesis.

In the 1930s, Korolev began building rockets as part of MosGIRD, a group founded in 1931 to research recoil propulsion systems. There he received essential impulses for his later work from Friedrich Zander. Together with Zander, whom he considered a mentor, he was involved in the design and construction of the first Soviet hybrid rockets GIRD-09 and GIRD-X, among others. In 1933, he moved to the Rocket Research Institute (RNII) and became head of the Rocket Missile Department in 1934. In the same year, his scientific treatise The Rocket Flight into the Stratosphere was published.

While working on the RP-318-I rocket-powered glider, Korolyev was arrested by the NKVD’s secret political police during the Great Terror on June 27, 1938. After two days of torture and threats against his family, he signed a confession in which he was forced to identify himself as a member of a counterrevolutionary Trotskyist conspiracy and a participant in acts of sabotage to obstruct development work. He had been denounced under duress by Valentin Glushko,[3] who had been arrested three months earlier and who himself spent the period until 1944 in prison. Although innocent, Korolev was sentenced without formal trial on to ten years of hard labor in the gulag and five years of loss of civil rights. After spending time in several prisons and prolonged transportation, he arrived at the notorious Maldyak labor camp in 1939, where he nearly starved to death and became so ill with scurvy that his lower jaw was severely damaged and he lost many teeth.

In the First Circle of Hell

Through interventions of his mother with the support of the well-known pilots Mikhail Gromov and Valentina Grisodubova, the USSR Supreme Court overturned the previous sentence and Korolev was recalled from Maldyak only in November 1939. After renewed interventions by his mother and Gromov with NKVD People’s Commissar Lavrenti Beria, he was sent to the special design office of aircraft designer Andrei Tupolev, who had already supervised Korolyov’s thesis and was also imprisoned. The ZKB-29 special camp for scientists and engineers was under the control of the NKVD and was described from personal experience by Alexander Solzhenitsyn in the novel The First Circle of Hell. The ZKB-29 developed the Tupolev Tu-2 dive bomber in Omsk in September 1942. 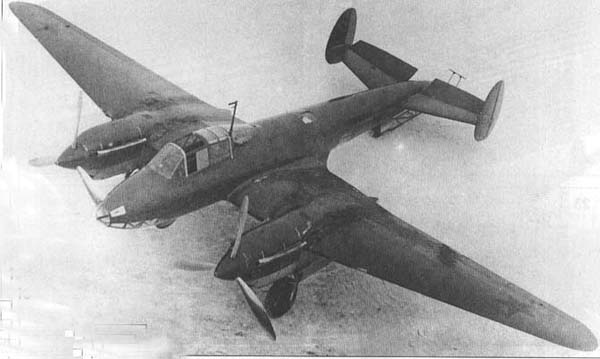 Korolev applied for a job at an aircraft engine plant in Kazan, where Glushko headed the OKB-16 special design bureau for rocket engines under Sharashka conditions. Korolev participated in the development of the Petlyakov Pe-2 multirole aircraft to improve takeoff performance and climb performance with a switchable rocket engine. In 1944, Korolyov and Glushko were paroled from prison early and continued their work on rocket developments as employed engineers of OKB-16. However, Korolev was not officially rehabilitated until April 18, 1957. Korolev’s six-year imprisonment in the Gulag was erased from Communist accounts of the history of technology.

After World War II, Korolev rose to become the chief designer of the initially military-only Soviet missile program within the NII (Scientific Research Institute). Korolev’s identity was kept secret during his lifetime, and in public he was referred to only anonymously as the “chief designer.” Korolev’s goal was to develop a civilian rocket program. In 1945, now holding the rank of colonel in the Red Army, he was ordered to Soviet headquarters in Berlin with other engineers and technicians. He was given the task of studying the German rocket program and locating associates of rocket engineer Wernher von Braun who remained in Germany.

The first A4 rocket (from German stocks) is transported to the launch site on a truck trailer. It was launched on 18 October 1947 from the Kapustin Yar test site, Ministry of Defence of the Russian Federation, CC-BY-4.0

The Soviets placed a priority on reproducing lost documentation on the A4 rocket, and studying the various parts and captured manufacturing facilities. That work continued in East Germany until late 1946, when 2,000+ German scientists and engineers were sent to the USSR through Operation Osoaviakhim. Most of the German experts, Helmut Gröttrup being an exception, were engineers and technicians involved in wartime mass-production of A4, and they had not worked directly with Wernher von Braun. Korolev returned to the Soviet Union in 1946 with plans of German designs and German rocket designers. Among others, Wernher von Braun’s assistant Helmut Gröttrup and aerodynamicist Werner Albring worked on rocket technology development under Korolev’s direction in Kaliningrad (in Moscow oblast) and on Gorodomlya Island (now Solnetchny settlement) in Lake Seliger during this period. The first design resulting from this cooperation was the R-1 rocket of 1948, a copy of the German A4 based on materials available in the Soviet Union. Unlike the U.S., which brought German scientists to the U.S. with its Operation Overcast and ensured their naturalization and retention in the U.S. as early as 1946 with Operation Paperclip, the Soviet Union merely siphoned off their knowledge and used it in the crucial steps for spaceflight.

Among Korolyov’s greatest achievements were the construction of the R-7 – the world’s first intercontinental ballistic missile – and the launch of Sputnik 1 in 1957,[1] but most importantly, the first space flight by a human, Yuri Gagarin, in 1961.[2] The R-7 was a two-stage rocket with a maximum payload of 5.4 tons, sufficient to carry the Soviets’ bulky nuclear bomb an impressive distance of 7,000 kilometres. However, despite the Soviet R-7 initial success, it experienced later failures as it was not intended to be a practical weapon. Sputnik 1 was designed and constructed in less than a month with Korolev personally managing the assembly at a hectic pace. The satellite was a simple polished metal sphere no bigger than a beach ball, containing batteries that powered a transmitter using 4 external communication antennas. Sputnik 1 was successfully completed and launched into space on 4 October 1957 using a rocket that had successfully launched only once before. After gaining approval from the government, a modified version of Korolev’s R-7 was used to launch Yuri Gagarin into orbit on 12 April 1961, which was before the United States was able to put Alan Shepard into space. 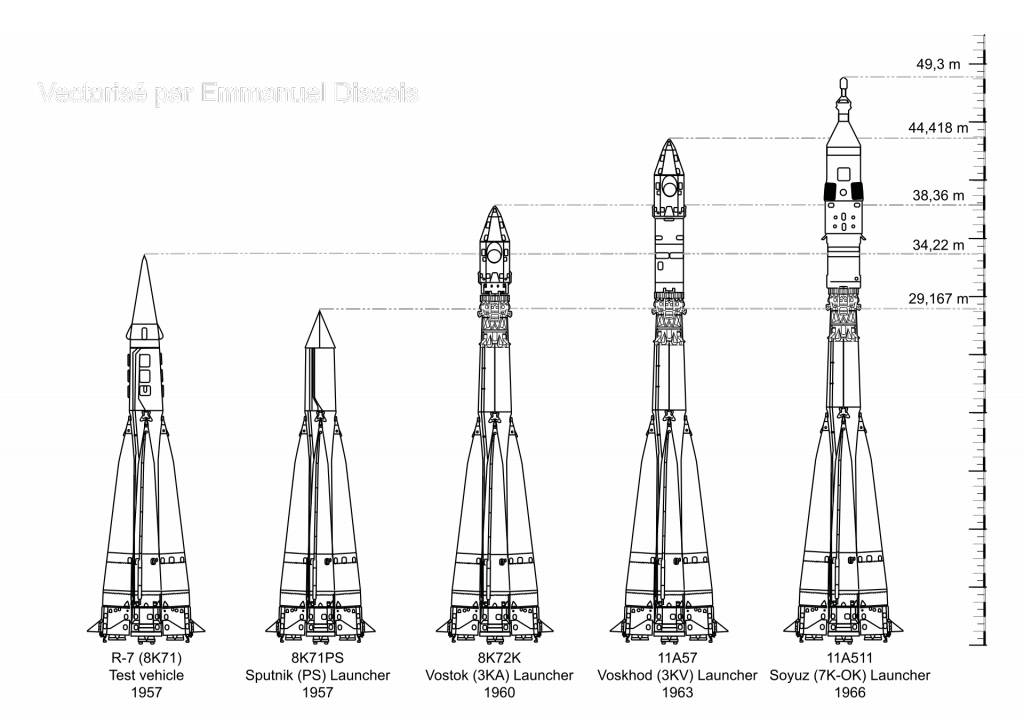 Variants of the R-7 Rocket, (NASA)

Korolev’s group was also working on ambitious programs for missions to Mars and Venus, putting a man in orbit, launching communication, spy and weather satellites, and making a soft-landing on the Moon.

In December 1960, Korolev suffered a heart attack, which was followed by others. His cardiac arrhythmias were joined by internal bleeding and intestinal problems. Korolyev was admitted to a Moscow hospital. Doctors were going to remove painful hemorrhoids in a routine operation in January 1966, but in the meantime they discovered a large tumor in his colon and put him under general anesthesia. Tracheal intubation, necessary due to circulatory weakness, failed due to scurvy-related jaw abnormality as a late consequence of Gulag imprisonment; this caused his death on January 14, 1966. The Soviet government honored him by burying his urn in the Kremlin wall. In 1996, the city of Kaliningrad in Moscow Oblast, where he headed the experimental design bureau OKB-1 as chief designer from 1950, was renamed after him.

Losing the Race to the Moon

With Korolev’s death, the Soviet space and lunar programs suffered a bitter loss. Although work on the N1 lunar rocket was continued by his collaborator Vasily Mishin, it was discontinued in 1974 after several launch failures.[4] The identity of the chief designer remained a state secret in the Soviet Union during his lifetime. While in the U.S. his adversary Wernher von Braun made a high-profile appearance in the press and on television, Korolev was not known even in his own country. When, after the successful launch of Sputnik 1, the Nobel Prize Committee asked Nikita Khrushchev for the name of the chief designer, he replied that it had been the work of the entire Soviet people and that they had thus deserved the award. Only on the occasion of the state funeral in Moscow was this secret revealed.