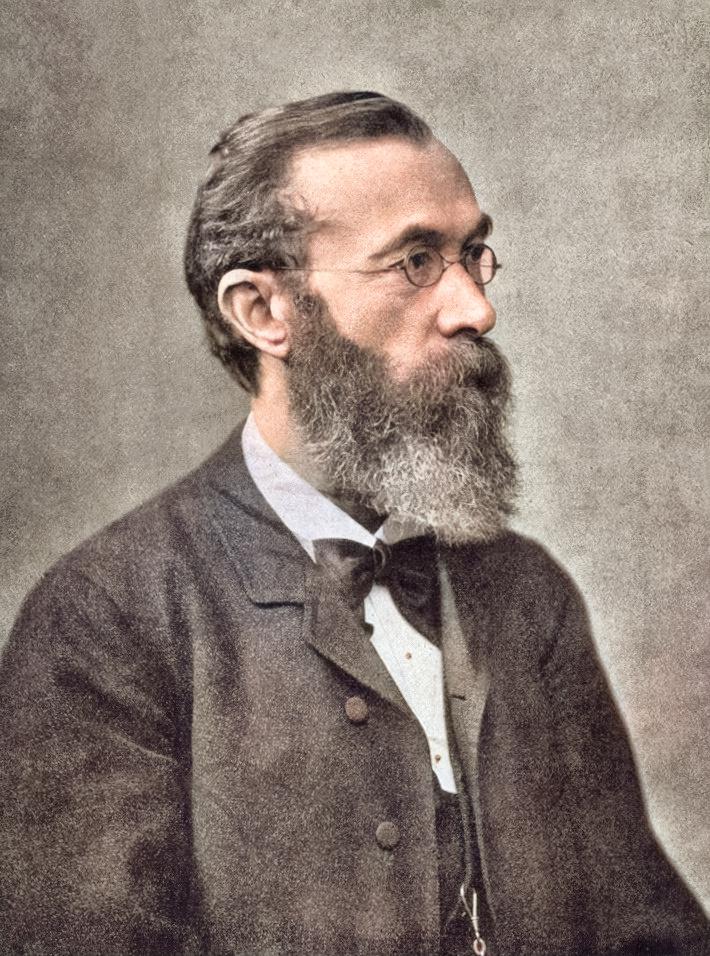 On August 16, 1832, German physician, physiologist, and philosopher Wilhelm Maximilian Wundt was born. He is one of the founding figures of modern psychology and was the first person to ever call himself a psychologist. In 1879, Wundt founded the first formal laboratory for psychological research at the University of Leipzig. This marked psychology as an independent field of study.

Wilhelm Wundt is the youngest child of a Palatinate Protestant pastor and academic family: His parents were Maximilian Wundt (1787-1846), pastor in Neckarau, from 1832 in Leutershausen and since the summer of 1836 in Heidelsheim, and Marie Frederike Wundt, née Arnold (1797-1868). Wundt’s grandfather was Friedrich Peter Wundt (1742-1805), professor of regional studies and pastor in Wieblingen. Wundt studied medicine, natural sciences and philosophy at the Universities of Heidelberg and Tübingen from 1851 to 1856, where he studied with his maternal uncle, the anatomist and physiologist Friedrich Arnold, among others. In Heidelberg he listened to physics lectures by Robert Bunsen and Philipp von Jolly. In 1855 Wundt obtained his medical state examination in Karlsruhe. With his dissertation Untersuchungen über die Verhalten der Nerven in entzündeten und degenerierten Organen he was awarded his doctorate in 1856. After completing his doctorate, Wundt worked as an assistant to Karl Ewald Hasse in Heidelberg and in the same year went to Johannes Müller in Berlin for a research semester. Wundt conducted research on nerve centres in invertebrates, in particular in pond mussels. He also worked at the Müller Institute for Emil Du Bois-Reymond on phenomena of muscle contraction.

Wundt habilitated in physiology in a simplified form in 1857, having received his doctorate summa cum laude from the Medical Faculty of the University of Heidelberg, where he took up a private lectureship and held lectures on the entire physiology and medical physics in the same year. An acute illness, a haemorrhage, which he barely survived, is described in autobiographical records as a far-reaching experience. The scientist then joined the staff of physiologist and physicist Hermann von Helmholtz,[5] in 1858. In the 1860s, he wrote a textbook about human physiology (Beiträge zur Theorie der Sinneswahrnehmung) and was appointed professor of “Inductive Philosophy” in Zurich in 1874.

During his time at the University of Heidelberg, Wilhelm Wundt offered the first known course in scientific psychology, while emphasizing the importance of experimental methods drawn from the natural sciences and the physiological relationship of the human brain and the mind. His lectures on psychology were published as Lectures on the Mind of Humans and Animals in 1863–1864. 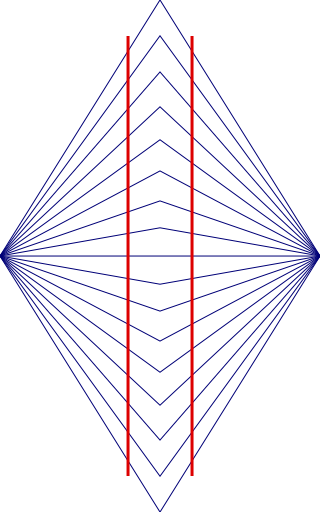 Wundt believed that scientific psychology should focus on analyzing consciousness, a person’s subjective experience of the world and mind. Back then, Edward Titchener was Wundt’s student and together they developed Wundt’s system, the analysis of the basic elements that constitute the mind. This involved the process of breaking down consciousness into elemental sensations and feelings. Many of Wilhelm Wundt’s works including Principles of Physiological Psychology, are considered fundamentally important texts in the fields of physiology and psychology. In the field of psycholinguistics, Wundt also was seen as an influential character. Leonard Bloomfield for example based his linguistics textbook, published in 1914, on Wundtian psychology. Wundt hypothesized that the mental sentence, or “inner psychological construction”, determines the unfolding sentence, and should therefore be regarded as a unit of speech.

In 1875, Wundt moved to Leipzig and the University of Leipzig assigned Wundt a lab in 1876 to store equipment he had brought from Zurich and many of Wundt’s demonstrations took place in this laboratory due to the inconvenience of transporting his equipment between the lab and his classroom. Wundt collected many pieces of equipment such as tachistoscopes, chronoscopes, pendulums, electrical devices, timers, and sensory mapping devices and was known to assign an instrument to various graduate students with the assignment of developing uses for future research in experimentation. As the scientist conducted more and more experiments in the lab he claimed that these independent experiments solidified his lab’s legitimacy as a formal laboratory of psychology, though the university did not officially recognize the building as part of the campus until 1883. Despite the early opposition by his colleagues who rejected psychology as a legitimate science, the laboratory grew and encompassing a total of eleven rooms, the Psychological Institute, as it became known, eventually moved to a new building that Wundt had designed specifically for psychological research.

“It is a major advantage of Wundt’s philosophy that it places metaphysics neither consciously nor unconsciously at the beginning, but strictly separates empirical-scientific and epistemological-metaphysical approaches and carries out each point of view only for itself in its relative justification, before finally creating a unified world view. Wundt always separates the physical-physiological from the purely psychological, this again from the philosophical point of view. This creates apparent ‘contradictions’ for those who do not watch more closely and who constantly forget that the differences in results are only those of the viewpoint, not of the laws of reality…” [6]

The first Independent and Uniform Theory of Science in Psychology

Wundt developed the first independent and uniform theory of science in psychology. In this comprehensive concept, which is determined by his neurophysiological, psychological and philosophical works, the epistemological and methodological special position of psychology is postulated. The human being as a thinking and wanting subject is not to be understood in the concepts of the natural sciences. Psychology requires special categories and independent principles of knowledge. On the one hand, it is empirical humanities, but on the other hand, it should not exclude its physiological foundations. Therefore, a versatile, multi-methodical approach is necessary.

Wundt died on 31 August 1920 in Großbothen. In the letter of mourning of his former student Bernhard Rost it says:

“On September 4, 1920 he was cremated at Leipzig’s South Cemetery. I attended the uplifting memorial service. The participation was low. A shame on the German people not to pay homage to one of their greatest minds.“