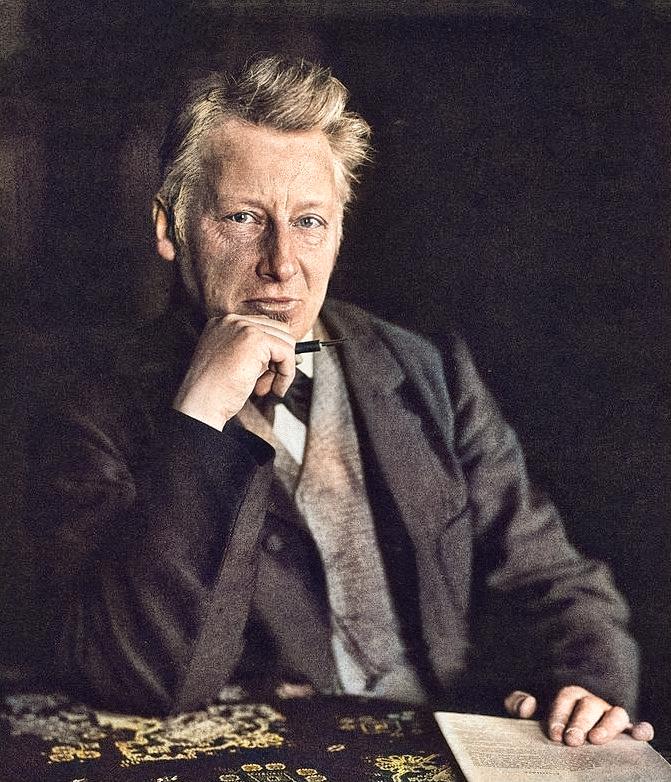 On August 30, 1852, Dutch physical chemist Jacobus Henricus Van ‘t Hoff was born. Van ‘t Hoff was the first winner of the Nobel Prize in Chemistry. His pioneering work helped found the modern theory of chemical affinity, chemical equilibrium, chemical kinetics, and chemical thermodynamics. He formulated the theory of the tetrahedral carbon atom and laid the foundations of stereochemistry and predicted the correct structures of allenes and cumulenes as well as their axial chirality. He is also widely considered one of the founders of physical chemistry.

Jacobus Henricus Van’t Hoff’s father worked as a general practitioner in Rotterdam. In Rotterdam, the young Henricus attended a Latin-less “Hoogere Burgerschool”, which was similar to a secondary school at that time. Van ‘t Hoff has been interested in chemistry since his earliest youth. After graduating from high school in 1869, he studied technology at the Polytechnic Institute in Delft and later enrolled at the University of Leiden to study mathematics. Van’t Hoff further studied chemistry in Bonn with Friedrich Kekulé [4] and in Paris with Charles Wurtz. During his studies van’t Hoff was also interested in philosophy and poetry. He earned the Doctorate degree at the University of Utrecht in 1874.

Van’t Hoff first earned himself a reputation in the field of organic chemistry. He accounted for the phenomenon of optical activity by assuming that the chemical bonds between carbon atoms and their neighbors were directed towards the corners of a regular tetrahedron. This three-dimensional structure accounted for the isomers found in nature. He shares credit for this with the French chemist Joseph Le Bel, who independently came up with the same idea.

He published his theory before earning his Doctorate degree. Today, it is regarded as the foundation of stereochemistry. It was published in a Dutch pamphlet in 1874 and in a small French book entitled La chimie dans l’espace in 1875. It is believed that the theory first found support around 1880 by Johannes Wislicenus and Viktor Meyer which increased his reputation. Van’t Hoff and Wilhelm Ostwald founded the Journal for Physical Chemistry in 1887 and together with Walther Nernst [5] they made the borderland between physics and chemistry an independent science at the end of the 19th century. The main objective was the quantitative evaluation of chemical processes with the methods of physics, especially thermodynamics and kinetics.

During the following decade, Van’t Hoff worked in the field of chemical kinetics and published his Études de Dynamique chimique. In it, he described a new method for determining the order of a reaction using graphics and applied the laws of thermodynamics to chemical equilibria. He further introduced the modern concept of chemical affinity. In 1896, he became a professor at the Prussian Academy of Sciences in Berlin.

At the  Veterinary College in Utrecht, Van’t Hoff became a lecturer in chemistry and physics. He then worked as a professor of chemistry, mineralogy, and geology at the University of Amsterdam for almost 18 years before eventually becoming the chairman of the chemistry department. In 1896, Van’t Hoff moved to Germany, where he finished his career at the University of Berlin in 1911. In 1901, he received the first Nobel Prize in Chemistry for his work with solutions. It showed that very dilute solutions follow mathematical laws that closely resemble the laws describing the behavior of gases. Further fields of work were thermodynamics, in the context of which van’t Hoff defined affinity in 1884, as well as oceanic salt deposits and geological deposits; here he laid the foundations for halokinesis with Richard Lachmann.