You are here: Home › archeology › Vivant Denon and the Science of Egyptology 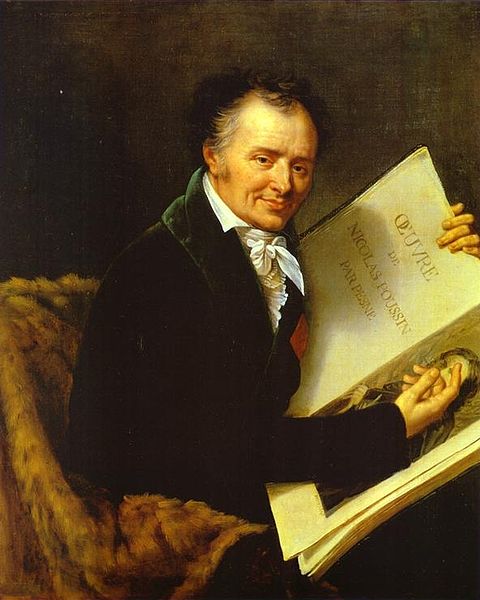 On January 4, 1747, French artist, writer, diplomat, author, and archaeologist Dominique Vivant, Baron Denon was born. He was appointed as the first Director of the Louvre Museum by Napoleon. His two-volume Voyage dans la basse et la haute Egypte (“Journey in Lower and Upper Egypt“, 1802), was the foundation of modern Egyptology.

“Finally, I believe that, among all the monuments of Syracuse that have survived the centuries, this one of the catacombs can give us, better than the others, the right idea of the ancient greatness of this city.”
– Vivant Denon, Voyage en Sicile, 1788

The Chevalier Dominique-Vivant Denon was born on 4 January 1747 near Chalon-sur-Saône in the region of Bourgogne-Franche-Comté in eastern France, as the son of a lawyer from the lowest nobility. A law study in Paris starting from 1765 was pursued by the young man devoted to the fine arts only half-heartedly. After soon abandoning his studies, Denon was trained in painting by Noël Hallé and began to etch. In Versailles, Denon succeeded in addressing King Louis XV on one of his promenades and to interest him in his person. In 1769 he was appointed curator of the Gem Cabinet set up by Madame de Pompadour. In the same year he was appointed chamberlain of the king. A simultaneous attempt as a playwright failed. The play Julie ou le bon père (Julie or the good father), already published in print and premiered on July 14, 1769, was thoroughly torn to pieces by Diderot and the critics.[3]

In the 1770s and 1780s under Louis XVI, Denon carried out diplomatic missions to Russia, Naples, and Switzerland and became embassy secretary. After a failed, sensational escape aid for a French actress who was discovered as an agent he got a vacation and was transferred afterwards via Stockholm to Switzerland. During his time in Switzerland, Denon met Voltaire and engraved a portrait of the philosopher, which was later published in Paris.[4] The great annoyance for Voltaire was Denon’s satirical copper engraving entitled Le Déjeuner de Ferney (The Lunch of Ferney), which caricatured the aged writer in bed surrounded by his court.

At the end of 1777 Denon had the opportunity to travel with the architect Renard and the draughtsmen Châtelet and Desprez to Sicily to prepare the Voyage pittoresque des Abbés de Saint-Non (Picturesque journey of the Abbots of Saint-Non), completed in 1786. Initially from 1778 personal adviser to the French envoy Clermont d’Amboise, Denon was appointed secretary in 1779 and Chargé d´Affaires at the French embassy of the Kingdom of Naples in 1782. It was here that Denon first became known as a passionate collector and archaeologist: He brought over 500 antique vases from southern Italy to Paris, which he later sold to the Sèvres porcelain manufactory. In 1785 Denon returned to Paris by detour and received a pension after leaving the diplomatic service. He received a bonus of ten thousand and a pension of two thousand livres. At 38, Denon was a financially secure man. Vivant Denon became a member of the Académie Royale de Peinture in 1787.

During a study visit to Venice at the beginning of October 1789, Denon was surprised by the outbreak of the French Revolution. In December 1793, Denon learned that he had been placed on the list of emigrants in France. To save his estates, Denon travelled via Baden to Paris and veiled his nobility predicate by contracting the original predicate and his original name “de Non” to “Denon”. The painter Jacques-Louis David,[5] who was meanwhile close to the Revolution, personally vouched for Denon’s republican sentiments and was commissioned to work on his designs for uniforms for republican officials. The designs were engraved and published by Denon in 1793. The sociable and winning Denon made acquaintance with Robespierre and visited his house without compromising himself.

In the late 1790s, he accompanied Napoleon Bonaparte on his expedition to Egypt even though he was not officially included in the Commission of Sciences and Arts.[1] Denon became probably the first artist who discovered and drew the temples and ruins at Thebes, Esna, Edfu, and Philae. Back then, the best known Egyptian Antiquities were pyramids and scattered pieces of sculptures and stelae. When the brigade reached Dendera, it is believed that Denon realized the historical value of this place while coming through the gate and getting a view of the portico:

“I felt that I was in the sanctuary of the arts and sciences […] Never did the labour of man show me the human race in such a splendid point of view. In the ruins of Tentyra [the Roman word for Dendera] the Egyptians appeared to me as giants.”

Denon had not much time, but he is believed to have discovered a circular zodiac on the ceiling of a small chapel on the roof of the temple. When Napoleon’s troops moved towards the south, they probably reached Esna and Edfu, where they saw the temple of Apollinopolis, which Denon later recalled as “the most beautiful of all Egypt”. Denon came to believe that the Egyptians anticipated the Greeks in architecture and maybe even surpassed them. Denon drew everything he saw as good and fast as possible, but the troops moved south too fast. They probably reached Syene by February 1799 and it is believed that he discovered the small island of Philae in that period. It was later described that the local inhabitants would not allow the French to visit Philae for quite a while, but at some point, Denon was allowed to see the numerous temples on the island. 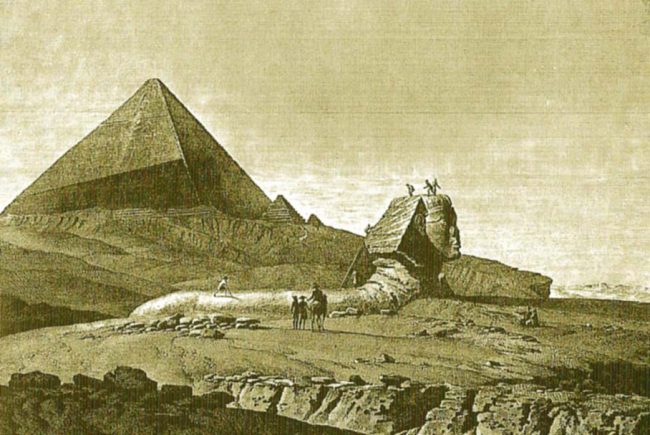 Probably around May, Denon joined another expedition which had been sent out by Napoleon in order to make a hydrographic study of the upper Nile. The expedition’s engineers were so stunned by Denon’s portfolio, that they agreed to spend their time recording groundplans and elevations as soon as the hydrographic work was done. Vivant Denon arrived in Cairo in July of 1799. When he showed his works to the scientists and to Napoleon, more expeditions to Upper Egypt were authorized to study the antiquities. Back in France, Denon immediately began to prepare his collected works for publication. With his Journey in Lower and Upper Egypt (1802) the readers in Europe became aware of the magnificence of Luxor, Karnac, Philae, Edfu, and Dendera. [2] This book became the initial spark for the enthusiasm for the culture of the Pharaohs in Europe and is thus the birth aid of Egyptology. Between 1809 and 1822, the Description de l’Egypte appeared in nine text books and eleven large illustrated books as a result of the scientific work of Napoleon’s commission.

Dominique-Vivant Denon was appointed by Napoléon in 1802 as Directeur général du Musée central des Arts (1804 Musée Napoléon), today’s Louvre. It was to become “the largest, richest and most magnificent museum in the world”. The concept of free access to works of art for all citizens, previously reserved only for the ruling and educated classes, appeared completely new and fascinated European intellectuals. Denon headed the galleries of the government palace, managed the porcelain manufactory of Sèvres and tapestry production. As director of Napoleon’s cultural policy, he was artistic director and outfitter of important state acts and ceremonies. He was commissioned by Napoleon to plan and execute the imperial monuments in Paris.

From 1808, Denon organised and directed the Salon de Paris, which traditionally took place every two years in the Salon Carré and was intended to promote painting in France. On 5 August 1812, he was awarded the title of baron and from that time on called himself Baron Denon.

On 27 April 1825 Dominique Vivant Denon died after a short illness – two days earlier he had caught a cold at an art auction.

Napoleon’s Description of Egypt with Louis Marchesano and Peter Bonfitto, [9]