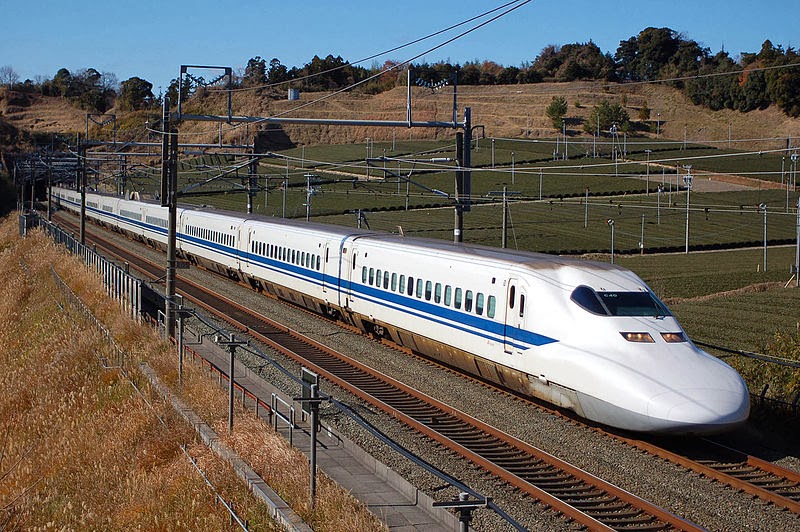 On October 1, 1964, the world‘s first high speed train, the Tōkaidō Shinkansen started operation between Tokyo and Osaka. With more than 400,000 passengers per working day, it is considered to be the world’s busiest high-speed line.

The Origin of the Tōkaidō Shinkansen

Even though construction work started in 1959, the plans for the high speed train were made in the 1940s. It was planned to achieve a maximum speed of 150 km/h and connect the city of Tokyo with Shimonoseki. With a speed of 150 km/h, the train would have been 50% faster than contemporary trains, but World War II came and forced the country to change its priorities. Even though a few tunnels were prepared during these years, the overall project came to a halt. Then, in 1959, the high speed train project really began and was led by JNR president Shinji Sogō and chief engineer Hideo Shima. Shima basically followed his father’s footsteps. He was one of the leading persons building up Japans railroad industry an his son should now become one of the most important engineers of the fastest possible train. 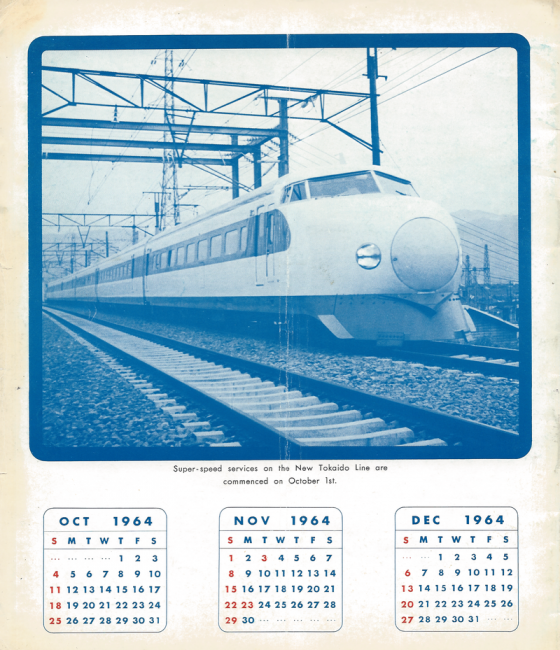 The back cover of the first English-language timetable with the Tokaido Line Shinkansen service which launched on 1 October 1964.

Five years later, the system was finished and its fastest train traveled at 210 km/h from Tokyo to Shin-ōsaka on October 1. The release date was no coincidence. It was timed together with the Summer Olympics and extended the world’s attention on Japan in all media. The naming of the train line was not easy as well. Firstly, it was called ‘New Tōkaidō Line‘ named after the route in Japan that transported the Japanese safely for centuries. Through the years, the speed was increased, eventually reaching a maximum velocity of 270 km/h and more stops were established later on.

Passengers got used to the high speed quickly and enjoying traveling with the Shinkansen. Until this day, it is the most heavily traveled high-speed rail globally with around 5.3 billion passengers between 1964 and 2012. To get an idea of the achieved velocity, it is to be imagined that the train took four hours to travel from Tokyo to Osaka in 1964 and this amazing time was decreased to three hours only one year later. In the future, Japanese engineers are planning a 500 km/h system called Chūō Shinkansen. It is believed to be finished in 2020 and to be largely extended in further seven years.