You are here: Home › biology › Henry Faulds and the Forensic Use of Fingerprints 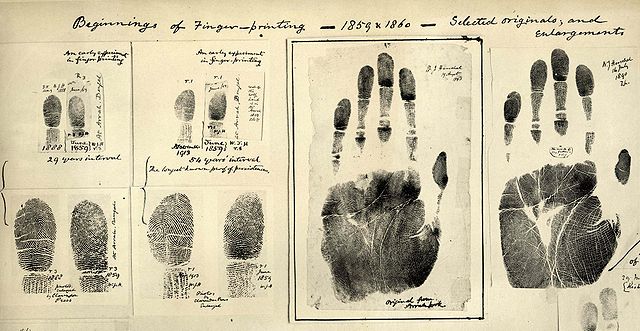 On June 1, 1843, Scottish physician and missionary Henry Faulds was born. Faulds became a missionary in Japan, where he worked as a surgeon superintendent at a Tokyo hospital, taught at the local univeristy, and founded the Tokyo Institute for the Blind. He is probably best known for his study of fingerprints, where he became convinced that each individual had a unique pattern.

Historic Use of Fingerprints

It is believed that fingerprints were already used for decorations on bricks and tiles from ancient Babylon and Rome as well as on the walls of Egyptian tombs and on Minoan, Greek, and Chinese pottery. However, some were probably deposited unintentionally while others have been impressed so deeply into the clay that they were possibly intended to serve as an identifying mark by the maker. During the 2nd millennium BCE, fingerprints were probably used as signatures and by 246 BCE, Chinese officials were impressing their fingerprints into the clay seals used to seal documents. By 702, Japan probably allowed illiterate petitioners seeking a divorce to “sign” their petitions with a fingerprint. However, it is also assumed that ancient humans never realized that fingerprints could uniquely identify individuals.

The Scientific Analysis of Finger Prints

During the 17th and 18th century, several scientists published works on fingerprints. Nehemiah Grew for example published the first scientific paper to describe the ridge structure of the skin covering the fingers and palms. The Dutch physician Govard Bidloo wrote a book on anatomy which also illustrated the ridge structure of the fingers, and the German anatomist Johann Christoph Andreas Mayer recognized that fingerprints are unique to each individual in 1788. 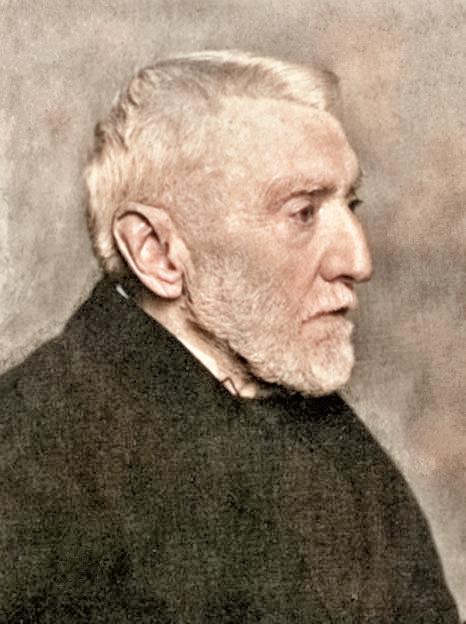 From First Use to Established Practice

Following the murder of Lord William Russell in 1840, the a provincial doctor Robert Blake Overton wrote to Scotland Yard suggesting checking for fingerprints but the suggestion, though followed up, did not lead to their routine use by the police for another 50 years. Further work on the matter was achieved by the German anatomist Georg Meissner, who studied friction ridges and William James Herschel, who initiated fingerprinting in India. Herschel probably also fingerprinted prisoners upon sentencing to prevent various frauds that were attempted in order to avoid serving a prison sentence.

Henry Faulds mostly worked on the matter of fingerprints during his time in Japan. He became a missionary there and worked as a surgeon superintendent at a Tokyo hospital, taught at the local univeristy, and founded the Tokyo Institute for the Blind. Whilst accompanying the American archaeologist, Edward S. Morse to an archaeological dig he noticed how the delicate impressions left by craftsmen could be discerned in ancient clay fragments. Examining his own fingertips and those of friends, he became convinced that the pattern of ridges was unique to each individual. Shortly after the journey, the hospital Henry Faulds worked at was broken into and the police arrested a man the scientist believed to be innocent. Faulds proceded to compare the fingerprints left behind at the crime scene to those of the suspect and found them to be different, and the suspect was released. Faulds even sent his work to Charles Darwin in order to pomote the idea of fingerprint identification. Unfortunately, he was too old and ill to seriously work on the matter and forwarded the information to Francis Galton. The latter later published a detailed statistical model of fingerprint analysis and identification and encouraged its use in forensic science in his book Finger Prints. He calculated that the chance for two individuals having the same fingerprints was 1 in 64 billion. In 1880, Dr. Henry Faulds published his work on the usefulness of fingerprints for identification, also proposing a method to record them with printing ink in the journal Nature. He also proposed the concept to the Metropolitan Police in London but was rejected.