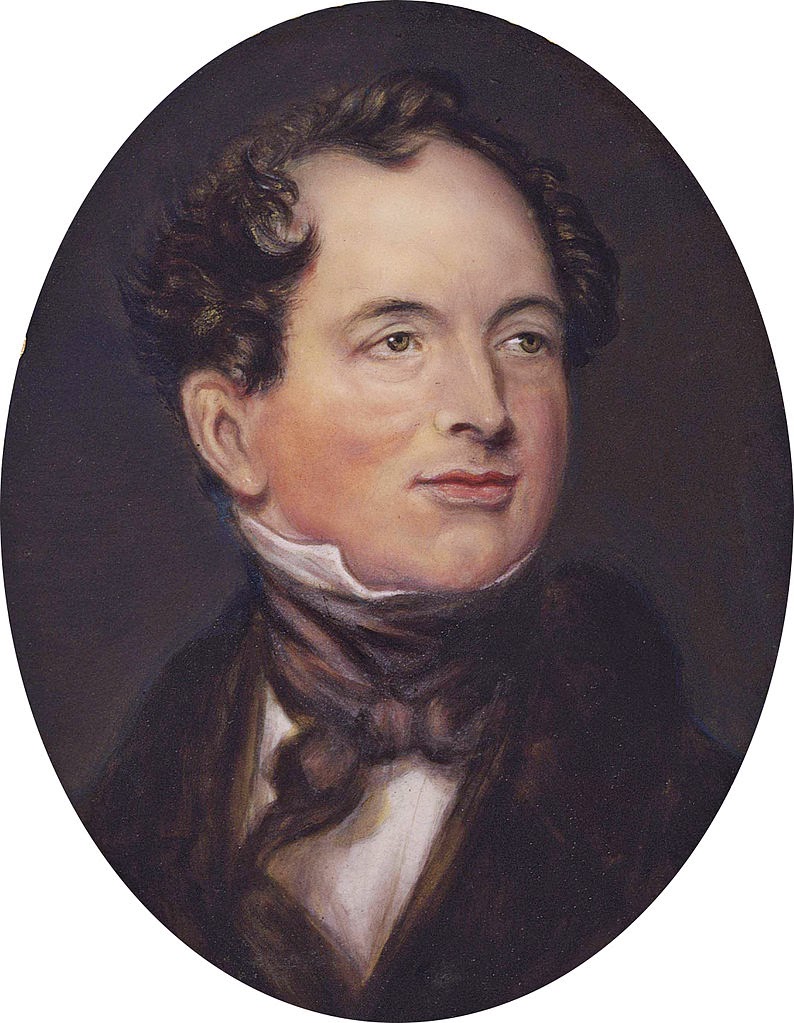 On May 28, 1779, Irish poet, singer, songwriter Thomas Moore was born. He is best remembered for the lyrics of “The Minstrel Boy” and “The Last Rose of Summer“. Moreover, he was responsible, with John Murray, for burning Lord Byron’s memoirs after his death.[3]

Thomas Moore – From Laws to Poetry

Thomas Moore’s father came from a Catholic Irish-speaking family in a Gaeltacht region of County Kerry, his mother was from Wexford; her name was Anastasia Codd. He grew up above his parents’ shop on Aungier Street in Dublin. Moore had ambitions to become an actor from early age, as he appeared in plays with his friends in his early school years. He enrolled at Trinity College in 1795 in order to become a lawyer instead, since this was his mother’s wish. Even though his grades were good at the beginning, Moore put only few effort into his studies. His law studies then continued in London even though writing became his major passion. During his time in London, Moore’s works became increasingly popular. They included ‘The Harp That Once Through Tara’s Halls’ or ‘The Meeting of the Waters’:

There is not in the wide world a valley so sweet,
As the vale in whose bosom the bright waters meet;
Oh, the last rays of feeling and life must depart,
Ere the bloom of that valley shall fade from my heart.

In the poem, Moore describes the river Avoca in County Wicklow, Ireland. It starts life as two rivers, the Avonmore and the Avonbeg. These join together at a spot called the Meeting of the Waters. In this period, the artist had already finished several ballads, which were published as Moore’s Irish Melodies in 1846 and 1852. His influence in literature and society grew and Moore soon managed to meet the Prince of Wales on several occasions. Also, he enjoyed the patronage of the Irish aristocrat Lord Moira in particular. Lord Moira was known to own a very large library in his house at Donnington Park in Leicestershire, which Moore visited quite often in this period.

Working for the Admiralty in Bermuda

In the early 1800s, Moore became registrar to the Admiralty in Bermuda, but found his tasks not inspiring as he stated that there was not much to do and found that he did not have much in common with the society there. However, during his period in Bermuda, he wrote his Ode to Nea, which caused quite a scandal since it suggested a love affair. Very soon, Nea was identified with Hester Tucker, the young wife of one of his colleagues.

Travels across the U.S. and Canada

In the following period, Moore travelled across the United States and Canada and developed a deeply critical view of the United States. He came to dislike Thomas Jefferson and the Democratic Party. During his journey in Canada, Moore wrote one of his most famous works, Canadian Boat Song. In 1804, he returned home. His book, Epistles, Odes, and Other Poems was published after his return and the criticisms of the United States in the book provoked outrage in America and led to a number of rebuttals.

An Interrupted Duell and Byron’s Sarcasm

In Britain, the work led to Moore challenging the editor Francis Jeffrey to a duel. However, the duel was interrupted by the arrival of governmental officials. It was then reported that Moore’s opponent had been given an empty pistol and the persistent mockery of the author continued. Moore was especially angered by Lord Byron’s comment on the event. He wrote “on examination, the balls of the pistols, like the courage of the combatants, were found to have evaporated“. As a response, Moore wrote to Lord Byron, that unless the remarks were clarified Moore was prepared to fight Byron. But, when the two met each other, the dispute was settled and they became close friends. 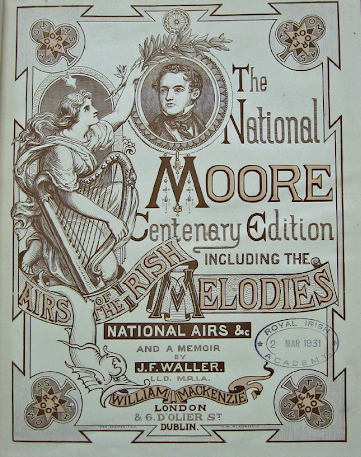 Beginning with the year 1806, Moore dramatically changed his style of writing. He started writing lyrics to a series of Irish tunes, in collaboration with John Stevenson. He became best known for these Irish Melodies which were enormously popular containing songs such as The Minstrel Boy, The Last Rose of Summer, Believe Me If All Those Endearing Young Charms and Oft, in the Stilly Night. Thomas Moore began another trip, this time across France, Switzerland, and Italy. In Venice, he briefly spent some time with Lord Byron, which is considered as their last meeting. Byron gave Moore his memoirs with instruction to publish them after his death. Moore was much criticized later for allowing himself to be persuaded to destroy Byron’s memoirs at the behest of Byron’s family because of their damningly honest content. Moore did, however, edit and publish Letters and Journals of Lord Byron, with Notices of his Life in 1830, six years after Byron’s 1824 death in Greece. 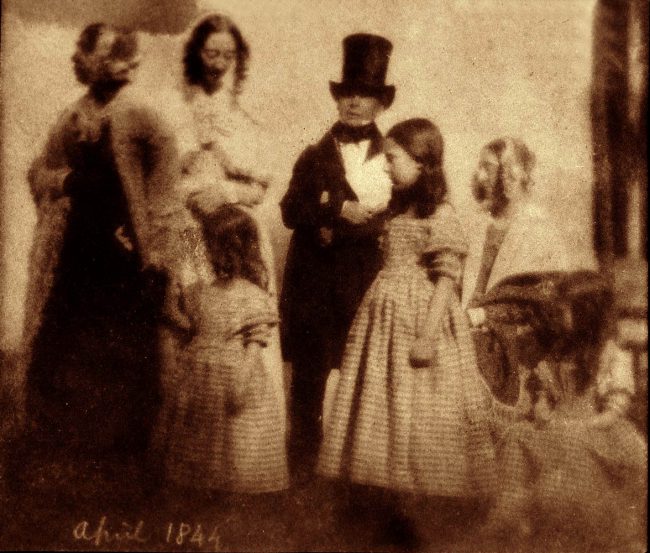 In his later life, Thomas Moore settled in Wiltshire, England. He has become a novelist and biographer as well as a successful poet. In 1830 he sang in front of the future Queen Victoria in a duet with her mother, and later composed a song Sovereign Woman in her honor. Thomas Moore passed away on 25 February 1852. He is considered Ireland’s National Bard and many composers have set the poems of Thomas Moore to music, including Robert Schumann, Hector Berlioz, Charles Ives and many more. Also James Joyce cited many of his songs for example Silent, O Moyle!

The falling of fountains—the slight summer rain—
The voice of the dove, were less sweet than thy strain;
Till stirred with delight, would her exquisite wings
Beat time on the west wind, to echo thy strings.
– Letitia Elizabeth Landon, Fisher’s Drawing Room Scrap book, 1839 (1838), ‘Thomas Moore, Esq.’

Jonathan Bate, The Origins of Romanticism, [12]