You are here: Home › art › The Phantastic Micrography of Matthias Buchinger 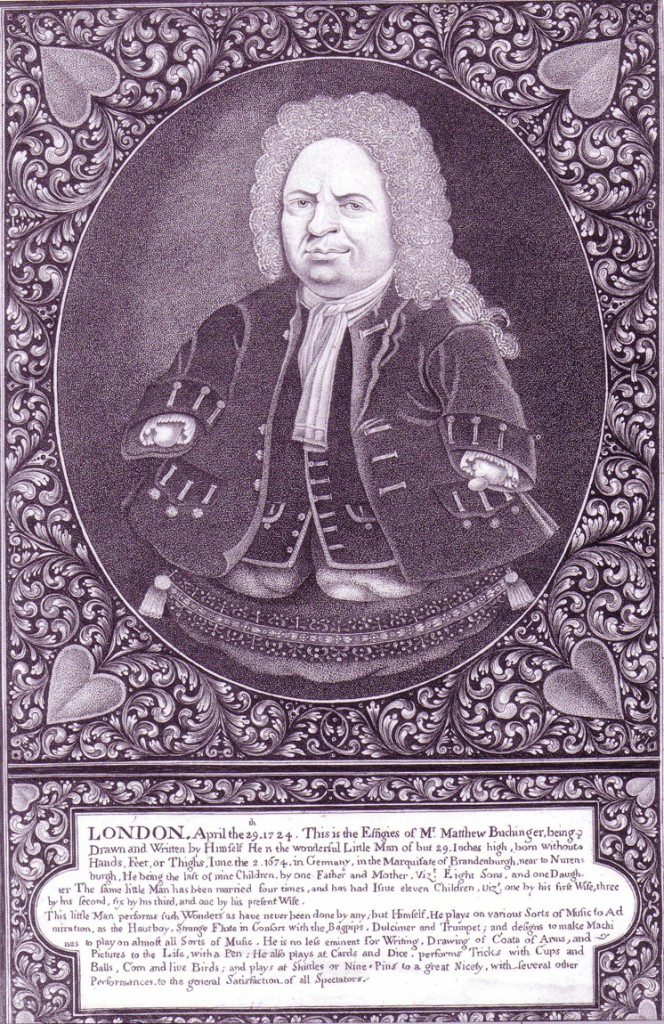 On June 2, 1674, German artist, magician, calligrapher, and performer Matthias Buchinger, sometimes called Matthew Buckinger in English, was born. Buchinger was born without hands or feet and was only 74 cm (29 inches) tall. He was especially noted for his micrography, in which illustrations consist of infinitesimal text, which was presented in an exhibition early 2016 in the Metropolitan Museum of Art.

Matthias Buchinger was born as the ninth child of his parents in Ansbach, Middle Franconia in today’s Germany. His rudimentary hands sat at his elbows, a so-called tetraamellia, and were described as cherry divided into three parts. He toured German cities as a sleight of hand and exhibited himself. In 1708/1709 he was in Nuremberg, where he was banned from performing in 1708, in Stuttgart in 1709 and in Regensburg in 1716. As an artist and performer, Buchinger “traveled all over Northern Europe to entertain kings and aristocrats as well as hoi polloi with amazing feats of physical dexterity” and was known as “The Greatest German Living” and “Little Man from Nuremberg“.

Buchinger moved to Ireland where he gave public demonstrations, in Dublin in 1720 and in Belfast in 1722. Among his admirers were Robert Walpole and Edward Harley, whose Harleian Collection includes several manuscripts by Buchinger. Buchinger was married four times and had at least 14 children. Despite his having small, finlike appendages for hands, Buchinger was a skillful artist who achieved fame above all through his engravings and drawings. His engravings were incredibly detailed. One such engraving, a self-portrait, was so detailed that a close examination of the curls of his hair revealed that they were in fact seven biblical psalms and the Lord’s Prayer, inscribed in miniature letters. 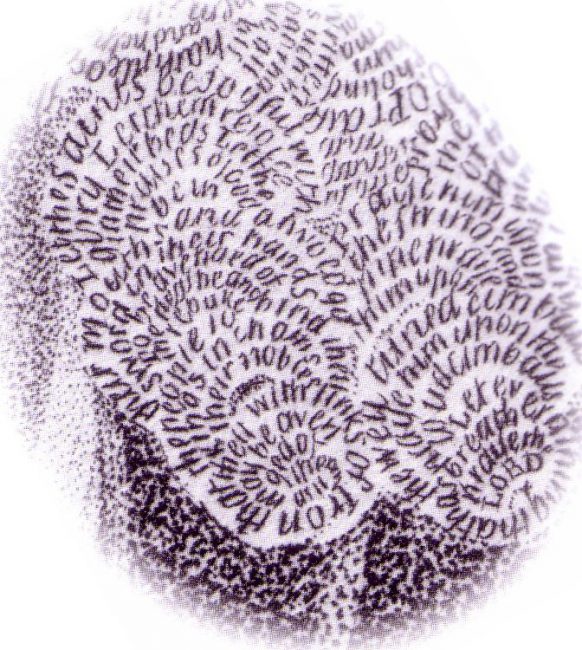 The detailed writing embedded in the engraving

As a magician, he made balls disappear, birds seem to appear out of nowhere, was supposedly unbeatable at card games and supposedly an excellent archer.It also was said that he was unbeatable at cards and would dazzle audiences with his amazing displays of marksmanship. Buchinger played his own compositions on zither, guitar, flute, trumpet, oboe, bagpipe and cymbal.

The Metropolitan Museum of Art

The Metropolitan Museum of Art presented 16 of his graphic works in a historical show entitled, “Wordplay: Matthias Buchinger’s Drawings From the Collection of Ricky Jay”. The latter tracked down Buchinger’s works for more than 30 years. He chronicled his pursuit of all things Buchinger in a book called Matthias Buchinger: ‘The Greatest German Living’ by Ricky Jay, Whose Peregrinations in Search of the ‘Little Man of Nuremberg’ Are Herein Revealed.