You are here: Home › communication › The Mechanical Telegraph – a French Invention 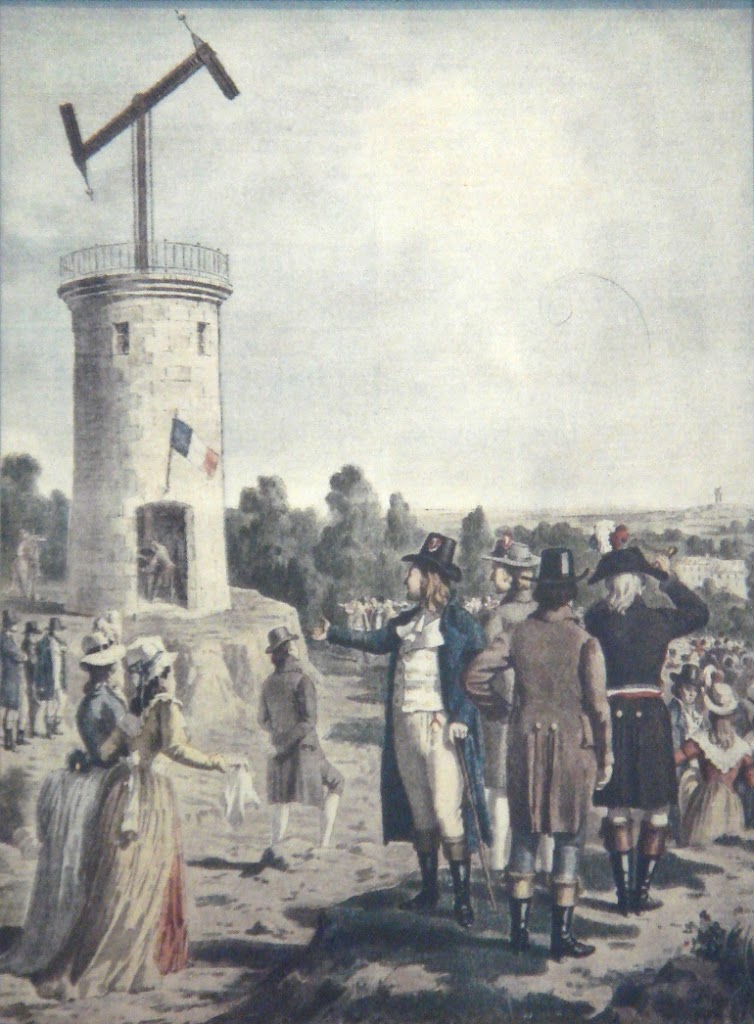 Long before the Days of Morse Code

Early telecommunications included smoke signals and drums. Talking drums were used by natives in Africa, and smoke signals in North America and China. Contrary to what one might think, these systems were often used to do more than merely announce the presence of a military camp. Homing pigeons have occasionally been used throughout history by different cultures. Pigeon post had Persian roots, and was later used by the Romans to aid their military. Greek hydraulic semaphore systems were used as early as the 4th century BC. The hydraulic semaphores, which worked with water filled vessels and visual signals, functioned as optical telegraphs. However, they could only utilize a very limited range of pre-determined messages, and as with all such optical telegraphs could only be deployed during good visibility conditions. During the Middle Ages, chains of beacons were commonly used on hilltops as a means of relaying a signal. Beacon chains suffered the drawback that they could only pass a single bit of information, so the meaning of the message such as “the enemy has been sighted” had to be agreed upon in advance. One notable instance of their use was during the Spanish Armada, when a beacon chain relayed a signal from Plymouth to London that signaled the arrival of the Spanish warships.

Long before the days of Morse Code or the telephone,[3] the only way to send messages quickly was to use a mechanical telegraph system. These comprised a set of interconnected mechanical levers that were placed high up on a tower. These levers could be positioned in a number of ways with each combination either representing a letter or a code that could be looked up within a code book to reveal a more complex message. Shown above is a model of the Claude Chappe Mechanical Telegraph of 1792. The French created a national network based upon this system that covered a distance of 2,983 miles using 556 telegraph stations. Messages could be sent from Paris to Lille in 2 minutes and from Paris to Calais in less than 5 minutes.

Three movable arms could be adjusted by means of pulleys and ropes so that 196 different signs with word and sentence meanings could be formed. The swivel arm devices were erected on tall buildings. Their distance from each other was usually about 11 km. The equipment of each station included telescopes to be able to observe the set signs of the neighbouring stations in both directions. A sign went through a distance of 135 km in one minute. With the help of lamps, which were fastened to the wing arms, one tried to telegraph also at night. 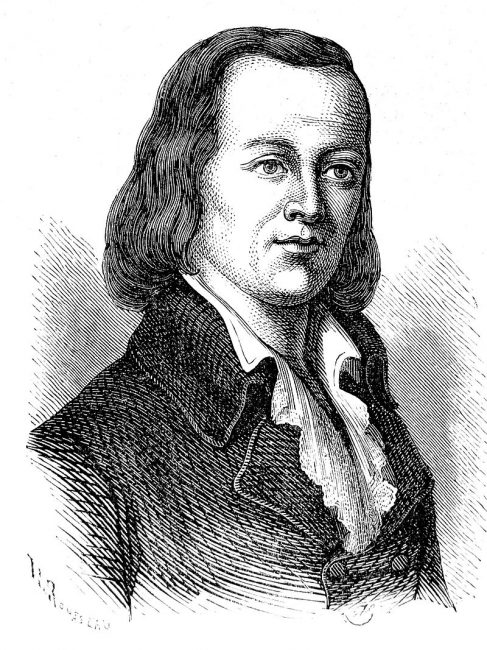 Several test series showed that the system was easy to operate and robust. In 1794, for example, the first regular telegraph line between Paris and Lille was set up, covering 270 km with 22 semaphore stations. The transmission time for a single letter was an impressive two minutes. Each of the two signal arms could assume seven different positions, the crossbars two each, resulting in a total of 7 × 2 × 7 × 2 = 196 different characters. The flexibility and speed convinced the military in particular of the speed with which a nationwide optical-mechanical telegraph network could be set up. Depending on the terrain and visibility conditions, the telegraph stations were between nine and twelve kilometers apart, so that the signs of the neighboring station could still be clearly seen with a telescope. In each station, two “telegraphers” worked, who read the signs from one of the two neighbouring stations, set them themselves at their station and then passed them on to the neighbouring station.

Napoléon Bonaparte used the system and it enabled him to communicate better between the different units than any other army of the time. The disadvantage that the signal poles could be seen by everyone and the military messages could be read by unauthorized people was overcome by the introduction of secret codes. By 1845, France had established an extensive telegraph network from Paris, linking the capital with all the country’s major cities. However, optical telegraphy always had to struggle with weather-related communication problems. Thunderstorms, poor visibility or the onset of twilight often caused irregular and unreliable operation. The attempt to attach lamps to the signal arms did not prove successful. However semaphore as a communication system suffered from the need for skilled operators and expensive towers often at intervals of only ten to thirty kilometres. As a result, the last commercial line was abandoned in 1880. With the demonstration of the first  recording electric telegraph in 1837 by Samuel Morse and Alfred Vail electrical telegraphy should prevail as the dominant technology for telecommunication.