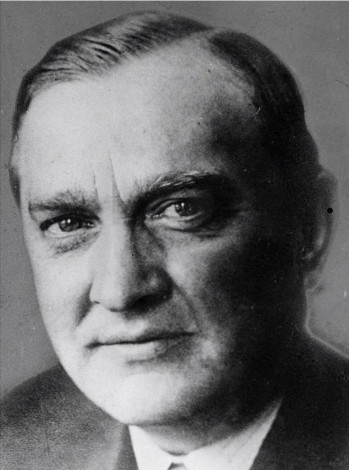 On March 30, 1892, Polish mathematician Stefan Banach was born. One of the founders of modern functional analysis, he is generally considered one of the world’s most important and influential 20th-century mathematicians. Some of the notable mathematical concepts that bear Banach‘s name include Banach spaces, Banach algebras, the Banach–Tarski paradox, the Hahn–Banach theorem, the Banach–Steinhaus theorem, the Banach-Mazur game, the Banach–Alaoglu theorem, and the Banach fixed-point theorem.

Stefan Banach was born in Kraków, then part of the Austro-Hungarian Empire, to Stefan Grecze, a soldier in the Austro-Hungarian Army stationed in Kraków, and Katarzyna Banach. Since Stefan Greczek was only a private and thus prevented by military regulations from marrying, and the mother was too poor to support the child, the couple decided that the child should spent the first few years of his life with his grandmother, and later by Franciszka Płowa and her niece Maria Puchalska as foster family in Kraków. Banach was tutored by Juliusz Mien, a French intellectual and friend of the Płowa family, who most likely encouraged him in his early mathematical pursuits.

In 1902 Banach enrolled in Kraków’s Henryk Sienkiewicz Gymnasium, where he graduated in 1910. Banach together with his friend Witold Wiłkosz moved to Lwów to study at the Lwów Polytechnic. Both originally wanted to study mathematics, but they felt that nothing new could be discovered in mathematics. Thus, Banach chose to study engineering and Wilkosz chose oriental languages. It is almost certain that Banach, without any financial support from his father, had to support himself by tutoring. Thus, he graduated late in 1914 at age 22. When World War I broke out, Banach was excused from military service due to his left-handedness and poor vision. When the Russian Army opened its offensive toward Lwów, Banach left for Kraków, where he spent the rest of the war. During the war he worked building roads but also spent time in Kraków where he earned money by teaching in the local schools. He also attended mathematics lectures at the Jagiellonian University in Kraków and, although this is not completely certain, it is believed that he attended famous Polish mathematician Stanisław Zaremba‘s lectures.[1]

In 1916, in Kraków’s Planty gardens, Banach encountered Hugo Steinhaus, one of the renowned mathematicians of the time. According to Steinhaus, while he was strolling through the gardens he was surprised to overhear the term “Lebesgue measure” and walked over to investigate. As a result, he met Banach discussing with his friends. Steinhaus became fascinated with the self-taught young mathematician and over the time developed a long-lasting collaboration and friendship. In fact, soon after the encounter Steinhaus invited Banach to solve some problems and soon the two published their first joint work (On the Mean Convergence of Fourier Series). Steinhaus, Banach and Nikodym, along with several other Kraków mathematicians also established a mathematical society, which eventually became the Polish Mathematical Society.

Banach was offered an assistantship to Antoni Łomnicki at Lvov Technical University in 1920. He lectured there in mathematics and submitted a dissertation for his doctorate under Lomnicki’s supervision. Steinhaus’ backing also allowed him to receive a doctorate without actually graduating from a university. The doctoral thesis On Operations on Abstract Sets and their Application to Integral Equations was published in 1922. It included the basic ideas of functional analysis, which was soon to become an entirely new branch of mathematics. The thesis was widely discussed in academic circles and allowed him in 1922 to become a professor at the Lwów Polytechnic. Initially an assistant to Professor Antoni Łomnicki, in 1927 Banach received his own chair.[1]

The years between the wars were extremely busy one for Banach. As well as continuing to produce a stream of important papers, he wrote arithmetic, geometry and algebra texts for high schools. He also was very much involved with the publication of mathematics. In 1929, together with Steinhaus, he started a new journal Studia Mathematica and Banach and Steinhaus became the first editors.[1] Around that time, Banach also began working on his best-known work, the first monograph on the general theory of linear-metric space

In 1939, just before the start of World War II, Banach was elected as President of the Polish Mathematical Society. At the beginning of the war Soviet troops occupied Lwów. Banach had been on good terms with the Soviet mathematicians before the war started, visiting Moscow several times, and he was treated well by the new Soviet administration. He was allowed to continue to hold his chair at the university and he became the Dean of the Faculty of Science at the university, now renamed the Ivan Franko University. Following the German takeover of Lwów in 1941, all universities were closed and Banach, along with many colleagues and his son, was employed as lice feeder at Professor Rudolf Weigl‘s Typhus Research Institute. Employment in Weigl’s Institute provided many unemployed university professors and their associates protection from random arrest and deportation to Nazi concentration camps.

After the Red Army recaptured Lwów in 1944, Banach returned to the University and helped re-establish it after the war years. However, Banach began preparing to leave the city and settle in Kraków, Poland, where he had been promised a chair at the Jagiellonian University. He was even considered a candidate for Minister of Education of Poland. In January 1945, however, he was diagnosed with lung cancer and died on August 31, 1945, aged 53.

Banach contributed to the theory of orthogonal series and made innovations in the theory of measure and integration, but his most important contribution was in functional analysis. Together with his coworkers Banach summarized the previously developed concepts and theorems of functional analysis and integrated them into a comprehensive system. His work started, of course, from what was achieved during the decades following Vito Volterra’s work of the 1890’s on integral equations [4]. Before Banach there were either rather specific individual results that only much later were obtained as applications of general theorems, or relatively vague general concepts. Ivar Fredholm’s and David Hilbert’s papers on integral equations marked the most substantial progress.[6] The concepts and theorems they had discovered later became an integral part of functional analysis, but most of them concern only a single linear space (later called Hilbert space).[3] Banach himself introduced the concept of normed linear spaces, which are now known as Banach spaces. He also proved several fundamental theorems in the field, and his applications of theory inspired much of the work in functional analysis for the next few decades.[2]