You are here: Home › space › Luna 10 – the First Artificial Satellite of the Moon 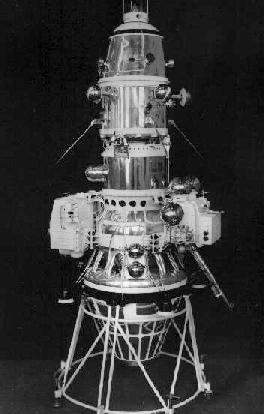 On March 31, 1966, Soviet Luna program, robotic spacecraft mission was launched. Luna 10 was the first artificial satellite of the Moon. In 1959 the Soviet Union started its lunar exploration program with Luna 1 and continued the program until 1976 with Luna 24.

Luna 10, also called Lunik 10 was the first artificial satellite of the Moon. The instruments on Luna 10 included a gamma-ray spectrometer, a triaxial magnetometer, a meteorite detector, instruments for solar-plasma studies, and devices for measuring infrared emissions from the Moon and radiation conditions of the lunar environment. With Luna 10, extensive research in the lunar orbit were performed. Important data on the strength of the Moon’s magnetic field were collected as well as its radiation belts, and the nature of lunar rocks, cosmic radiation, and micrometeoroid density. Lunar’s possible most important findings were evidence of mass concentrations, areas of high density below the mare basins that distort lunar orbital trajectories.

On March 31, 1966, Luna 10 was was launched towards the Moon and entered lunar orbit on April 3. Luna 10 operated for 460 lunar orbits and 219 active data transmissions before radio signals were discontinued on May 30, 1966. The spacecraft carried a set of solid-state oscillators that had been programmed to reproduce the notes of “The Internationale“, so that it could be broadcast live to the 23rd Congress of the Communist Party of the Soviet Union. During a rehearsal on the night of 3 April, the playback went well, but the following morning, controllers discovered a missing note and played the previous night’s tape to the assembled gathering at the Congress — claiming it was a live broadcast from the Moon. 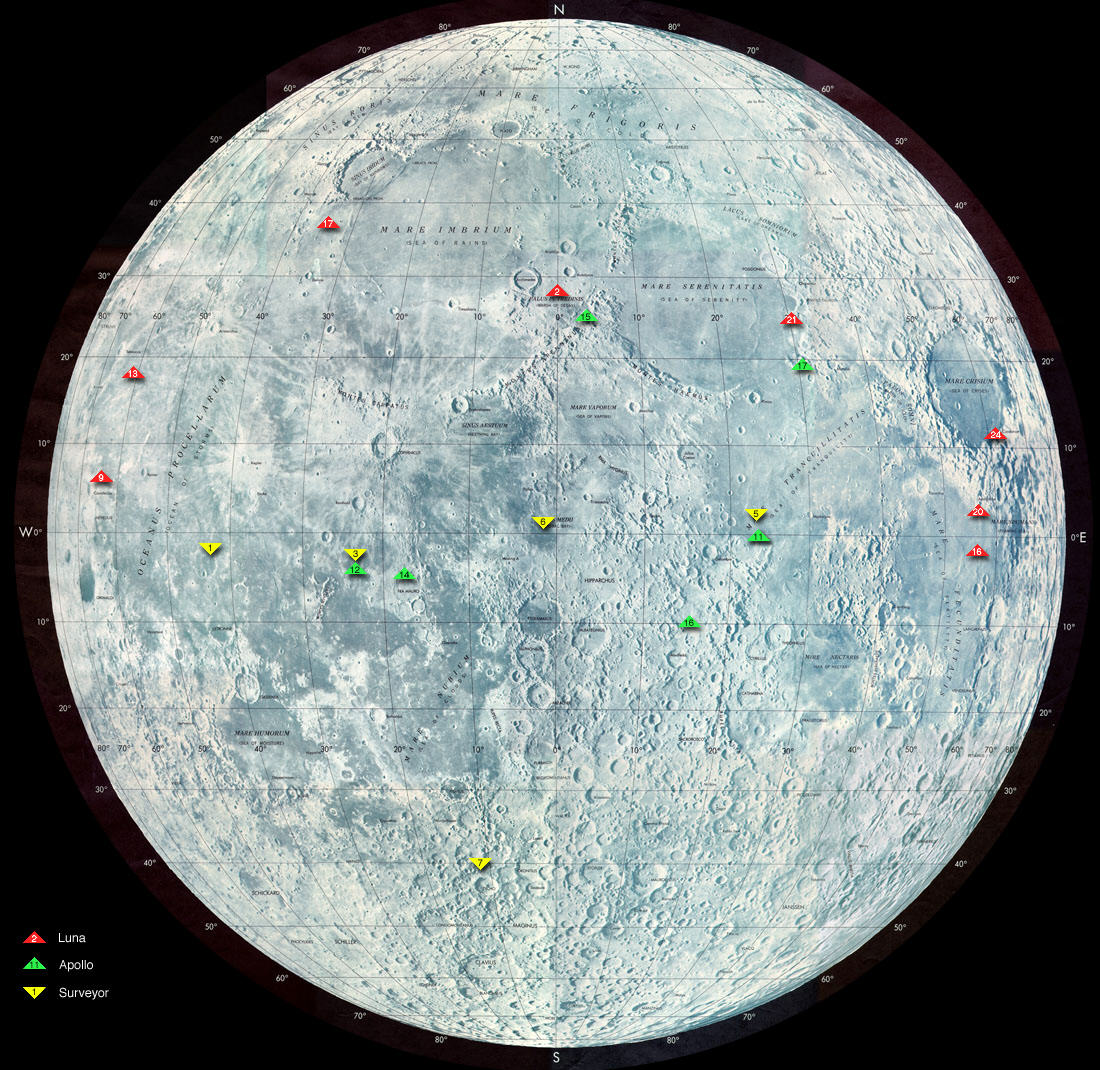 Locations of Luna landings on the Moon are marked in red; Apollo missions in green, and Surveyor in yellow.

Twenty-four spacecraft were formally given the Luna designation, although more were launched. Those that failed to reach orbit were not publicly acknowledged at the time, and not assigned a Luna number. The programme started in 1959 with Luna 1 (January 1959) that missed its intended impact with the Moon and became the first spacecraft to fall into orbit around the Sun. The Luna 2 mission, launched in September 1959, successfully hit the Moon’s surface and became the first man-made object to reach the Moon.[5]  Luna 3, launched in October 1959, rounded the Moon later that year, and returned the first photographs of its far side, which can never be seen from Earth.[6]

Luna 9 was launched in February 1966 and became the first probe to achieve a soft landing on another planetary body. It returned five black and white stereoscopic circular panoramas, which were the first close-up shots of the Lunar surface. The Luna 10 mission – as we already know –  became the first artificial satellite of the Moon. Luna 17, launched in November 1970, and Luna 21, launched in January 1973, carried the Lunokhod vehicles, which roamed around on the Moon’s terrain.[7] Another major achievement of the Luna programme, with Luna 16 (September 1970), Luna 20 (February 1972) and Luna 24 (August 1976), was the ability to collect samples of lunar soil and return them to Earth. Overall, the missions returned 0.326 kg of lunar samples. Moreover, the Luna missions were the first space-exploration sample return missions to rely solely on advanced robotics.