You are here: Home › biology › Sewall Wright and the Importance of Population Genetics 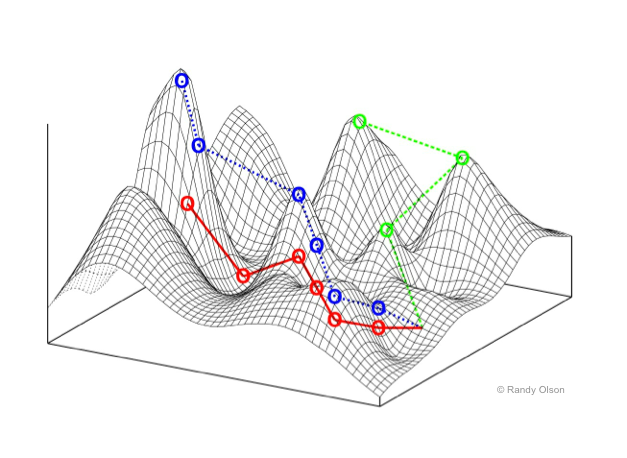 On December 21, 1889, American geneticist Sewall Green Wright was born. Wright is known for his influential work on evolutionary theory and also for his work on path analysis. He was a founder of population genetics alongside Ronald Fisher and J.B.S. Haldane,[4] which was a major step in the development of the modern evolutionary synthesis combining genetics with evolution.

Sewall Wright‘s father Philip Green Wright was a teacher, his mother’s name was Elisabeth Quincy Sewall Wright, she was a cousin of his father. He had two younger siblings, the well-known aeronautical engineer Theodore Paul Wright and the political scientist Quincy Wright. From the age of three the family lived in Galesburg (Illinois).  Sewall Wright studied natural sciences with a focus on zoology at the University of Illinois, where he earned a Master of Science degree in 1912.  He then worked with the geneticist William Ernest Castle at Harvard University, where he received his doctorate in 1915 with a thesis on the inheritance of the coat colours in guinea pigs. In 1921 he married Louise Lane Williams (1895-1975), with whom he had three children.

After receiving his doctorate, Wright first worked at the United States Department of Agriculture (USDA) in Washington, D.C. During this time he developed and published some of his most important ideas. He was appointed professor at the University of Chicago in 1926 and remained there until he retired in 1955 at the age of 65. He then taught for another 5 years at the University of Wisconsin-Madison. 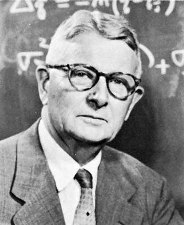 Already in his dissertation published in 1916, Wright expressed the view that the interactions of genetic factors within populations were much more important than the changes (mutations) of individual genes, which his teacher Castle and other important geneticists had previously looked at. From 1917 he used the Hardy-Weinberg Law, formulated in 1908 by Wilhelm Weinberg [6] and Godfrey Harold Hardy,[5] as a “self-evident principle“, without having knowledge of the publications of these predecessors. This law describes a state of equilibrium in which the relative frequencies of alleles in a population remain constant if no selection is made.

It is believed that the scientific works of Sewall Wright on inbreeding, mating systems, and genetic drift makes him a principal founder of theoretical population genetics, along with R. A. Fisher and J. B. S. Haldane.[4] Wright is considered discoverer of the inbreeding coefficient and F-statistics, standard tools in population genetics. He was the chief developer of the mathematical theory of genetic drift, which is sometimes known as the Sewall Wright effect. It means that cumulative stochastic changes in gene frequencies that arise from random births, deaths, and Mendelian segregations in reproduction.

Wright further introduced the concept of effective population size. He was convinced that the interaction of genetic drift and the other evolutionary forces was important in the process of adaptation. He described the relationship between genotype or phenotype and fitness as fitness surfaces or evolutionary landscapes. On these landscapes mean population fitness was the height, plotted against horizontal axes representing the allele frequencies or the average phenotypes of the population. Natural selection would lead to a population climbing the nearest peak, while genetic drift would cause random wandering.

Wright’s statistical method of path analysis, which he invented in 1921 and which was one of the first methods using a graphical model, is still widely used in social science. He was a hugely influential reviewer of manuscripts, as one of the most frequent reviewers for Genetics. Such was his reputation that he was often credited with reviews that he did not write. Wright was one of the few geneticists of his time to venture into philosophy. He found a union of concept in Charles Hartshorne, who became a lifelong friend and philosophical collaborator. Wright endorsed a form of panpsychism. He believed that the birth of the consciousness was not due to a mysterious property of increasing complexity, but rather an inherent property, therefore implying these properties were in the most elementary particles.

Further scientific work by Sewall Wright included evolutionary theory, path analysis, as well as plant and animal breeding. Sewall Wright and Ronald Fisher, along with J.B.S. Haldane, were the key figures in the modern synthesis that brought genetics and evolution together. Their work was essential to the contributions of Dobzhansky, Mayr, Simpson, Julian Huxley, and Stebbins. The modern synthesis was the most important development in evolutionary biology after Darwin. Wright also had a major effect on the development of mammalian genetics and biochemical genetics. He received many honors in his long career, including the National Medal of Science (1966), the Balzan Prize (1984), and the Darwin Medal of the Royal Society (1980). He was a member of the National Academy of Sciences and a Foreign Member of the Royal Society. The American Mathematical Society selected him as the Josiah Willards Gibbs lecturer for 1941.

Wright was physically and mentally very active into his old age. He died in 1988 at the age of 98 in Madison from the consequences of a pelvic fracture he had contracted during a fall during a hike.

A plea for GMO’s: Marc van Montagu at TEDxFlanders, [7]