You are here: Home › biology › Wilhelm Weinberg and the Genetic Equilibrium 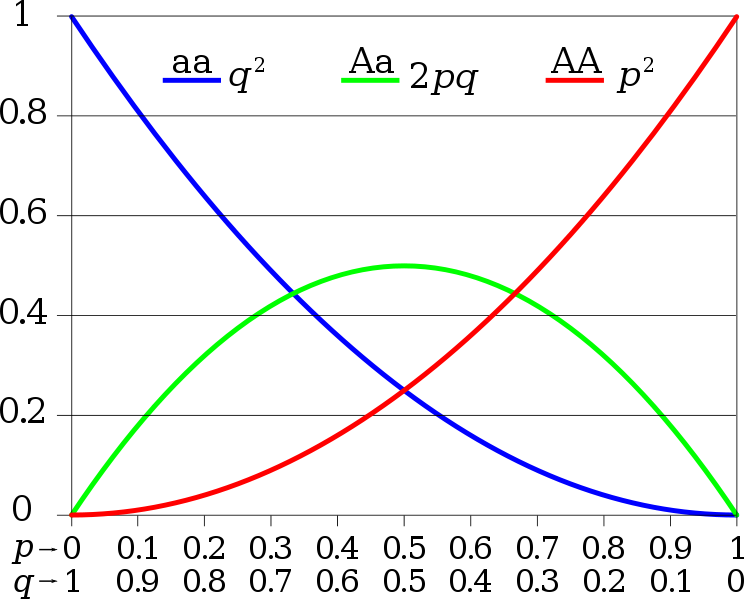 Wilhelm Weinberg was born in Stuttgart, Kingdom of Württemberg (today Germany). His father Julius Weinberg, a merchant, had Jewish roots, but he himself, like his mother Maria Magdalena Humbert, was baptized Protestant. He studied medicine at the Universities of Berlin, Tübingen, and Munich, Germany. He returned to Stuttgart in 1889, where he remained running a large practice as a gynecologist and obstetrician. He is known to have been a physician to the poor and delivered around 3500 babies in his life. Still, he managed to write over 160 scientific papers as well as numerous reviews and comments in addition. The fact that his recognition outside of the German speaking area was so little, was according to contemporary scientists highly noticeable in his writings. His criticism was often very personal and his reviews very argumentative.

However, the scientist is mainly known for his contributions to the Hardy–Weinberg principle. It is also known as the Hardy–Weinberg equilibrium, model, theorem, or law. It states that allele and genotype frequencies in a population will remain constant from generation to generation in the absence of other evolutionary influences. These influences include non-random mating, mutation, selection, genetic drift, gene flow and meiotic drive. Because one or more of these influences are typically present in real populations, the Hardy–Weinberg principle describes an ideal condition against which the effects of these influences can be analyzed. The principle was developed by the British mathematician Godfrey Harold Hardy and Weinberg independently. Weinberg’s work was published in a lecture at the Society for the Natural History of the Fatherland in Württemberg, which was six months before the publishing of Hardy’s paper in English.

Since Weinberg’s scientific work was published in German, it remained completely unrecognized for over 35 years. Curt Stern was a contemporary German geneticist and he immigrated to the United States just before World War II. When he found out, that the achievement of both scientists was named “Hardy’s law” or “Hardy’s formula”, he pointed out Weinberg’s work in a scientific paper. Another reason, why Weinberg’s achievement was ignored for so many years may be the fact that it was written very difficultly, even for native speakers. Still, he used only elementary mathematics and avoided calculus as much as he could.

Wilhelm Weinberg also pioneered in the studies of twins. He developed techniques to analyze the phenotypic variation that partitioned this variance into genetic and environmental components. Weinberg recognized that ascertainment bias was affecting many of his calculations, and he produced methods to correct for it. Weinberg observed that proportions of homozygotes in familial studies of classic autosomal recessive genetic diseases generally exceed the expected Mendelian ratio of 1:4, and he explained how this is the result of ascertainment bias. He discovered the answer to several seeming paradoxes caused by ascertainment bias and he recognized that ascertainment was responsible for a phenomenon known as anticipation, the tendency for a genetic disease to manifest earlier in life and with increased severity in later generations.

In 1910 Wilhelm Weinberg founded the Stuttgart branch of the Society for Racial Hygiene, of which he was chairman for a long time. During this period, Weinberg conducted a large-scale study of children of parents who had died of tuberculosis between 1873 and 1902 and compared their health status with that of their peers whose parents had not died of tuberculosis. Published under the title The Children of the Tuberculous in 1913, the study is considered a scientifically exemplary epidemiological cohort study of the first half of the twentieth century.[9,10]