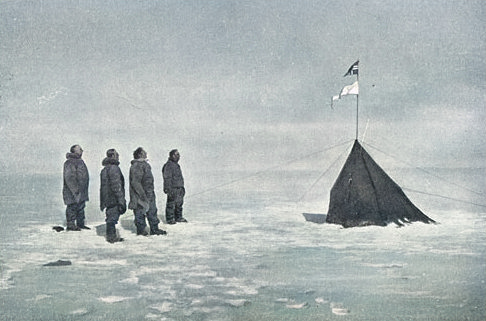 Roald Amundsen and his crew looking at the Norwegian flag at the South Pole, 1911

On December 14, 1911, Norwegian explorer Roald Amundsen and his expedition were the first to reach the geographic south pole, only five weeks ahead of a British party led by Robert Falcon Scott.[3]

Already during his childhood, Roald Amundsen was interested in the stories of discoverer and explorers. Especially travels to the polar regions fascinated him so much that he put himself into conditions like in polar areas as a young boy. Along with his friends, he hiked through the mountains in the winter for days while his grades decreased with every adventure. Amundsen enrolled at the university in order to study zoology, philosophy, and several languages to satisfy his mother. But as soon as she passed away, he dropped out, started a life on the sea and visited numerous glaciers in Norway. 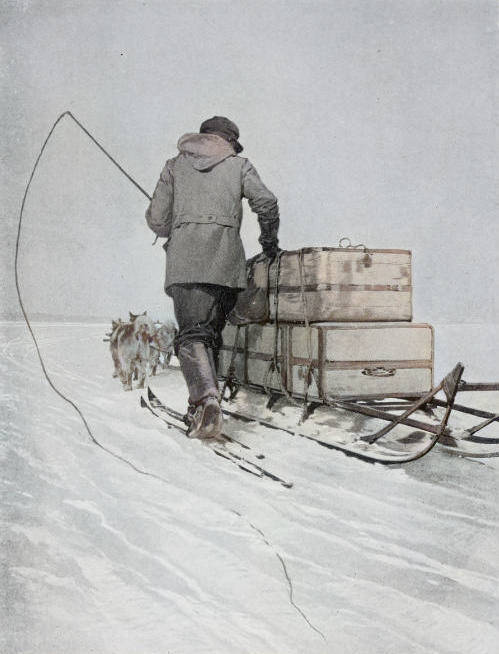 In 1896, he took part in the Belgica-Expedition into the Antarctica. After returning from his first expeditions, Amundsen traveled around Europe by bike and learned new measuring techniques by the physician Georg von Neumayer. After another expedition in 1903, Amundsen turned into a national hero. Shortly after, the explorer began planning an expedition to the north-pole. The plan was to discover the north-pole and be stuck in the ice for over five years. He received support by the government but soon a message reached him, saying that Cook and Peary achieved this goal already.

Shortly after, the adventurer decided to make his way all the way down to the south pole, but the new plan was kept secretly because he knew of Robert Scott’s expedition. He did not even tell the Norwegian government or even his crew about his plans, his brother was given the task to inform everyone about the changed goals after take off. 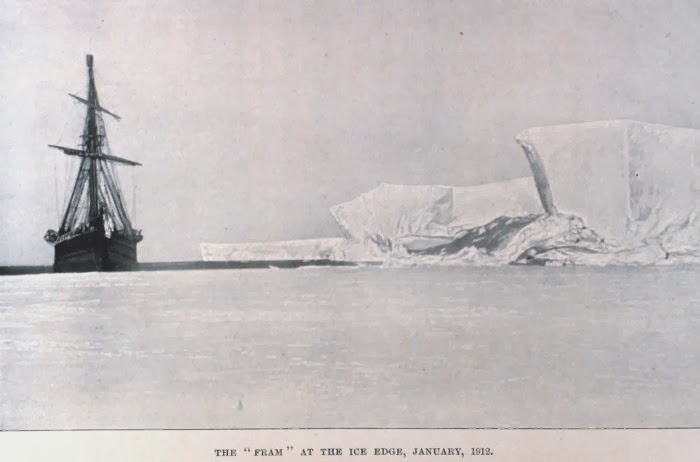 During his expedition, the main goal was to reach the south pole in contrast to Scott, who had numerous scientific objectives. At the beginning of the journey, the crew did not get along very well being very confused with the captain’s orders, which changed right after they were told about the changed plans. During a stop at Madeira, Amundsen let Robert Scott know about his plans and left for the south pole as soon as possible. But it was too early. The temperatures dropped to -56°C and they had to wait for the antarctic spring. In October, Amundsen and four further members of the crew left for the south pole. On their way, the men named many glaciers and finally managed to reach the south pole, five weeks ahead of Robert Scott, who was still in the middle of his last adventure. Amundsen’s men flagged the pole and it was later found that this was quite accurate, only being 180m off the mark.

Amundsen’s success was highly celebrated in Norway, but when the English found out that Robert Scott and his men froze to death, they openly denounced the Norwegian explorer. In the following years, Amundsen published several works describing his journey and gave lectures, but soon took of for further adventures. He started using aircraft for his expeditions, but during a rescue mission for Umberto Nobile, the plane crashed and Roald Amundsen died.[6]

At yovisto academic video search, you may enjoy the video lecture ‘Scott, Amundsen and Science‘ by science historian Edward Larson. He reexamines Roald Amundsen’s and Robert Scott’s so-called Race to the Pole in light of their objectives. Larson will retell the story of these expeditions in context and contrast it with the conventional wisdom about them.