You are here: Home › explorer › Ernest Shackleton and his South Pole Expeditions 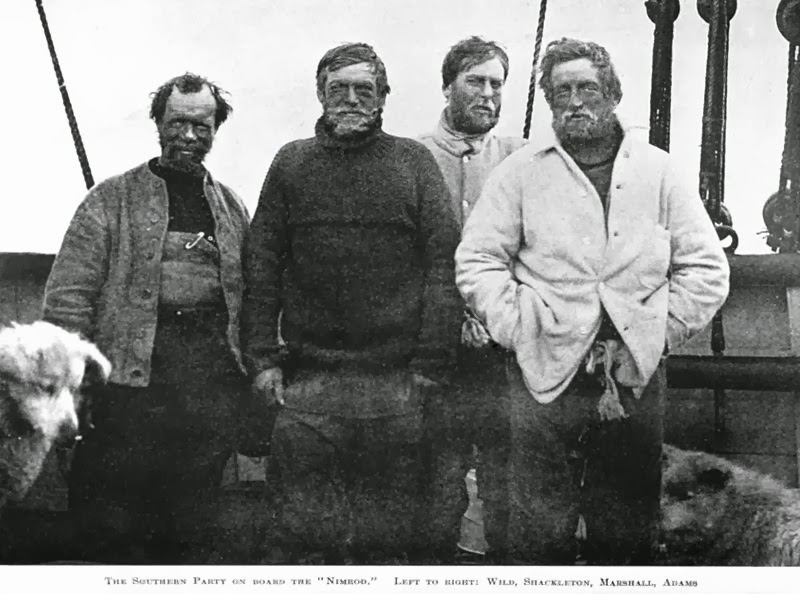 On 9 January 1909, British polar explorer Ernest Shackleton and three companions reached a new Farthest South latitude of 88° 23′ S, a point only 180 km from the South Pole and were forced to return to McMurdo Sound in a race against starvation.

“The outstanding feature of today’s march is that we have seen new land to the South never seen by human eyes before great snow clad heights [which] we did not see on our journey South on the last Expedition for we were too close to the land or rather foothills and now at the great distance we are out they can plainly be seen.”
– Ernest Shackleton, Heart of the Antarctic

Ernest Shackleton was born in Kilkea House, an estate near Athy, County Kildare, Ireland, the second of ten children of landowner Henry Shackleton (1847-1920) and his wife Henrietta Letitia Sophia (née Gavan, 1845-1929). In 1880 the family moved to Dublin, where Henry Shackleton studied medicine at Trinity College for the next four years. In December 1884 the family left Ireland and Shackleton’s father opened a medical practice in Croydon not far from London. After six months he gave up this practice and finally settled successfully as a doctor in Sydenham.

At the age of 16, Shackleton was allowed to leave school and go to the sea. Due to his family’s financial situation, the young adventurer was only able to become an apprentice “before the mast” for four years. Shackleton tried to achieve as many qualifications as possible and in 1898, he was certified as a Master Mariner, qualifying him to command a British ship anywhere in the world. When Shackleton transferred to the troop ship Triangle Castle during the Boer War, he met Cedric Longstaff, the son of Llewellyn W. Longstaff was the main financial backer of the National Antarctic Expedition then being organized in London. Shackleton managed to become a part of the ‘Discovery Expedition‘ as third officer and was commissioned into the Royal Navy as sub-lieutenant. 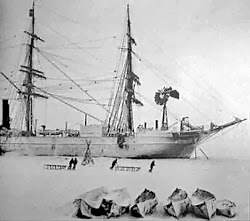 The Discovery in Antarctic waters, from The Voyage of the Discovery, Smith Elder & Co, London, 1905

Robert Scott and the Discovery Expedition

The expedition was led by Robert Falcon Scott and included scientific findings as well as geographical discovery.[5] The crew departed in July 1901, arriving at the Antarctic Coast about 6 months later. Shackleton was a popular member of the crew and he took part in several scientific investigations as well as adventures like a balloon flight in February. Scott even chose Shackleton along with the crew member Wilson to achieve the highest possible latitude in the direction of the South Pole. During the march, Shackleton became very ill and was sent back home after returning to the ship. However, it is assumed that due to Shackleton’s high popularity, Scott needed an excuse in order to get rid of him. The men started to dislike each other, but kept showing the needed respect in public.

After his first expedition, Shackleton attempted to work in various positions, but still aimed for the South Pole. He presented his plans for the Antarctic expedition to the Royal Geographic Society. The expedition was planned to have two major goals, reaching the South Pole as well as the South Magnetic Pole. The Nimrod Expedition departed in 1908. It is reported that due to his ability to communicate with the crew very well, Shackleton managed to keep up the high spirit despite several difficult situations during the expedition. The major goal, Shackleton achieved was reaching the farthest south latitude and the crew was the first to travel on the South Polar Plateau. Further achievements included the first ascent of Mount Erebus and the discovery of the approximate location of the South Magnetic Pole. The discoverer returned home as a hero, even though he never reached his actual expedition goals and started earning money with lecture tours.

While Shackleton already started making plans for another expedition, he had to wait for the outcome of Scott’s Terra Nova Expedition, which left in 1910. It was announced that the South pole was conquered by the Norwegian explorer Roald Amundsen in 1912 , but the outcome of Scott’s expedition was still unknown.[4] Shackleton came up with new plans. He wanted to achieve a continental crossing and titled his new expedition the “Imperial Trans-Antarctic Expedition“, also known as the Endurance Expedition. Two ships were employed, the Endurance with the main crew and the Aurora with the supporting party. 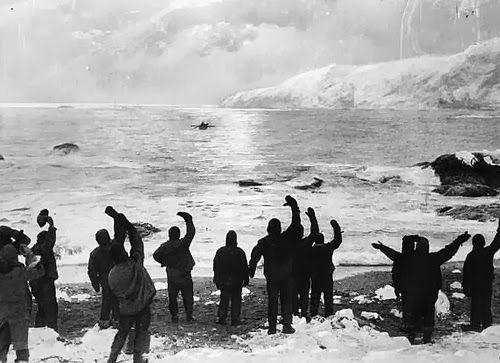 This time, Shackleton also wanted to loosen the very traditional hierarchies and expected all men including the scientists to take their share of the chores to generate an even better atmosphere on board. The expedition left in August 1914. In January 1915, the Endurance froze and had to be abandoned. The ship floated away and due to the significant damages during the winter, water began pouring in. The crew’s provisions were transferred to a camp on the ice but the men had to use the lifeboats very soon in order to head towards the nearest land. They arrived at Elephant Island, which was far from any shipping routes wherefore Shackleton along with a few further men had to risk an open boat journey to the South Georgia whaling stations, about 800 nautical miles away. After this epic adventure, the men actually arrived and were eventually able to mount a rescue of the men waiting on Elephant Island and bring them home without loss of life.

After World War I, Shackleton suffered from a heart disease but still made plans for a last “oceanographic and sub-antarctic expedition”, which included the circumnavigation of the Antarctic continent. Finally, on January 5, 1922, Ernest Shackleton suffered a fatal heart attack.